Home >  Postcards from the Past > Ethel Stokes

‘If there is one person to whom historians of the present and the future should acknowledge their debt, that person is Ethel Stokes’. Joan Wake wrote this tribute to her friend and colleague in 1954.

Miss Ethel Stokes was a pioneering advocate for records and archives in early 20th-century England. She is one of many pioneering women archivists whose contributions have been overlooked and whose voices have not been heard. Ethel Stokes was significantly involved in several major historical, literary and archival enterprises in early 20th-century England. She established the Records Preservation Section of the British Records Association (BRA); she transcribed for publication and wrote for printed works of reference, including local and British Record Society volumes. She also established an independent and successful business as a record agent, Stokes and Cox.

Ethel Stokes was born in Holloway, London in 1870, the daughter of a stockbroker’s clerk and a music teacher. She attended small female-run schools until 1885 when she went to Notting Hill High School, one of the first founded by the Girls’ Public Day School Company. Here she received an education in music, mathematics, art, science, history and languages and passed the university entrance examinations. However, by 1889 she was working at the UK Public Record Office (PRO) as a copyist for the New South Wales Government Archive, and began her work as a record agent, copying, transcribing and translating records in the Public Record Office in Chancery Lane, London, the British Museum and, later on, parish, ecclesiastical, municipal and estate records around the country. Another record agent, Miss de Alberti, later recalled when she first met Miss Stokes, describing her as having ‘a close Eton crop, a plain up and down navy blue dress, and square-toed low-heeled shoes … she scorned all feminine frippery’ and that ‘she had a very pleasant, frank face, fine eyes, a nice smile and a charming voice’. 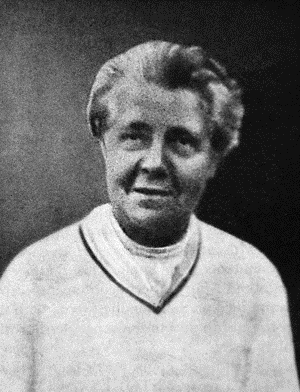 By 1903, Ethel Stokes had set up business as a record agent at Lincoln Chambers, 75 Chancery Lane, London with Mary Cox (1873-1936), her lifelong friend and business partner. The surviving account and letter books for Stokes and Cox run from 1903 to 1937 and show a thriving business, with clients in the USA, Canada, Australia, Argentina, as well as around Britain and on the continent. One case concerned finding documentation needed to submit to the authorities in Vienna for the ‘Aryan Certificates’ for Austrian refugees trying to reach England in the late 1930s.

Miss Stokes was closely involved in the editing of records for publication by the British Record Society and by county record and archaeological societies. She was also employed as a freelance editor by the PRO. For over 40 years, Miss Stokes worked with HA Doubleday, the publisher and genealogical researcher, on two great national literary enterprises that required extraordinary levels of expertise and persistence: the Victoria County History of England and the Complete Peerage.

Miss Stokes’s formal place in archival history perhaps rests on her role as founder in 1929 of the Records Preservation Committee, forerunner of the British Records Association. As Chairman and later Honorary Secretary of the Records Preservation Committee, Ethel Stokes established a huge network of over 300 volunteers and workers around the country who rescued, registered, sorted, listed and distributed archives to the localities in the interwar period, ensuring that by 1944 records preservation work had achieved a national profile. She helped to ensure the preservation of archives of great significance to local and national history and rescued major archives that formed the core of many newly established county record services. As Joan Wake wrote, Ethel Stokes was ‘a great pioneer, a great leader, above all, a truly great woman’.

Ethel Stokes’s life story is one in a collective biography reconstructing the different communities, government and educational institutions, and the network of lives, social relationships, and individual interests, that combined to bring about the emergence of the archival profession in early 20th-century England. A published paper considers Miss Stokes’s family and educational background, her friendships, charitable work, and her professional activities and projects (Elizabeth Shepherd, ‘Pioneering women archivists in England: Ethel Stokes (1870–1944), record agent’, Archival Science, 17: 2 (2017): 175-194. https://link.springer.com/article/10.1007%2Fs10502-016-9272-x).