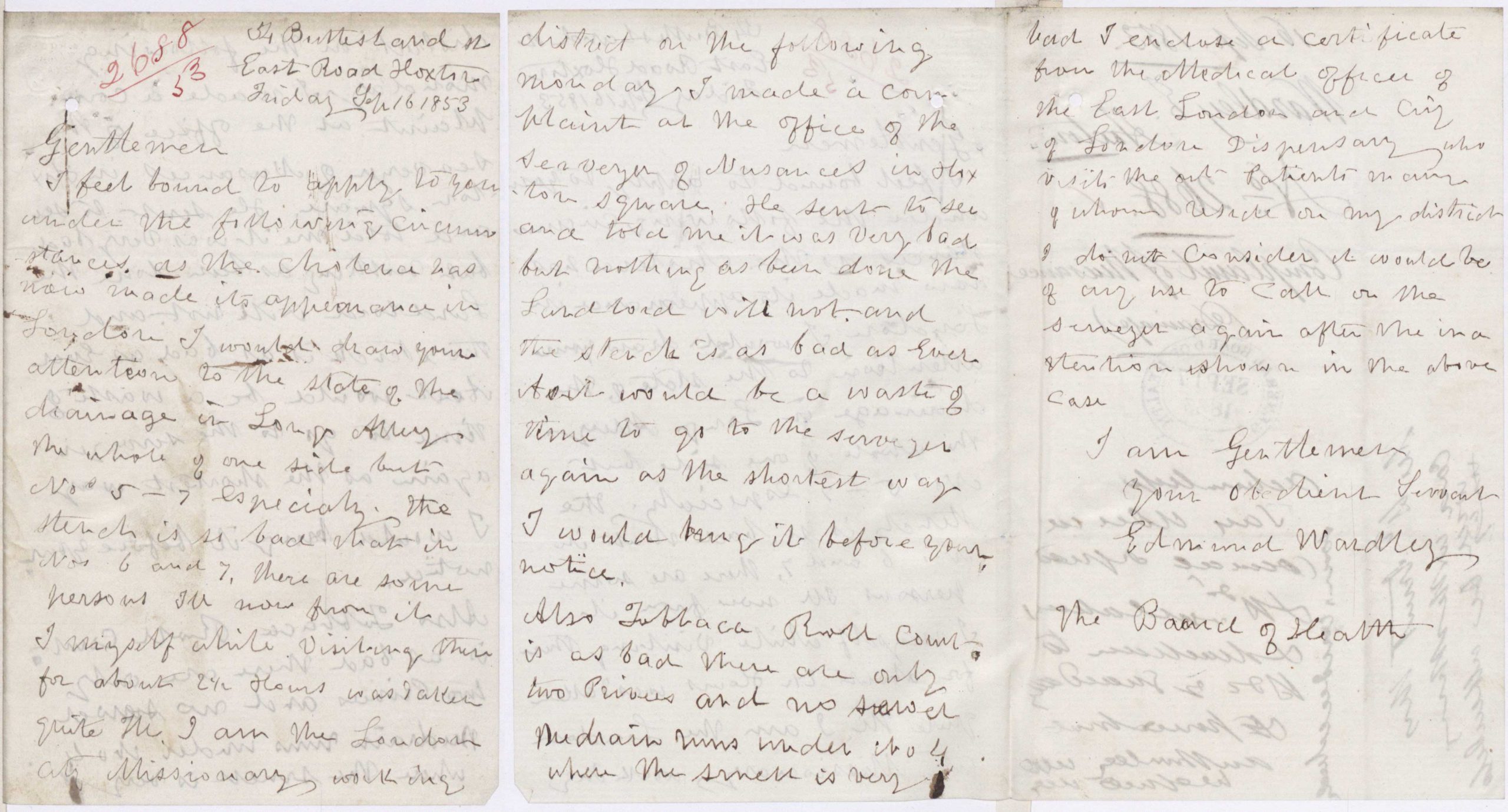 A ‘nuisance letter’ to the Board of Health from a London City Missionary working in the Shoreditch area of East London, 16 September 1853, Catalogue ref: MH 13/261.

The letter touches on various issues such as poor drainage, lack of privies, ineffective landlords and sanitary officials which are endangering public health. It serves as a final plea for help to the Board of Health from a concerned individual.

I feel bound to apply to you under the following circumstances as the Cholera has now made its appearance in London. I would draw your attention to the state of the drainage in Long Alley. The whole of one side, but Nos 5-7 especially. The stench is so bad that in No. 6 and 7, there are some persons, I know from it, I, myself while visiting there for about 2½ hours, was taken quite ill. I am the London City Missionary working district, on the following Monday I made a complaint to the surveyor of Nuisances in Hoxton Square. He sent to see and told me it was very bad but nothing [has] been done. The landlord will not and the stench is as bad as ever. As it would be a waste of time to go to the surveyor again, as the shortest way, I would bring it before your notice.

Also, Tabbaca Roll Court is as bad, there are only two privies and no sewer. The drain runs under No. 4 where the smell is very bad. I enclose a certificate from the Medical Officer of the East London and City of London Dispensary who visits the out patients many of whom reside on my district. I do not consider it would be of any use to call on the surveyor again after the inattention shown in the above case.

I am Gentlemen, your obedient servant, Edward Wardley