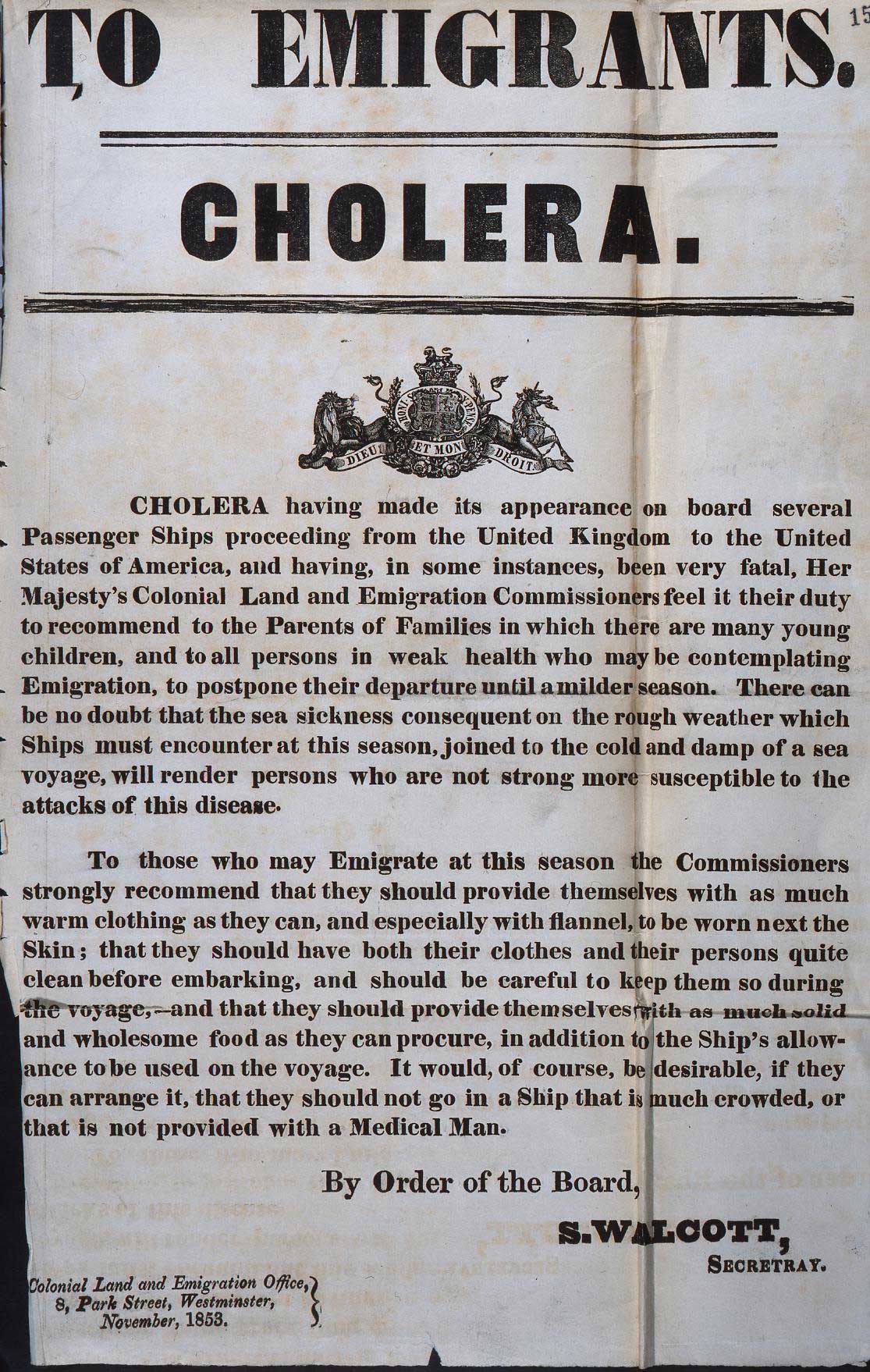 CHOLERA having made its appearance on board several Passenger Ships proceeding from the United Kingdom to the United States of America, and having, in some instances, been very fatal, Her Majesty’s Colonial Land and Emigration Commissioners feel it their duty to recommend to the Parents of Families in which there are many young children, and to all persons in weak health who may be contemplating Emigration to postpone departure until a milder season. There can be no doubt that sea sickness consequent on the rough weather which Ships must encounter at this season, joined to the cold and damp of a sea voyage, will render persons who are not strong more susceptible to the attacks of this disease.

To those who may Emigrate at this season the Commissioners strongly recommend that they should provide themselves with as much warm clothing as they can, and especially with flannel, to worn next to the Skin; that they should have both their clothes and their persons quite clean before embarking, and should be careful to keep them so during the voyage,-and that they should provide themselves with as much solid and wholesome food as they can procure, in addition to the Ship’s allowance to be used on the voyage. It would, of course, be desirable, if they can arrange it, that they should not go in a Ship that is much crowded, or that is not provided with a Medical Man.

By Order of the Board, S.WALCOTT