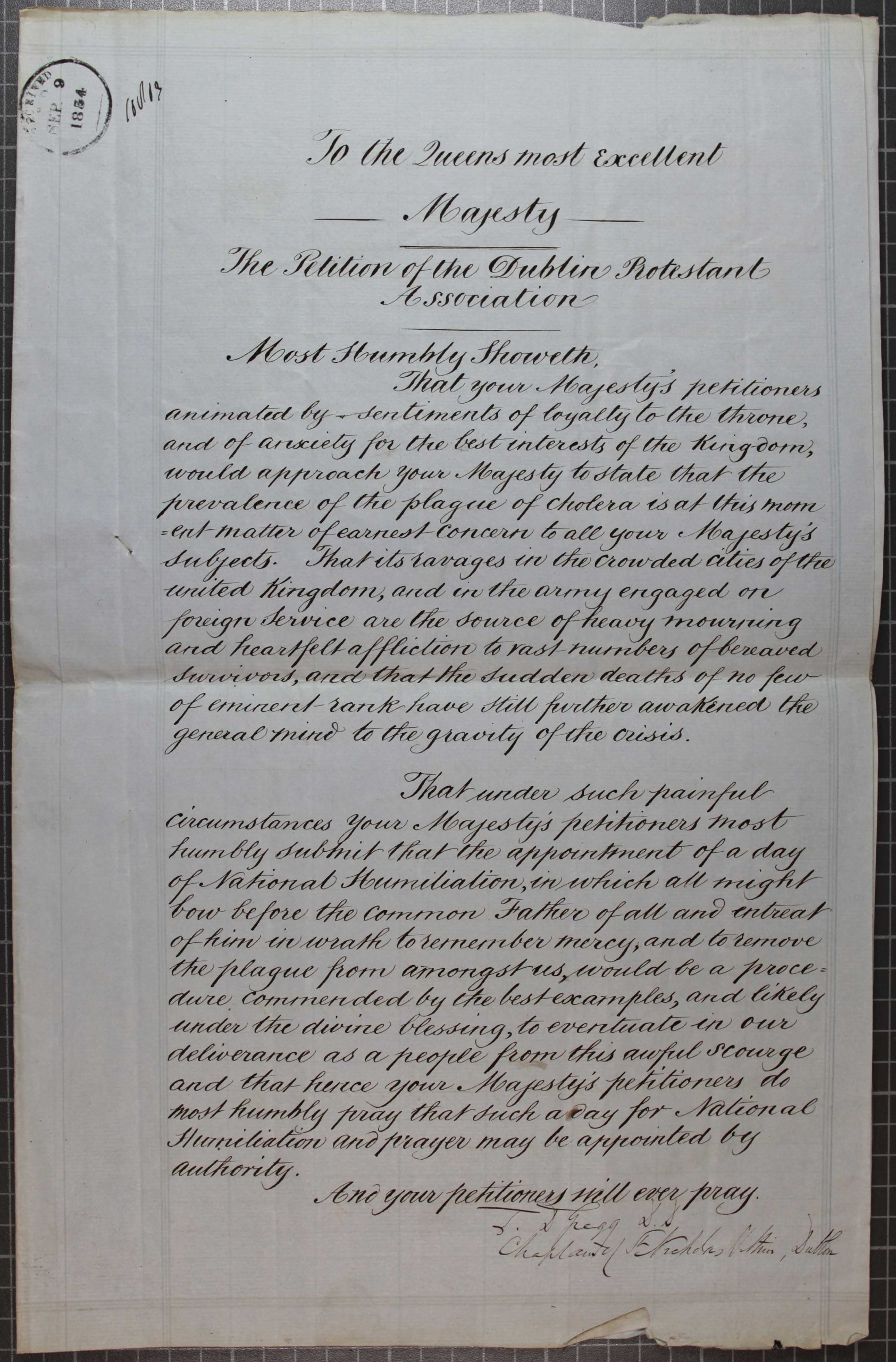 Petition from Dublin calling Queen Victoria to hold a day of National Humiliation for fasting and prayer to ‘remove the plague from amongst us’, 9 September 1854, Catalogue ref: HO 45

To the Queens most excellent

The Petition of the Dublin Protestant

That Your Majesty’s petitioners animated [excited] by sentiments of loyalty to the throne, and of anxiety for the best interests of the Kingdom, would approach your Majesty to state that the prevalence of the plague of cholera is at this moment matter of earnest concern of all your Majesty’s subjects. That its ravages in the crowded cities of the United Kingdom, and in the army engaged on foreign service are the source of heavy mourning and heartfelt affliction to vast numbers of bereaved survivors, and that the sudden deaths of no few of eminent [high] rank have still further awakened the general mind to the gravity of the crisis.

That under such painful circumstances your Majesty’s petitioners most humbly submit that the appointment of a day of National Humiliation [fasting and prayer], in which all might bow before the common Father of all and entreat of him in wrath to remember mercy, and to remove the plague from amongst us, would be a procedure commended by the best examples, and likely under the divine blessing to eventuate [bring about] in our deliverance as a people from this awful scourge and that hence your Majesty’s petitioners do most humbly pray that such a day for National Humiliation and prayer may be appointed by authority.

And your petitioners will ever pray.