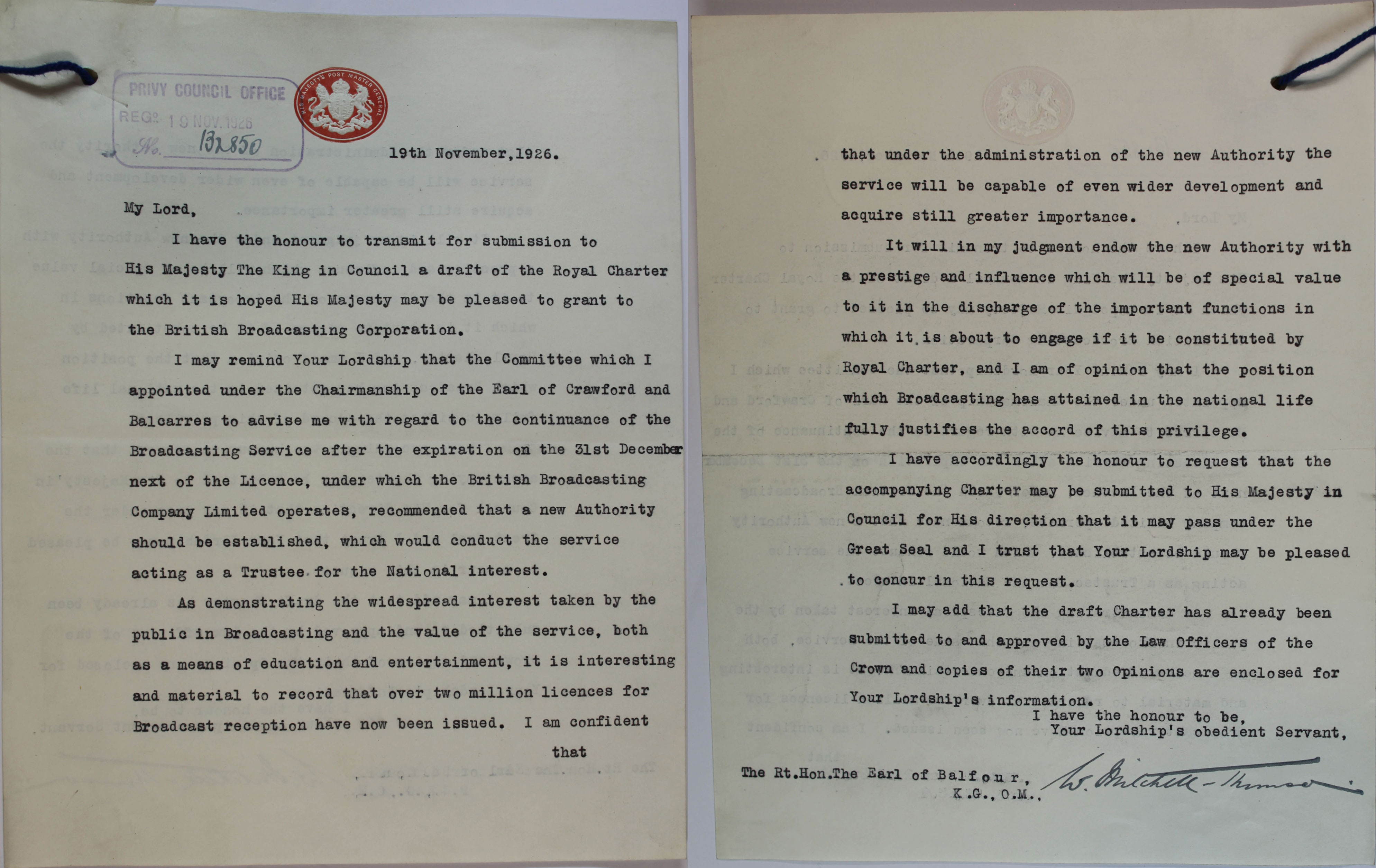 I have the honour to transmit for submission to His Majesty The King in Council a draft of the Royal Charter which it is hoped His Majesty may be pleased to grant to the British Broadcasting Corporation.

I may remind Your Lordship that the Committee which I appointed under the Chairmanship of the Earl of Crawford and Balcarres to advise me with regard to the continuance of the Broadcasting Service after the expiration on the 31st December next of the Licence, under which the British Broadcasting Company Limited operates, recommended that a new Authority should be established, which would conduct the service acting as a Trustee for the National interest.

As demonstrating the widespread interest taken by the public in Broadcasting and the value of the service, both as a means of education and entertainment, it is interesting and material to record that over the two million licences for Broadcast reception have been issued. I am confident that under the administration of the new Authority the service will be capable of even wider development and acquire still greater importance.

It will in my judgement endow the new Authority with a prestige and influence which will be of special value to it in the discharge of the important functions in which it is about to engage if it be constituted by Royal Charter, and I am of the opinion that the position which Broadcasting has attained in the national life fully justifies the accord of this privilege.

I have accordingly the honour to request that the accompanying Charter may be submitted to His Majesty in Council for His direction that it pass under the Great Seal and I trust that Your Lordship may be pleased to concur in this request.

I may add that the draft Charter has already been submitted to and approved by the Law Officers of the Crown and copies of their two opinions are enclosed for Your Lordship’s information.

I have the honour to be,