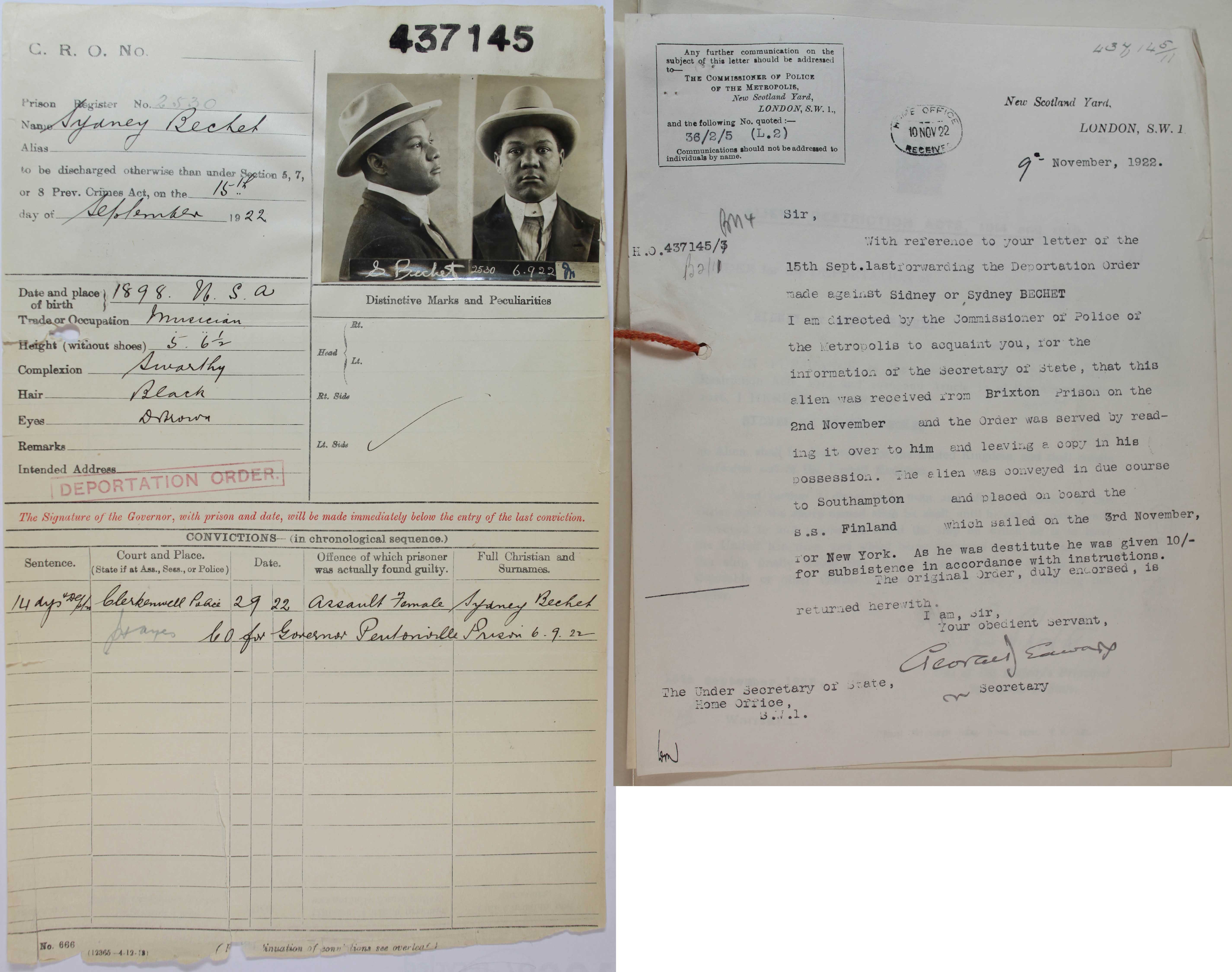 In 1919, Sidney Bechet, jazz musician, went to New York City and joined Will Marion Cook’s Syncopated Orchestra. They went to Europe and performed at London’s Royal Philharmonic Hall. During the 1920s jazz was popular boosted by the music newspaper, Melody Maker, first published in 1926 and radio programmes from the new British Broadcasting Corporation. Jazz records from America were more available in Britain and British musicians like Patrick Cairns and ‘Spike’ Hughes learnt from American performers.

To be discharged otherwise than under Section 5, 7,

Any further communication on the subject of this letter should be addressed to:-

And the following No. quoted:-

Communications should not be addressed to

With reference to your letter of the 15th Sept. last forwarding the Deportation order made against Sidney or Sydney BECHET.

I am directed by the Commissioner of Police of the Metropolis to acquaint you, for the information of the Secretary of State, that this alien was received from Brixton Prison 2nd November and the order was served by reading it over to him and leaving a copy in his possession. The alien was conveyed in due course to Southampton and placed on board the S.S. Finland which sailed on 3rd November, for New York. As he was destitute he was given 10/- for subsistence in accordance with instructions. The original Order, duly endorsed, is returned herewith.

I am Sir, Your obedient Servant,

The Under Secretary of State,