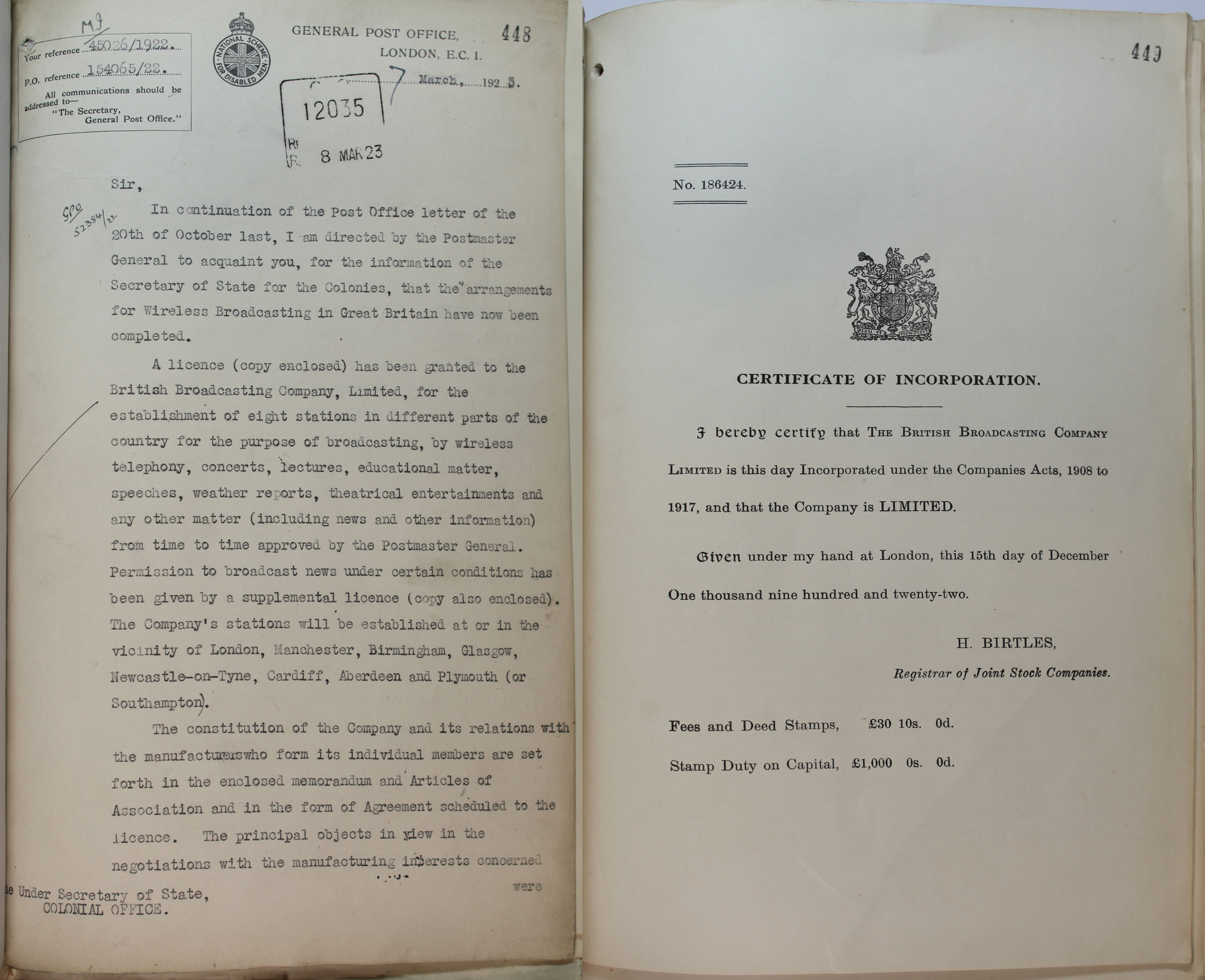 Extract of a letter from General Post Office to the Secretary of State for the Colonial Office about the licensing of the BBC, 8 March, 1923, (Catalogue ref: CO 323/904)

All communications should be addressed to-

In continuation of the Post Office letter of the 20th of October last, I am directed by the Postmaster General to acquaint you, for the information of the Secretary of State for the Colonies, that the arrangements for Wireless Broadcasting in Great Britain have now been completed.

A licence (copy enclosed) has been granted to the British Broadcasting Company, Limited, for the establishment of eight stations in different parts of the country for the purpose of broadcasting, by wireless telephony, concerts, lectures, educational matter, speeches, weather reports, theatrical entertainments and any other matter (including news and other information) from time to time approved by the Post Master General. Permission to broadcast news under certain conditions has been given by a supplemental licence (copy also enclosed). The Company’s stations will be established at or in the vicinity of London, Manchester, Birmingham, Glasgow, Newcastle-on-Tyne, Cardiff, Aberdeen, and Plymouth (or Southampton).

I thereby certify that THE BIRTISH BROADCASTING COMPANY LIMITED is this day Incorporated under the Companies Act, 1908 to 1917, and that the Company is LIMITED.

Given under my hand at London, this 15th day of December One Thousand nine hundred and twenty-two.