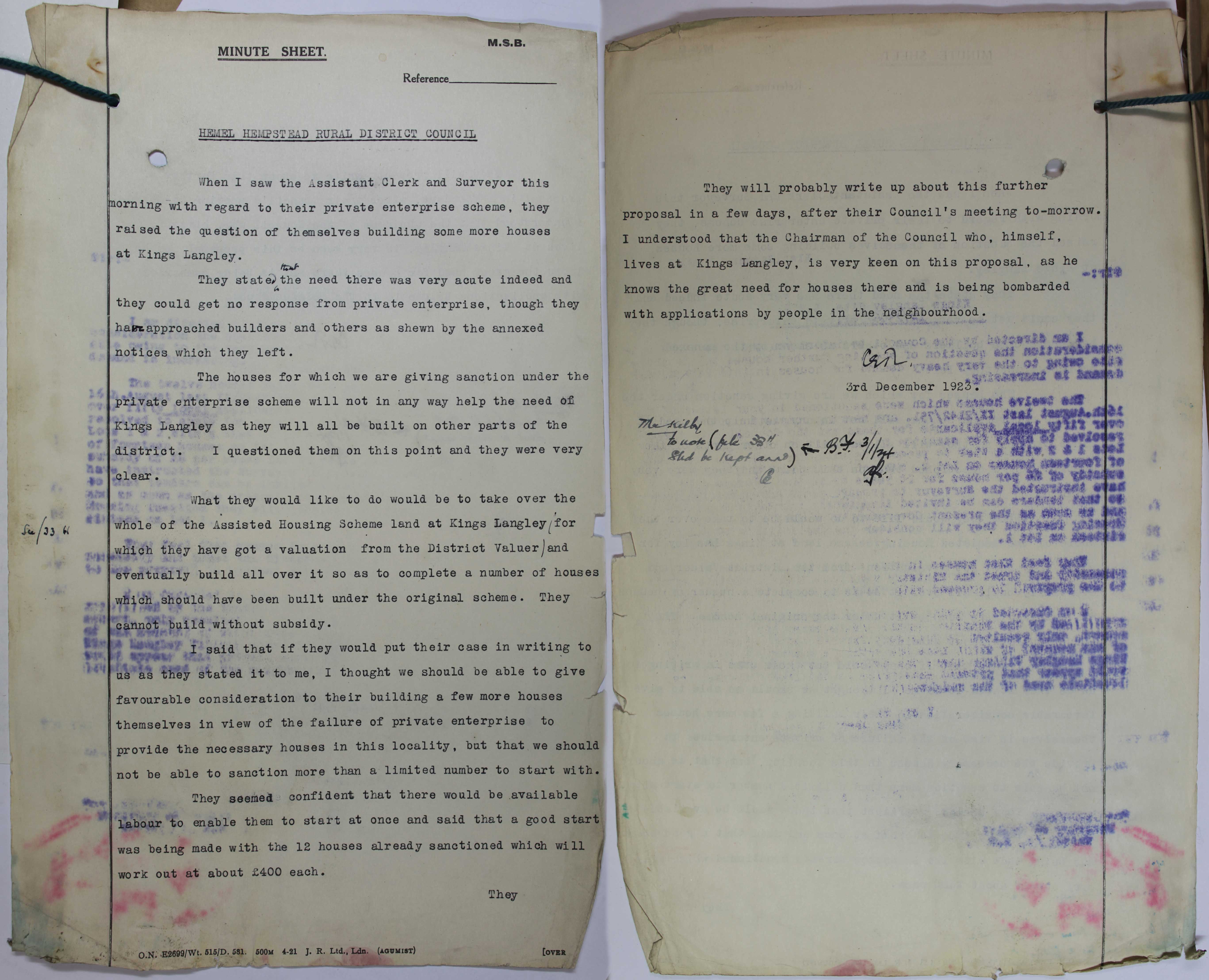 When I last saw the Assistant Clerk and Surveyor this morning with regard to their private enterprise scheme, they raised the question of themselves building some more houses at Kings Langley.

They stated that the need there was very acute indeed and they could get no response from private enterprise, though they had approached builders and others as shown by the annexed notices which they left.

The houses for which we are giving sanction under the private enterprise scheme will not in any way help the need of Kings Langley as they will all be built on other parts of the district. I questioned them on this point and they were very clear.

What they would like to do would be to take over the whole of the Assisted Houses Scheme land at Kings Langley for which they have got a valuation from the District Valuer and eventually build all over it so as to complete a number of houses which should have been built under the original scheme. They cannot build without subsidy.

I said that if they would put their case in writing to us as they stated to me, I thought we should be able to give favourable consideration to their building a few more houses themselves in view of the failure of private enterprise to provide the necessary homes in this locality, but that we should not be able to sanction more than a limited number to start with.

They seemed confident that there would be available labour to enable them to start at once and said that a good start was being made with the 12 houses already sanctioned which will work out at about £400 each.

They will probably write up about this further proposal in a few days, after their Council’s meeting tomorrow. I understood that the Chairman of the Council who, himself, lives at King’s Langley, is very keen on this proposal, as he knows the great need for the houses here and is being bombarded with applications by people in the neighbourhood.