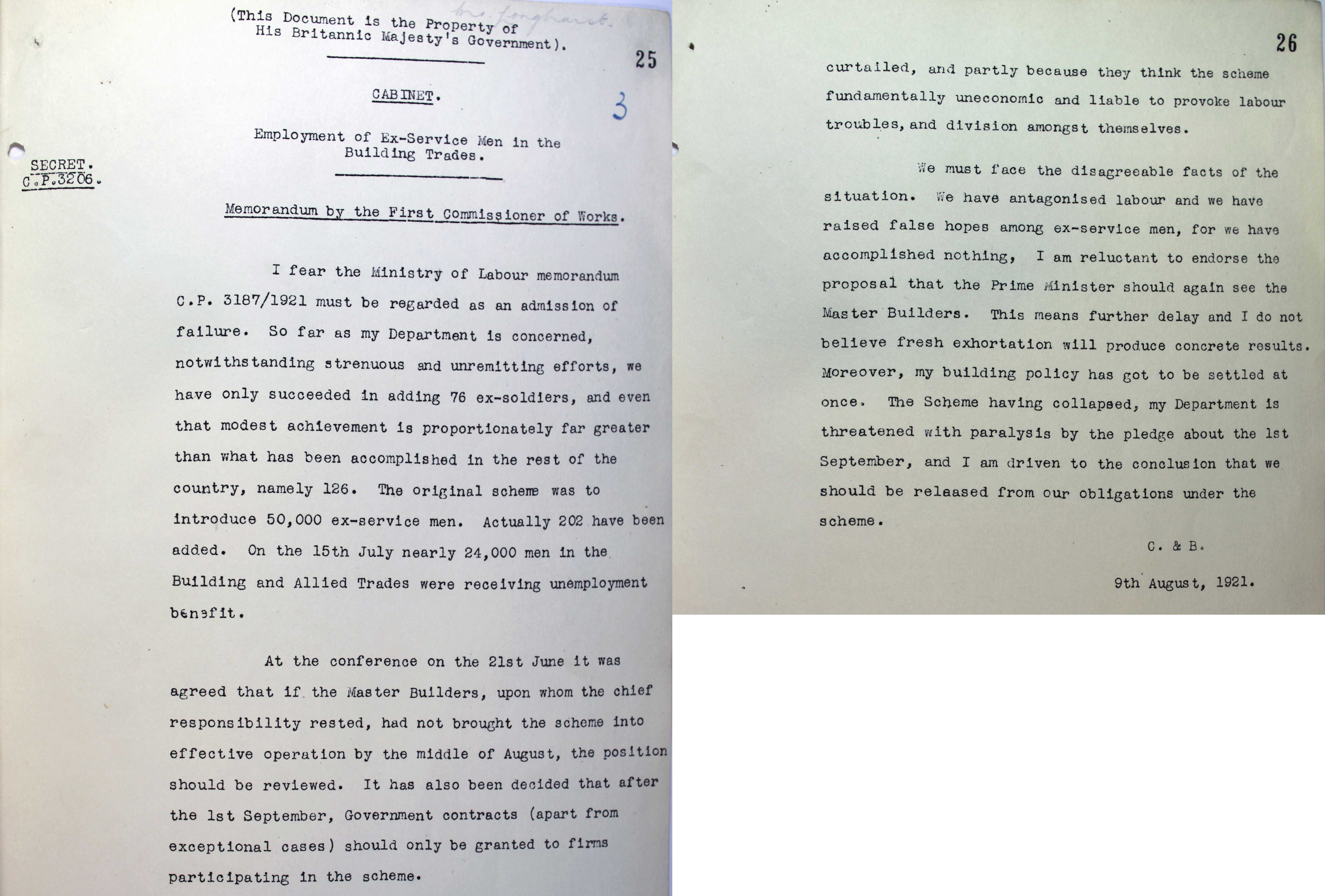 Cabinet memorandum by First Commissioner of Works on the employment of ex-servicemen in the building trades, 1921 (Catalogue ref: CAB 24/127)

Employment of Ex-Service Men in the Building Trades

Memorandum by the First Commissioner of Works

I fear the Ministry of Labour memorandum C.P.3187/1921 must be regarded as an admission of failure. So far as my Department is concerned, notwithstanding strenuous and unremitting efforts, we have only succeeded 76 ex-soldiers, and even that modest achievement is proportionately far greater than what has been accomplished in the rest of the country, namely 126. The original scheme was to introduce 50,000 ex-servicemen. Actually 202 have been added. On the 15th July nearly 24,000 men in the Building and Allied Trades were receiving unemployment benefit.

At the conference on the 21st June it was agreed that if the Master Builders, upon whom the chief responsibility rested, had not brought the scheme into effective operation by the middle of August, the position should be reviewed. It has also been decided that after the 1st September, Government contracts (apart from exceptional cases) should only be granted to firms participating in the scheme.

We must face the disagreeable facts of the situation. We have antagonised labour and we have raised false hopes among ex-service men, for we have accomplished nothing, I am reluctant to endorse the proposal that the Prime Minister should again see the Master Builders. This means further delay and I do not believe fresh exhortation will produce concrete results. Moreover, my building policy has got to be settled at once. The scheme having collapsed, my Department is threatened with paralysis by the pledge about the 1st September, and I am driven to the conclusion that we should be released from our obligation under the scheme.