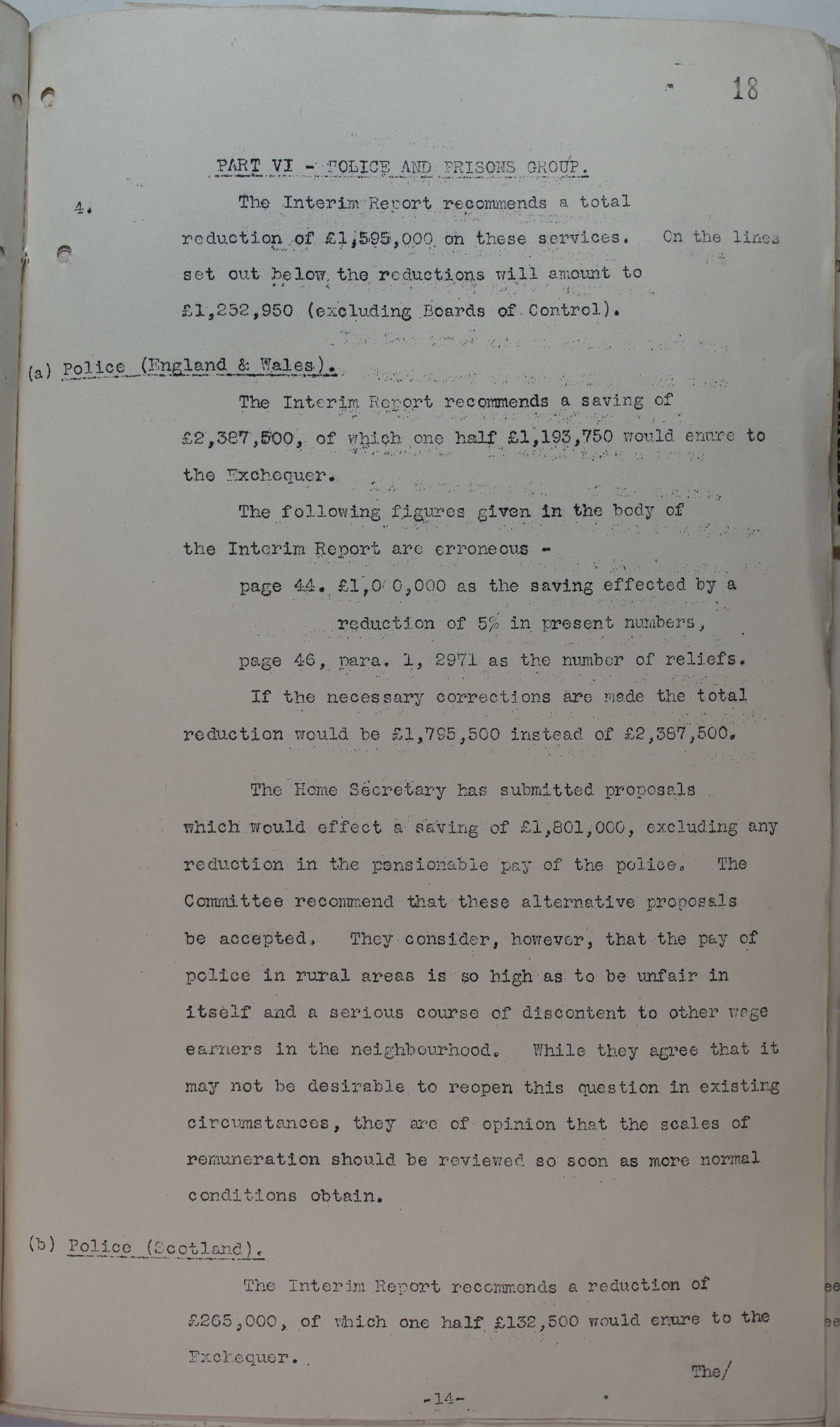 This is an extract from the Second Interim Report of the Geddes Committee (Committee on National Expenditure) which was appointed on authority of Cabinet on 15 August 1921 and chaired by Sir Eric Geddes. In this source, the Committee recommended cuts in expenditure on the police. (Catalogue ref: CAB 27/166)

The Interim Report recommends a total reduction of £1,595,000 on these services. On the lines set out below the reductions will amount to £1,252,950 (excluding Boards of Control).

The Interim Report recommends a saving of £2,387,500 of which half £1,193,750 would enure [belong] to the Exchequer [government department that receives and gives out public money].

The Home Secretary has submitted proposals which would effect a saving of £1,801,000, excluding any reduction in the pensionable pay of the police. The Committee recommend that these alternative proposals be accepted. They consider, however, that the pay of police in rural areas is so high as to be unfair in itself and a serious course (sic) of discontent to other wage earners in the neighbourhood. While they agree that it may not be desirable to reopen this question in existing circumstances, they are of the opinion that the scales of remuneration [pay] should be reviewed as soon as more normal conditions obtain.