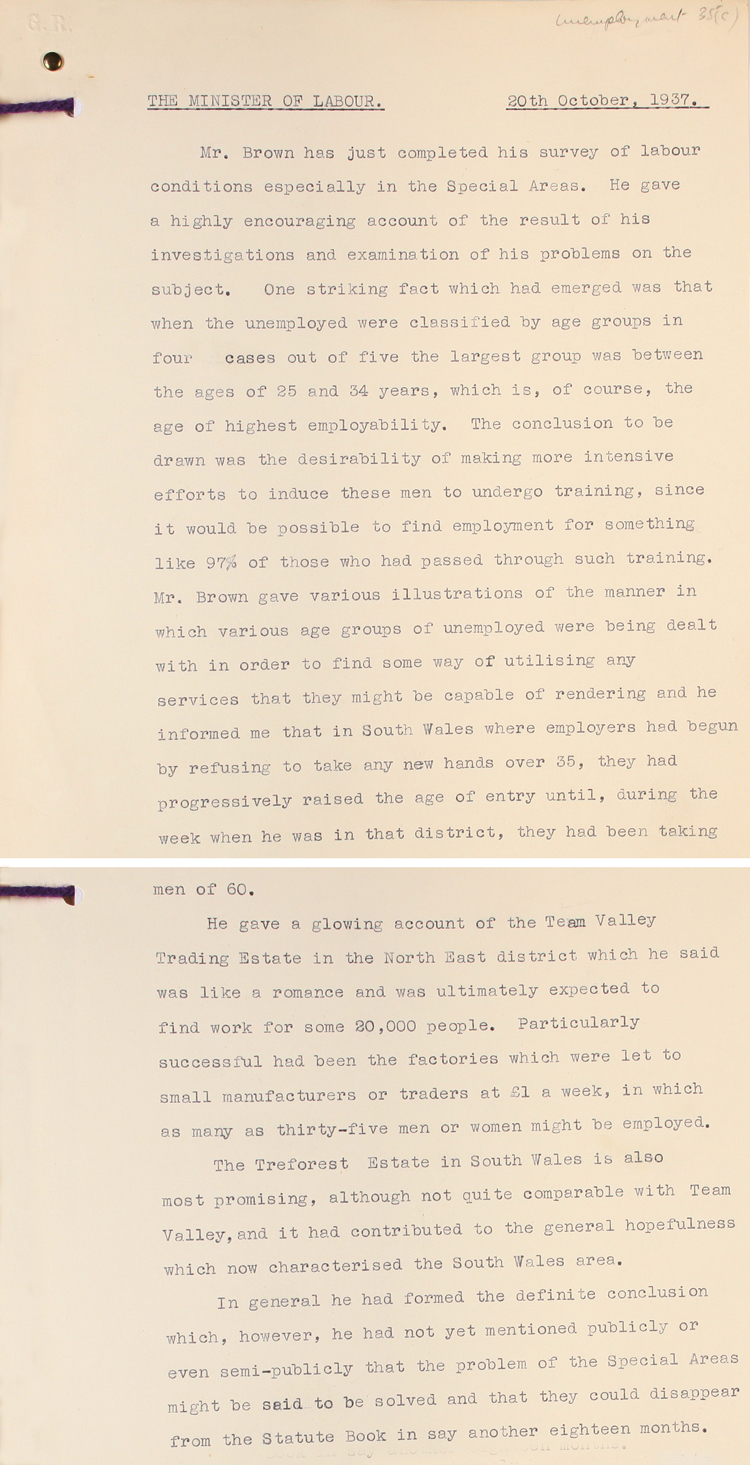 Mr Brown has just completed his survey of labour conditions especially in the Special Areas. He gave a highly encouraging account of the result of his investigations and examination of his problems on the subject. One striking fact which had emerged was that when the unemployed were classified by age groups in four cases out of five the largest group was between the ages of 25 and 34 years, which is, of course, the age of highest employability. The conclusion to be drawn was the desirability of making more intensive efforts to induce these men to undergo training, since it would be possible to find employment for something like 97% of those who had passed through such training. Mr Brown gave various illustrations of the manner in which various age groups of unemployed were being dealt with in order to find some way of utilising any services that they might be capable of rendering and he informed me that in South Wales where employers had begun by refusing to take any new hands over 35, they had progressively raised the age of entry until, during the week when he was in that district, they had been taking men of 60.

He gave a glowing account of the Team Valley Trading Estate in the North East district which he said was like a romance and was ultimately expected to find work for some 20,000 people. Particularly successful had been the factories which were let to small manufacturers or traders at £1 a week, in which as many as thirty-five men or women might be employed.

The Treforest Estate in South Wales is also most promising, although not quite comparable with Team Valley, and it had contributed to the general hopefulness which now characterised the South Wales area.

In general he had formed the definite conclusion which, however, he has not yet mentioned publicly or even semi-publicly that the problem of the Special Areas might be said to be solved and that they could disappear from the Statute Book in say another eighteen months.