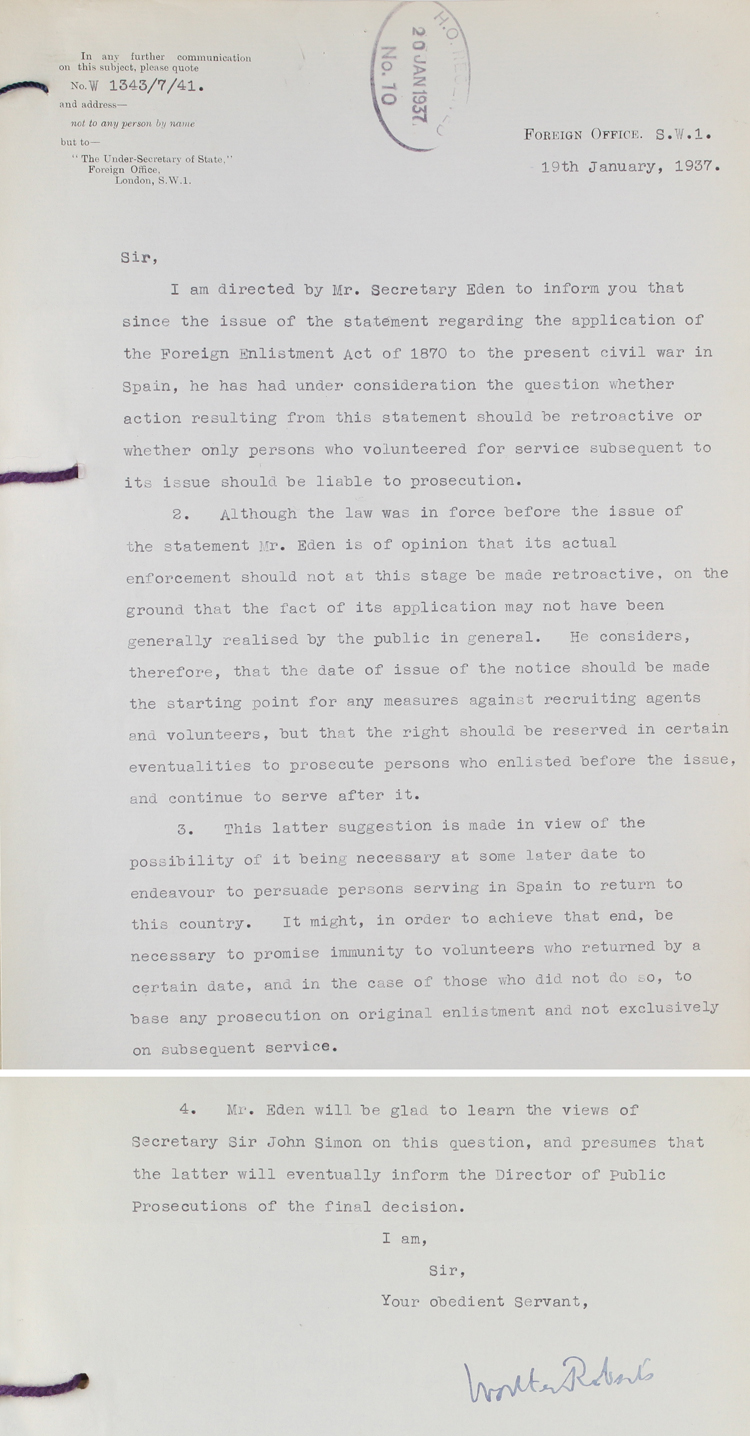 In any further communication on this subject, please quote
No. W 1343/7/41.
and address—
not to any person by name
but to—
“The Under-Secretary of State,”
Foreign Office,
London, S.W.1.

I am directed by Mr. Secretary Eden to inform you that since the issue of the statement regarding the application of the Foreign Enlistment Act of 1870 to the present civil war in Spain, he has had under consideration the question whether action resulting from this statement should be retroactive or whether only persons who volunteered for service subsequent to its issue should be liable to prosecution.

2. Although the law was in force before the issue of the statement Mr. Eden is of opinion that its actual enforcement should not at this stage be made retroactive, on the ground that the fact of its application may not have been generally realised by the public in general. He considers, therefore, that the date of issue of the notice should be made the starting point for any measures against recruiting agents and volunteers, but that the right should be reserved in certain eventualities to prosecute persons who enlisted before the issue, and continue to serve after it.

3. This latter suggestion is made in view of the possibility of it being necessary at some later date to endeavour to persuade persons serving in Spain to return to this country. It might, in order to achieve that end, be necessary to promise immunity to volunteers who return by a certain date, and in the case of those who did not do so, to base any prosecution on original enlistment and not exclusively on subsequent service.

4. Mr Eden will be glad to learn the views of Secretary Sir John Simon on this question, and presumes that the latter will eventually inform the Director of Public Prosecutions of the final decision.

I am,
Sir,
Your obedient Servant,
Walter Roberts