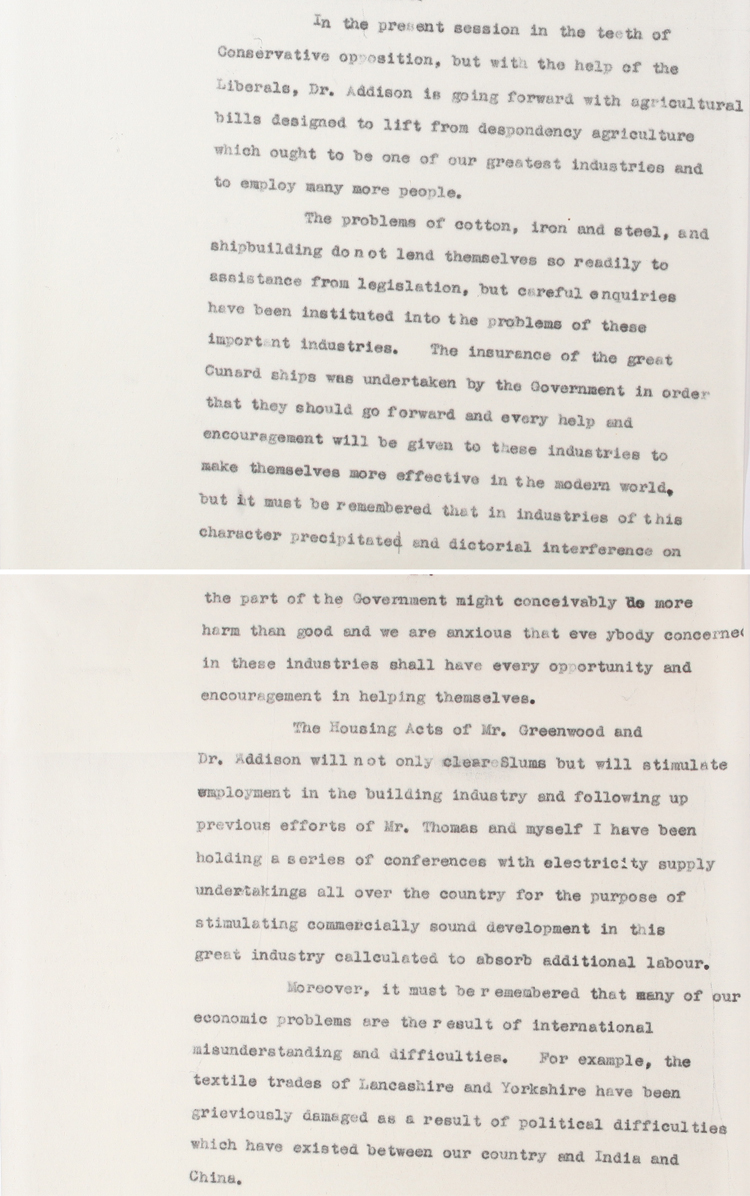 In the present session in the teeth of Conservative opposition, but with the help of the Liberals, Dr. Addison is going forward with agricultural bills designed to lift from despondency agriculture which ought to be one of our greatest industries and to employ many more people.

The problem of cotton, iron and steel, and shipbuilding do not lend themselves so readily to assistance from legislation, but careful enquiries have been instituted into the problems of these important industries. The insurance of the great Cunard ships was undertaken by the Government in order that they should go forward and every help and encouragement will be given to these industries to make themselves more effective in the modern world, but it must be remembered that in industries of this character precipitated and dictatorial interference on the part of the Government might conceivably do more harm than good and we are anxious that everybody concerned in these industries shall have every opportunity and encouragement in helping themselves.

The Housing Acts of Mr. Greenwood and Dr. Addison will not only clear slums but will stimulate employment in the building industry and following up previous efforts of Mr. Thomas and myself I have been holding a series of conferences with electricity supply undertakings all over the country for the purpose of stimulating commercially sound development in this great industry calculated to absorb additional labour.

Moreover, it must be remembered that many of our economic problems are the result of international misunderstandings and difficulties. For example the textile trades of Lancashire and Yorkshire have been grievously damaged as result of political difficulties which have existed between our country and India and China.