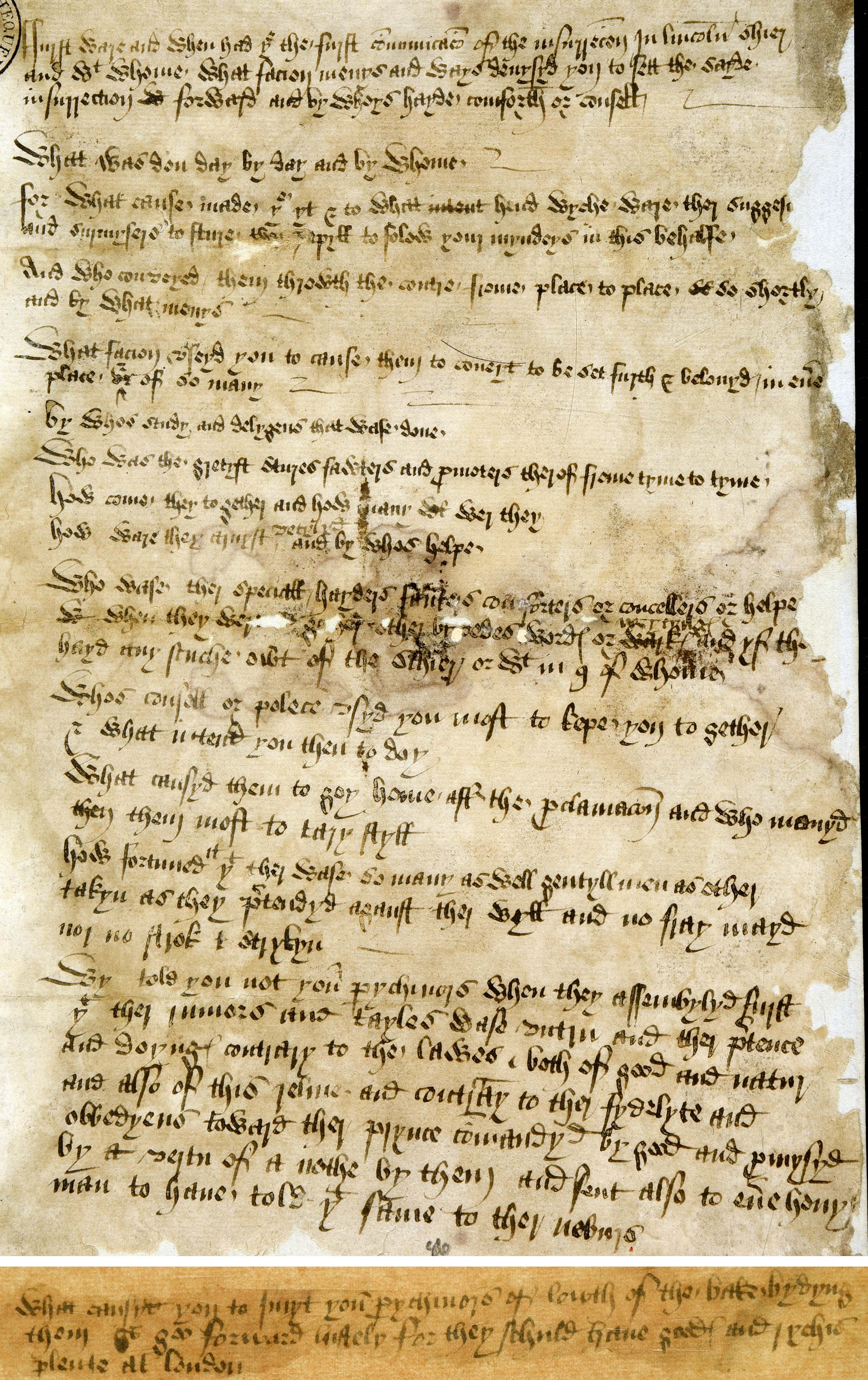 Extract showing questions put to the Vicar of Louth, arrested as part of the Lincolnshire Rising against the dissolution of the monasteries which marked the start of the Pilgrimage of Grace in 1536. This reveals some insight into the state’s concerns and the information they required (SP1/114 f.73r-73v)

1537, Interogatories [questions] for the vicar of Louth

First where and when had ye the first communication of the insurrection in Lincolnshire and with whom, what fashion means and ways devised you to set the said insurrection forward and by whose had comfort or consent.

What was done day by day and by whom

And who conveyed them through the county from place to place, so shortly [quickly] and by what means

By whose study and diligence that was done

How come they to gather and how many were they

How were they victualled [fed] and by whose help

How fortuned [fortunate] it that there was so many as well gentlemen as other taken as they pretended against their will and no fray [affray, public disorder] made nor no stroke strykyn [stricken]

Why told you not your parishioners when they assembled first that their rumours and tales was untrue and their pretence and doings contrary to the laws both of God and nature and also of this realm. And contrary to their fidelity and obedience toward their prince commended by good and promised by a virtue of another by then and sent also to anybody[document damaged] man to have told that same to their neighbours