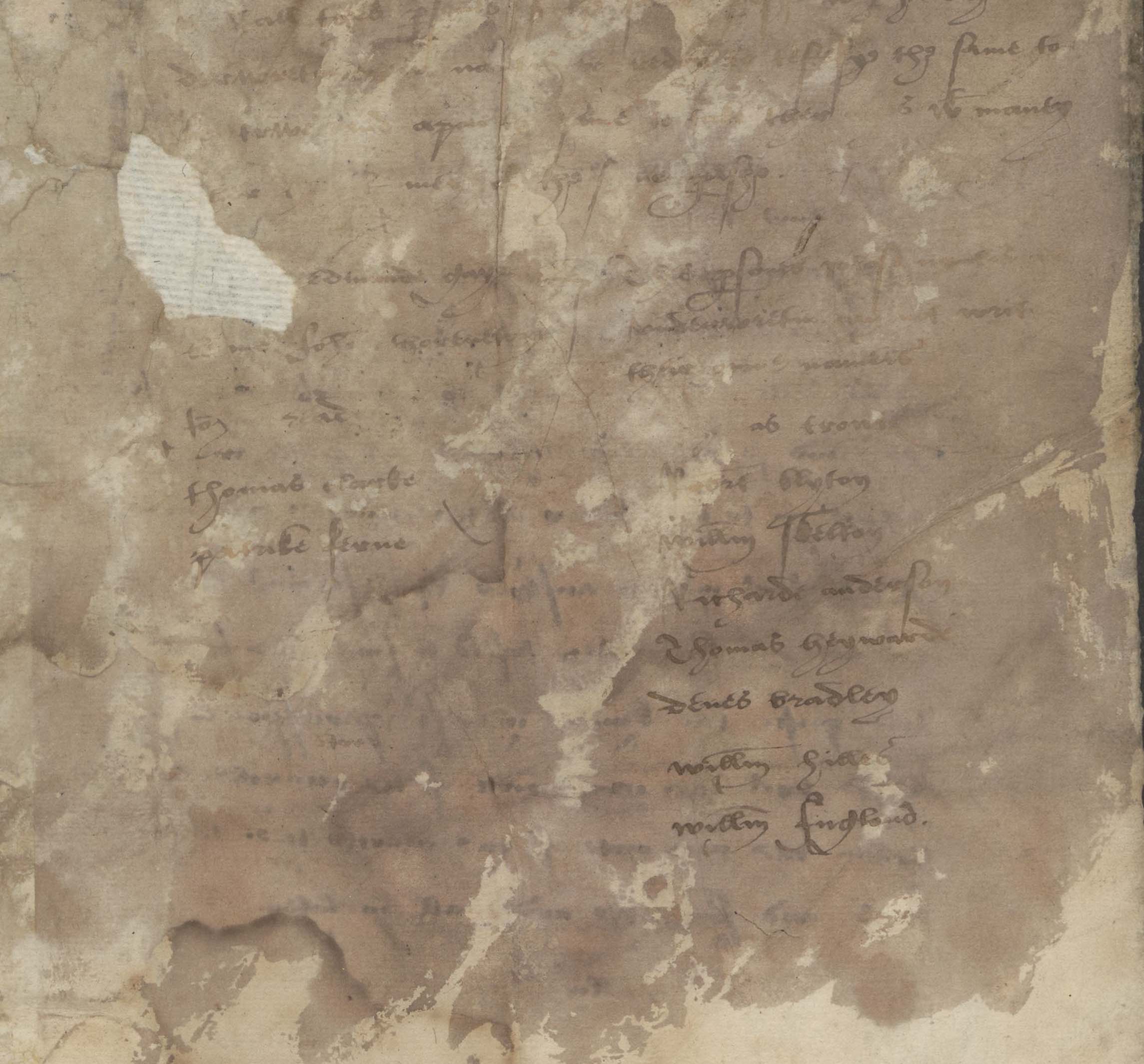 This document is very badly damaged but it is still useful because it gives a rare insight into the use of new the English litany [series of prayers said in a religious service, alternating between priest and people]. We only show part of the document here to demonstrate how seriously damaged it is, although the rest of the document has been transcribed below.

A new English translation of the litany was introduced in 1544 for services between June and September to petition for God’s help during Henry VIII’s campaign in France; it was later made compulsory for all services from 1545. The new litany was unwelcome in the parish of Milton in Kent. The sexton, the churchwardens and most of the members of the choir refused to say it in the church with the priest, preferring to form a procession around the outside of the church, their usual practice before the Reformation. Although this suggests that people had very clear ideas about how church services should be celebrated, we should note that one witness argued that the churchwardens were acting on the instructions of a local, important gentleman, John Finch.

For the said church warden John Lacey and plucked [him] by the sleeve and [thrust] him out of the church. The priest being left alone and never a clerk to answer him, then in other of the parish which accustomabley [customarily] do not use to sing, made answer unto him. The Clerks all followed the Cross singing again the ordinary procession about the church yard [and] there followed them of the same parish Mr John Fynch which commanded the said church wardens thus obstinately to resist the said priests godly exhortation [encouragement] …

[water damage] … and other singing men of the [water damage] the cross about the church yard and also he commanded the sexton to bear forth the cross and not to [unclear] any commandment of the priest . And further he haith that when the priest stayed in the body of the church singing the king’s majesty’s procession, and one of the singing men stayed to answer him, he took the said singing man by the arm, and put him out of the door bidding him to follow the cross. And he said that he did nothing but by the commandment of John Fynch, gentlemen, and this is his own Confession without any compulsion