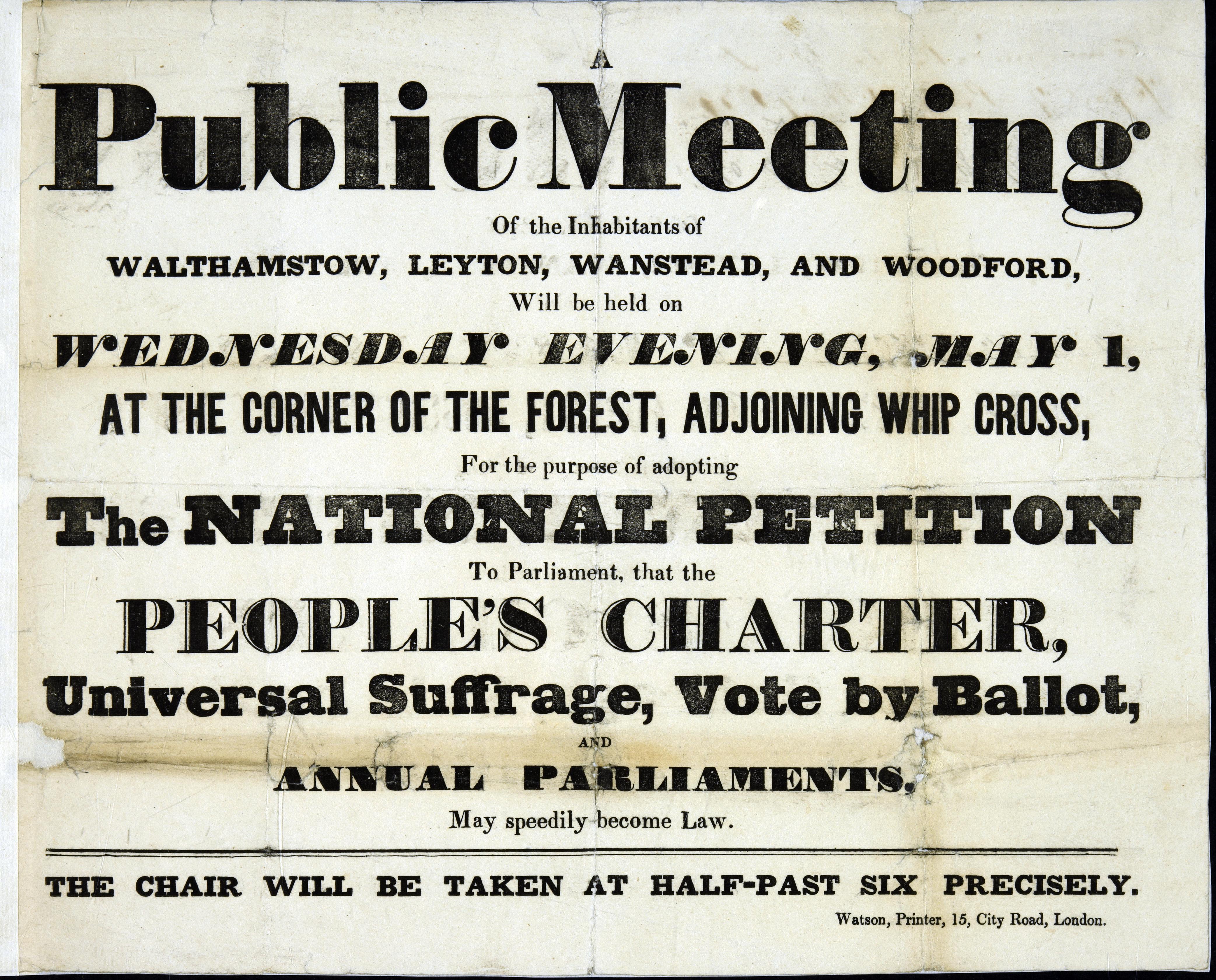 A Chartist poster calling for a public meeting to demand universal suffrage in the 1840s demonstrates the link between the suffragette movement and earlier protest. (Catalogue ref: EXT 3/36)

A public meeting of the inhabitants of Walthamstow, Leyton, Wanstead, and Woodford, will be held on Wednesday evening, May 1, at the corner of the forest, adjoining Whip Cross, for the purpose of adopting the National Petition to Parliament, that the People’s Charter, Universal Suffrage, Vote by Ballot, and Annual Parliaments, may speedily become law.

The chair will be taken at half-past six precisely.