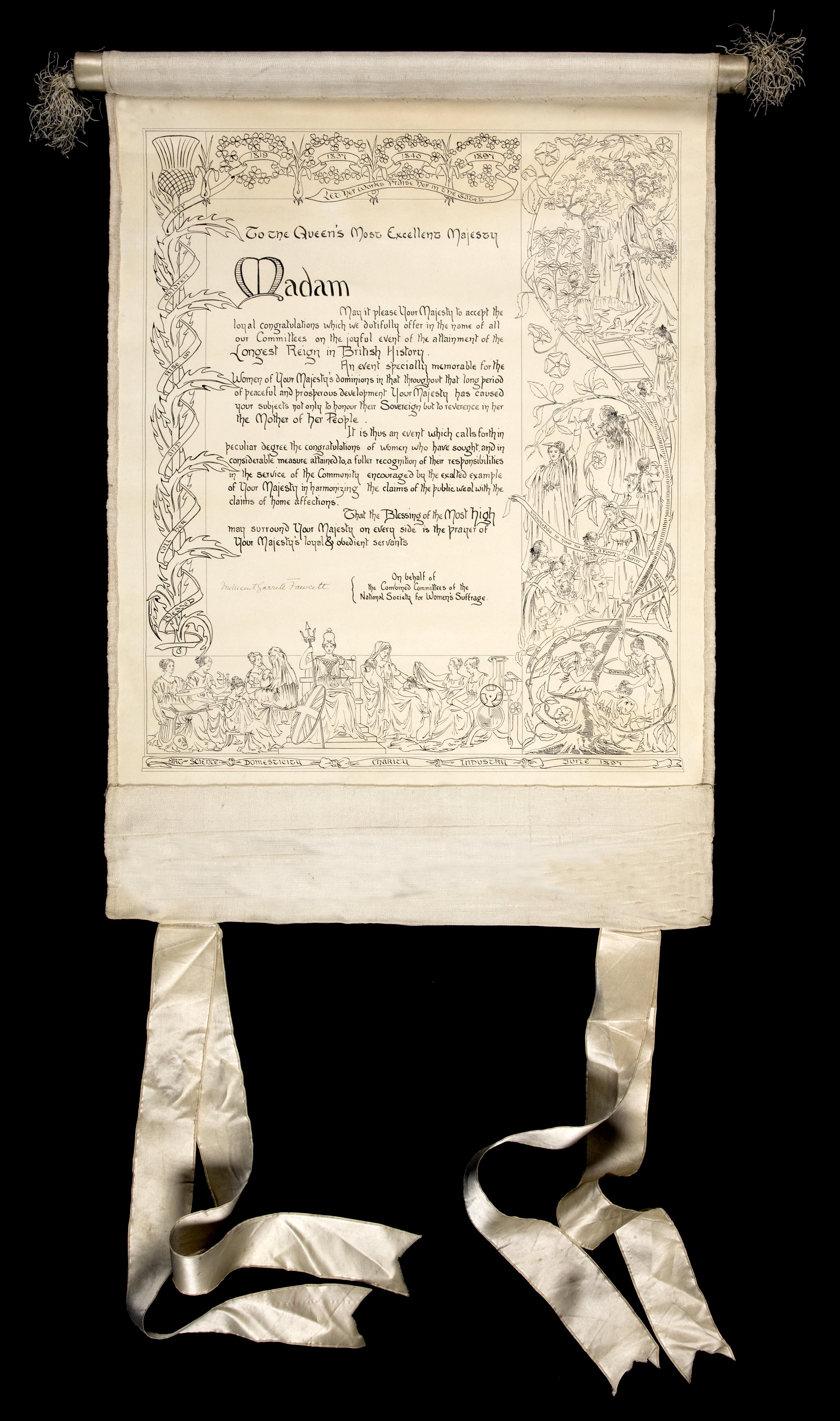 To the Queen’s Most Excellent Majesty

May it please Your Majesty to accept the loyal congratulations which we dutifully offer in the name of all our Committees on the joyful event of the attainment of the Longest Reign in British History.

An event specially memorable for the Women of Your Majesty’s dominions in that throughout that long period of peaceful and prosperous development Your Majesty has caused your subjects not only to honour their Sovereign but to reverence in her the Mother of her People.

It is thus an event which calls forth in peculiar degree the congratulations of women who have sought and in considerable measure attained to a fuller recognition of their responsibilities in the service of the Community encouraged by the exalted example of Your Majesty in harmonizing the claims of the public weal with the claims of home affections.

That the Blessing of the Most High may surround Your Majesty on every side is the prayer of Your Majesty’s loyal & obedient servants.

Millicent Garrett Fawcett { on behalf of the Combined Committees of the National Society for Women’s Suffrage.