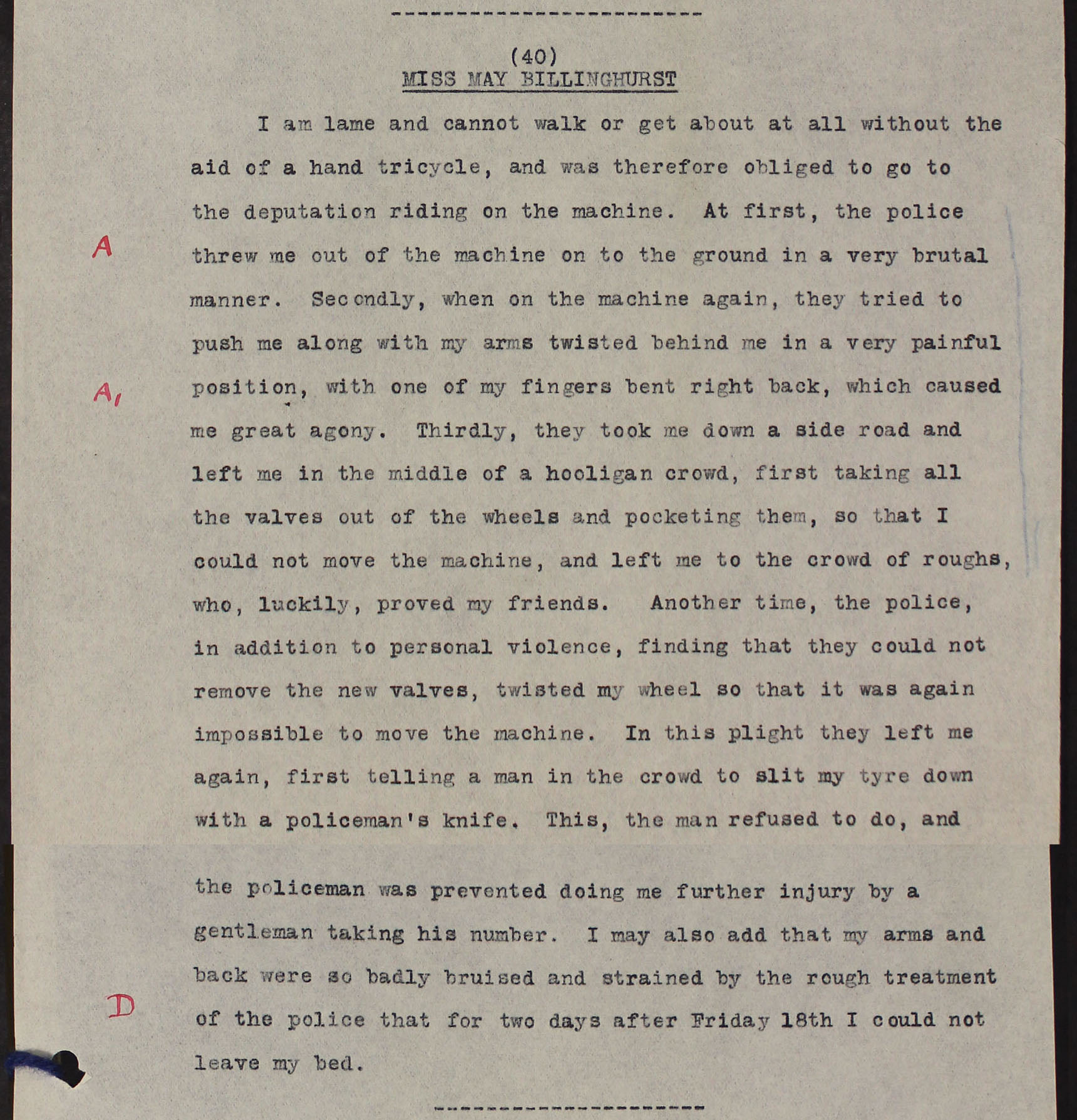 Extract from a police file documenting suffragettes’ complaints about police brutality on 18 November 1910. A large suffragette deputation went to the House of Commons in protest at the failure of the Conciliation Bill. Many suffragettes and their supporters were assaulted by the police and this resulted in a massive suffragette window-smashing campaign in protest. (Catalogue ref: MEPO 3/203)

I am lame and cannot walk or get about at all without the aid of a hand tricycle, and was therefore obliged to go to the deputation riding on the machine. At first, the police threw me out of the machine on to the ground in a very brutal manner. Secondly, when on the machine again, they tried to push me along with my arms twisted behind me in a very painful position, with one of my fingers bent right back, which caused me great agony. Thirdly, they took me down a side road and left me in the middle of a hooligan crowd, first taking all the valves out of the wheels and pocketing them, so that I could not move the machine, and left me to the crowd of roughs, who, luckily, proved my friends. Another time, the police, in addition to personal violence, finding that they could not remove the new valves, twisted my wheel so that it was again impossible to move the machine. In this plight they left me again, first telling a man in the crowd to slit my tyre down with a policeman’s knife. This the man refused to do, and the policeman was prevented doing me further injury by a gentleman taking his number. I may also add that my arms and back were so badly bruised and strained by the rough treatment of the police that for two days after Friday 18th I could not leave my bed

Images of Rosa May Billinghurst, such as the one below, depicting this event are held within the Women’s Library collection, LSE Library: 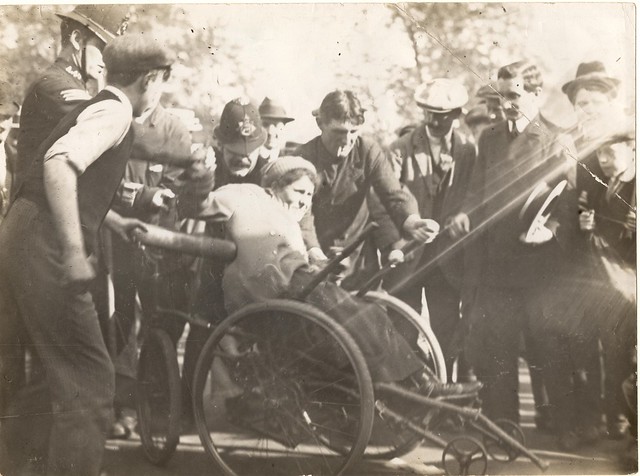