In Place of Strife 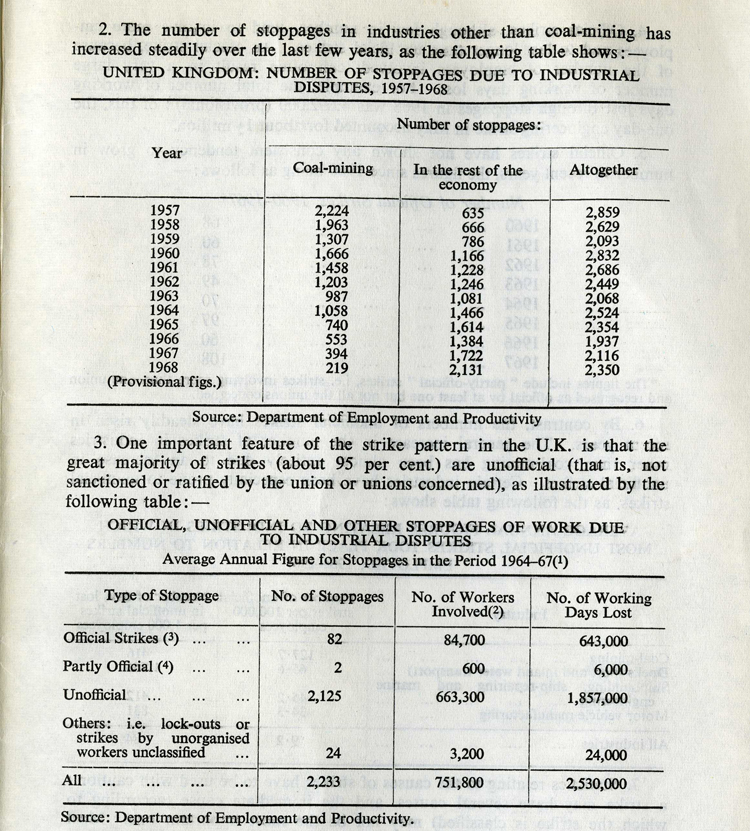 Extract from the appendix of ‘In Place of Strife: A Policy for Industrial Relations’ by Employment Secretary Barbara Castle, 1969 (LAB 44/288)

2. The number of stoppages in industries other than coal-mining has increased steadily over the last few years as the following table shows:

UNITED KINGDOM: NUMBER OF STOPPAGES DUE TO INDUSTRIAL DISPUTES, 1957-1968

Source: Department of Employment and Productivity

3. One important feature of the strike pattern in the U.K. is that the great majority of strikes (about 95 per cent) are unofficial (that is, not sanctioned or ratified by the union or unions concerned) as illustrated by the following table:—

OFFICIAL, UNOFFICIAL, AND OTHER STOPPAGES OF WORK DUE TO INDUSTRIAL DISPUTES
The Average Annual Figure for stoppages in the Period 1964-67

Source: Department of Employment and Productivity