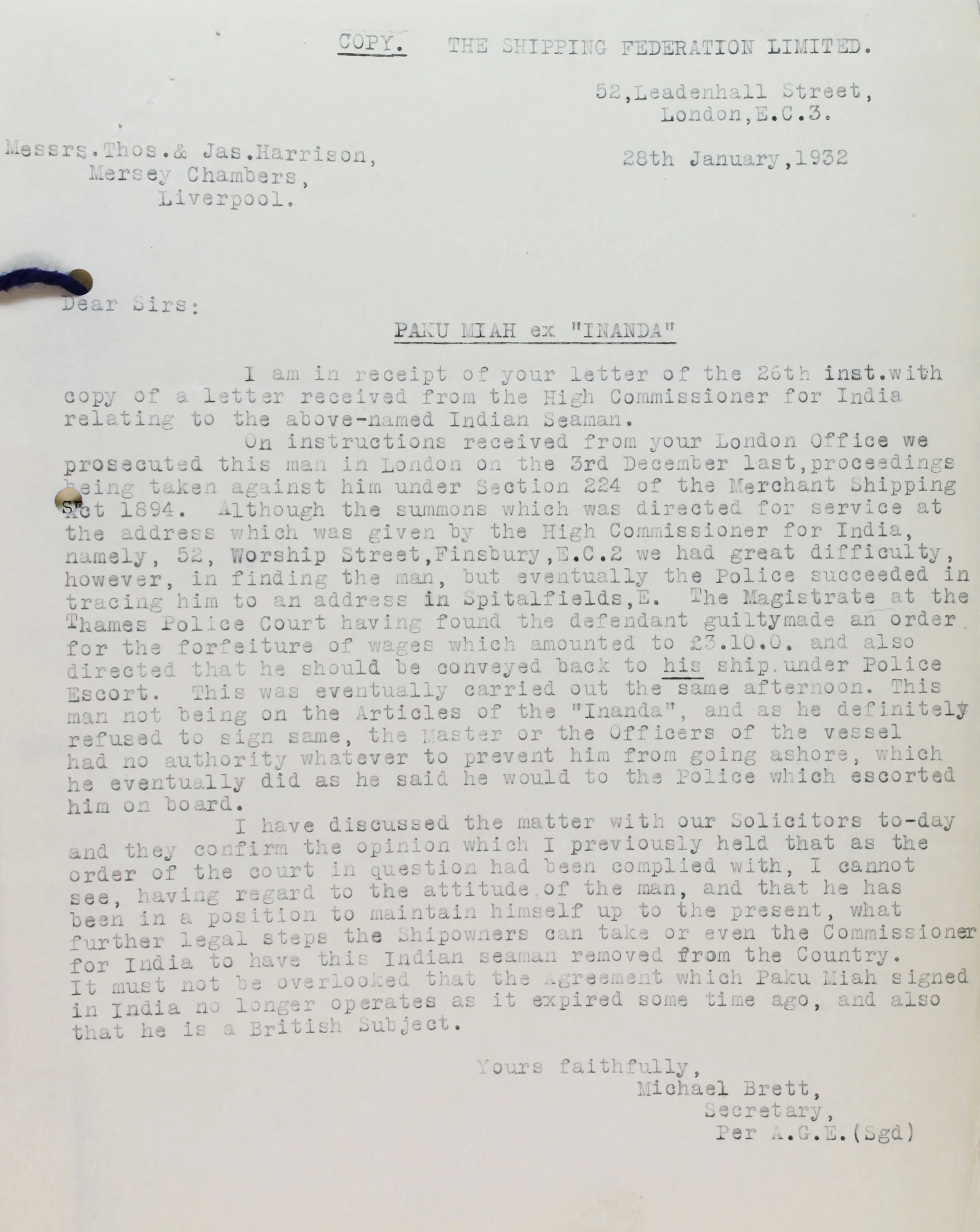 Document (b) about seafarer Paku Miah.

I am in receipt of your letter of the 26th inst.with copy of a letter received from the High Commissioner for India relating to the above-named Indian Seaman.

On instructions received from your London Office we prosecuted this ma in London the 3rd of December last, proceedings being taken against him under Section 224 of the Merchant Shipping Act 1894. Although the summons which was directed for service at the address which was given by the High Commissioner for India, namely, 52 Worship Street, Finsbury, E.C.2 we had great difficulty, however, in finding the man, but eventually the Police succeeded in tracing him to an address in Spitalfields, E.  The Magistrate at the Thames Police Court having found the defendant guilty made an order for the forfeiture of wages which amounted to £3.10.0 and also directed that he should be conveyed back to his ship under Police Escort. This was eventually carried out the same afternoon. This man not being on the Articles of the “Inanda”, and as he definitely refused to sign same, the Master of the Officers of the vessel had no authority whatever to prevent him from going ashore, which he eventually did as he said he would to the Police which escorted him on board.

I have discussed the matter with our Solicitors to-day and they confirm the opinion which I previously held that as the order of the court in question had been complied with, I cannot see, having regard to the attitude of the man, and that he has been in a position to maintain himself up to the present, what further legal steps the Shipowners can take or even the Commissioners for India to have this Indian seaman removed from the Country. It must not be overlooked that the agreement which Paku Miah signed in India no longer operates as it expired some time ago, and also that he is a British subject.