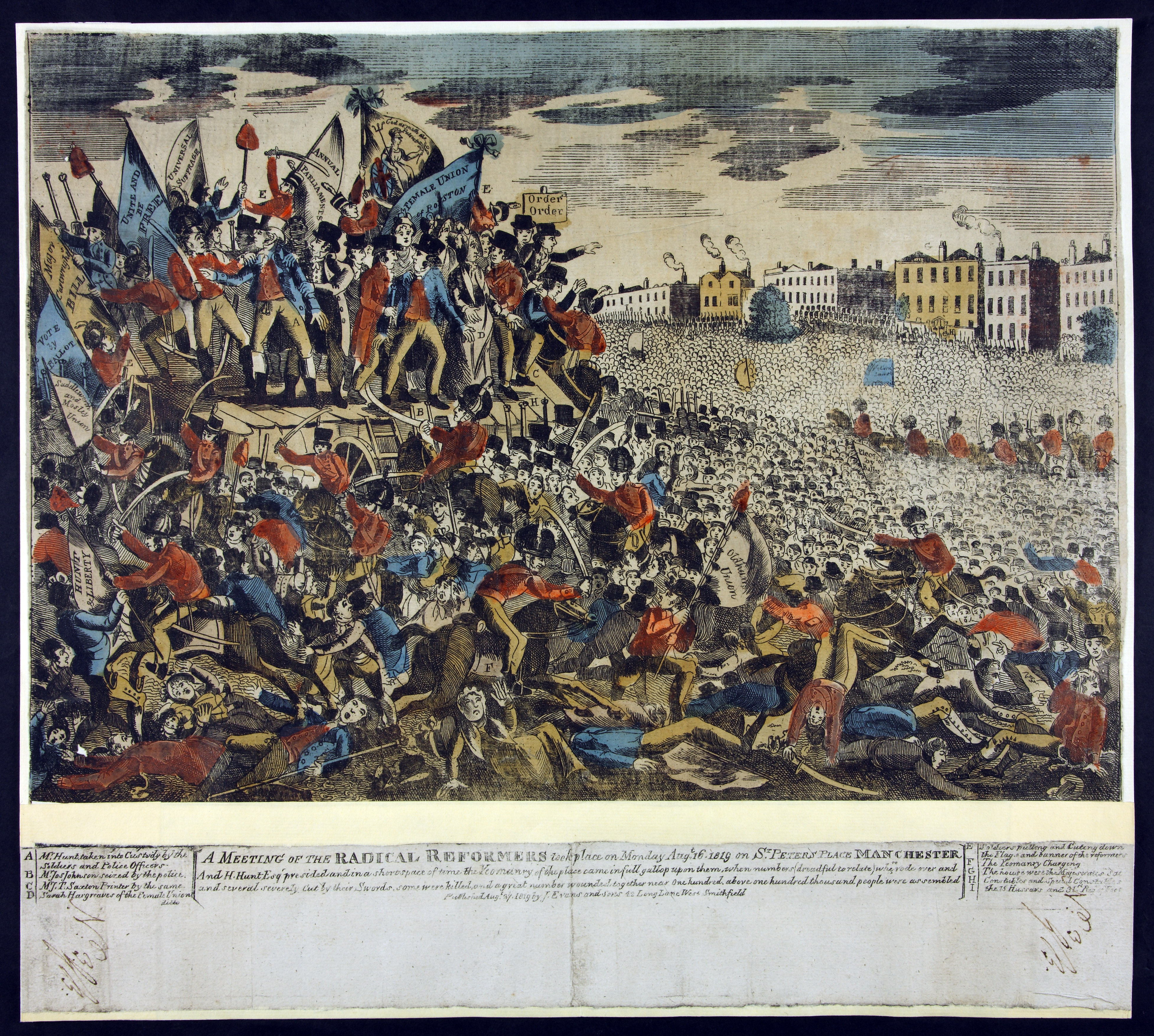 A MEETING OF THE RADICAL REFORMERS took place on Monday, August 16th 1819 on St. Peter’s Place, Manchester. And H. Hunt Esquire presided and in a short space of time the Yeomanry came in full gallop upon them, when numbers (dreadful to relate) were rode over and several severely cut by their Swords, some were killed, and a great number wounded together, near One hundred. Above one hundred thousand people were assembled.

A. Mr. Hunt taken into Custody by the soldiers and Police Officers
B. Mr Joseph Johnson [editor of the Manchester Observer] seized by the police
C. Mr. J. T. Saxton Printer by the same
D. Sarah Hargreaves of the Female Union
E. Soldiers pulling and cutting down the Flag and banner of the reformers
F. The Yeomanry charging
G. The house were [where] the Magistrates sat
H. Constables and Special Constables
I. The 15th Hussars and 31st Regiment of Foot

*On the reverse of this engraving [not shown] are the following words:

Taken from the show box of John Jenkins this day 25th of November 1819 by us: