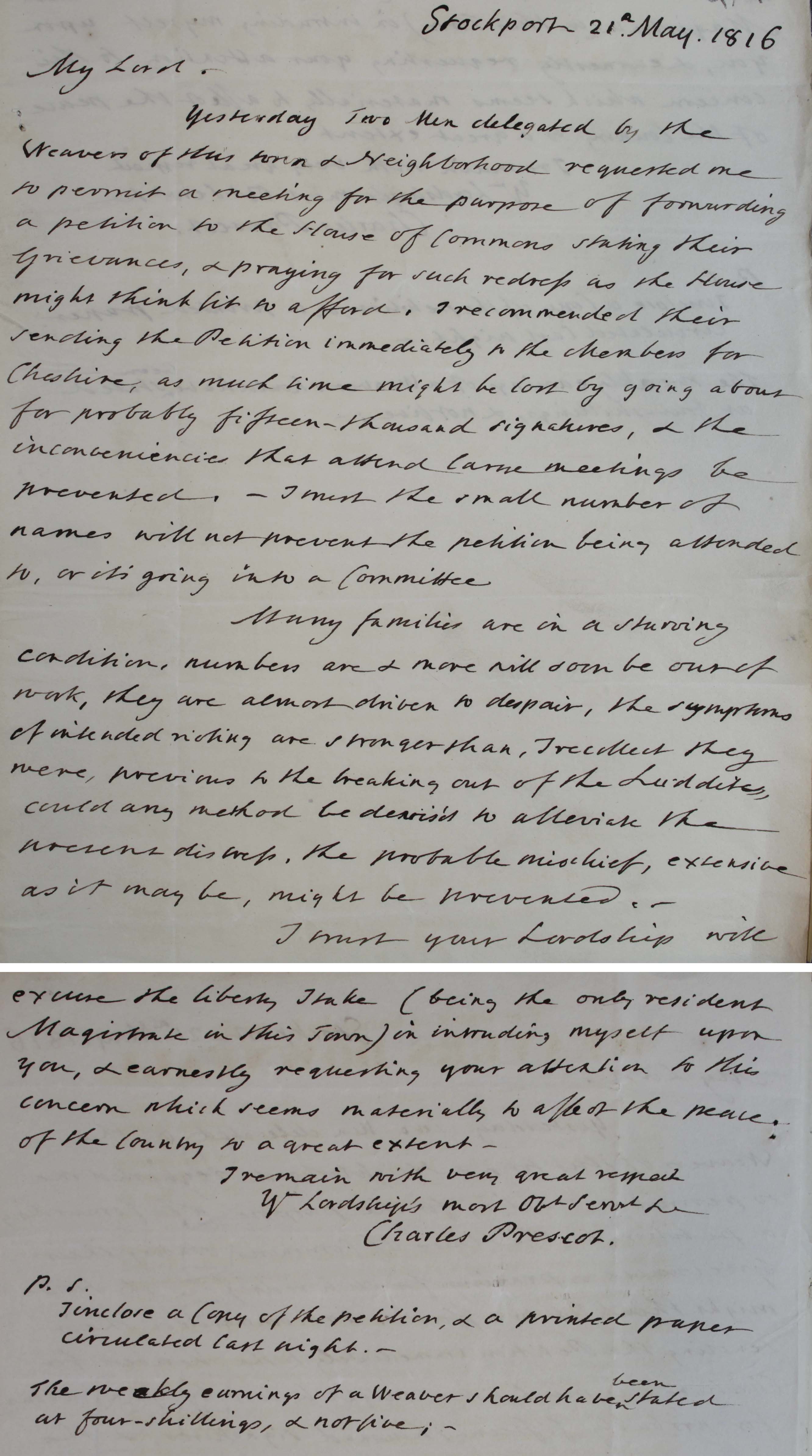 Yesterday two men delegated by the weavers of this town and neighbourhood requested me to permit a meeting for the purpose of forwarding a petition to the House of Commons stating their grievances, and praying for such redress as the House might think fit to afford. I recommended their sending the Petition immediately to the members for Cheshire, as much time might be lost by going about for probably fifteen thousand signatures and the inconveniences that attend large meetings be prevented. I think the small number of names will not prevent the petition being attended to or it going into a Committee.

Many families are in a starving condition, numbers are and more will soon be out of work, they are almost driven to despair, the symptoms of intended rioting are stronger than, I recollect they were previous to the breaking out of the Luddites, could any method be devised to alleviate the present distress, the probable mischief, extensive as it may be, might be prevented.

I trust your Lordship will excuse the liberty I take (being the only resident Magistrate in this town) in intruding myself upon you and earnestly requesting your attention to this concern which seems materially to affect the peace of the country to a great extent.

P. S.
I enclose a copy of the Petition and a printed paper circulated last night.

The weekly earnings of a weaver should have been stated at four shillings and not five shillings.