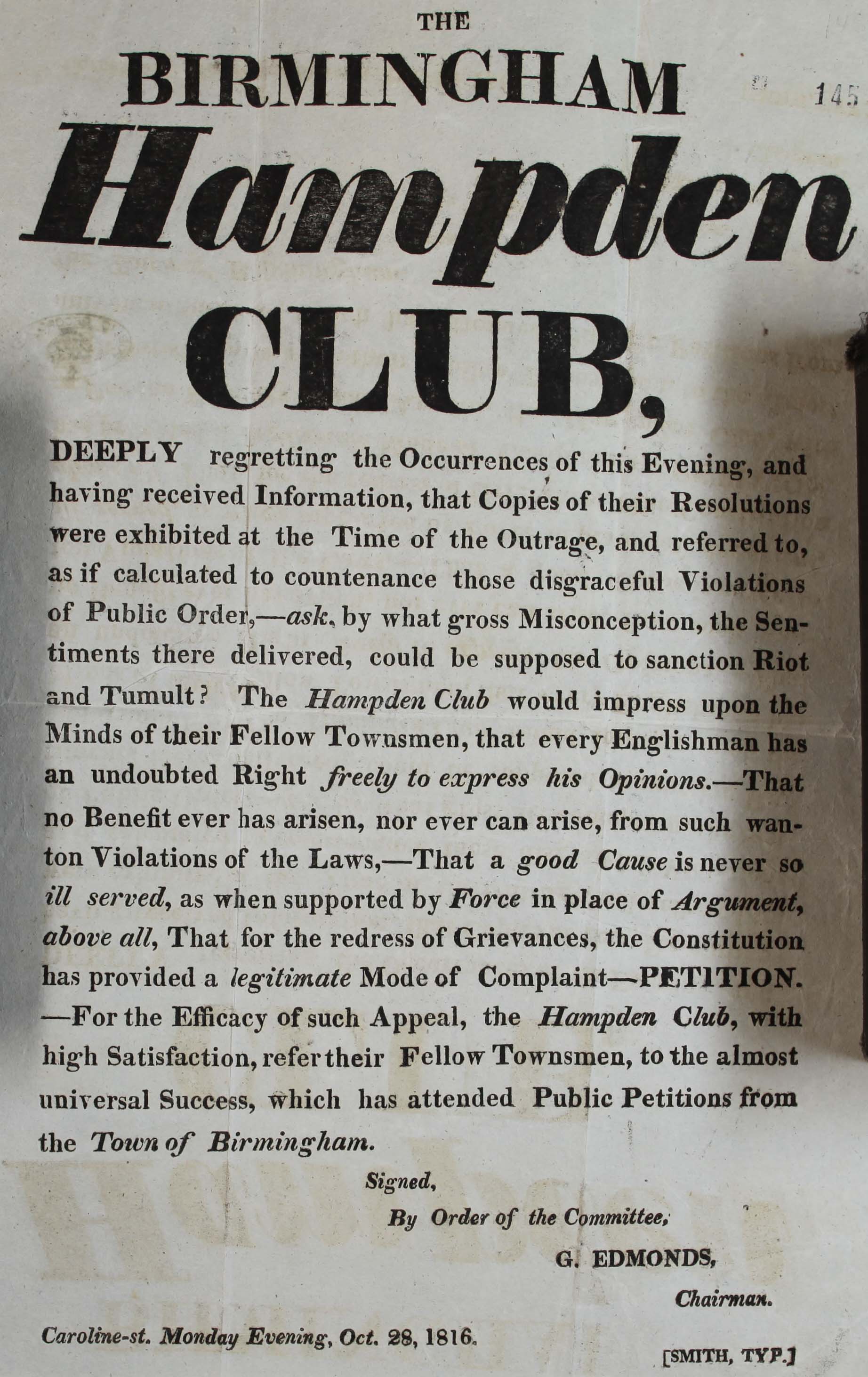 Birmingham Hampden club poster, 28 October 1816. This poster illustrates how the mechanism of the petition, as part of mass politics, was used as an alternative to riot. Hampden clubs were intended to bring together middle-class moderates and lower-class radicals in the cause of reform: they were named after John Hampden, a parliamentarian during the English Civil War. The first club was founded in London in 1812; however, they were an important part of the political scene in the Midlands and the north of England. (HO 40/9/145)

DEEPLY regretting the Occurrences of this Evening and having received Information, that copies of their Resolutions were exhibited at the Time of the Outrage, and referred to, as if calculated to countenance those disgraceful Violations of Public order, — ask, by what gross Misconception, the Sentiments there delivered, could be supposed to sanction Riot and Tumult? The Hampden Club would impress upon the Minds of their Fellow Townsmen, that every Englishman has an undoubted Right freely to express his Opinions. —That no Benefit ever has arisen, nor ever can arise, from such wanton Violations of the Laws, —That a good Cause is never so ill served, as when supported by Force in the place of Argument, above all, That for the redress of Grievances, the Constitution has provided a legitimate Mode of Complaint—PETITION. —For the efficacy of such Appeal, the Hampden Club, with high satisfaction, refer their Fellow Townsmen, to the almost universal Success, which has attended Public Petitions from the Town of Birmingham.
Signed
By order of the Committee
G. Edmonds
Chairman
Caroline Street, Monday Evening October 28, 1816