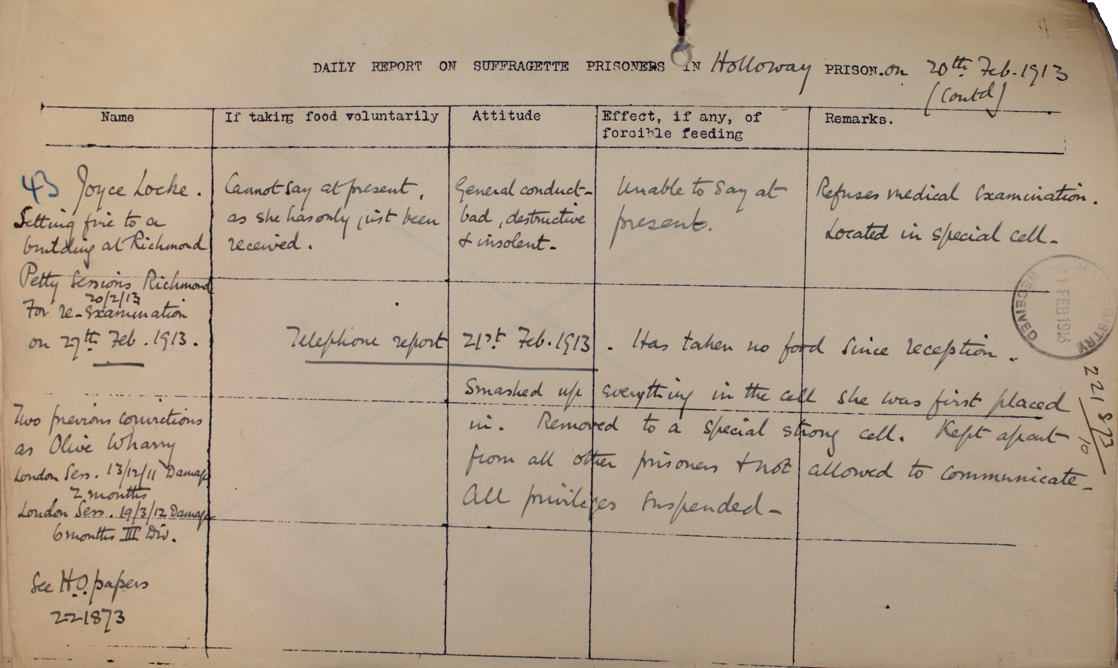 Joyce Locke setting fire to a building at Richmond. Petty sessions, Richmond, 20/2/13 [This is a court held with two or more justices of the peace without a jury to deal with minor crimes]

Cannot say at present, as she has only just come in.

Effect, if any of forcible feeding

Unable to say at present

Has taken no food since reception. Smashed up everything in the cell she was first placed in. Removed to a special strong cell. Kept apart from all other prisoners & not allowed to communicate. All privileges suspended.