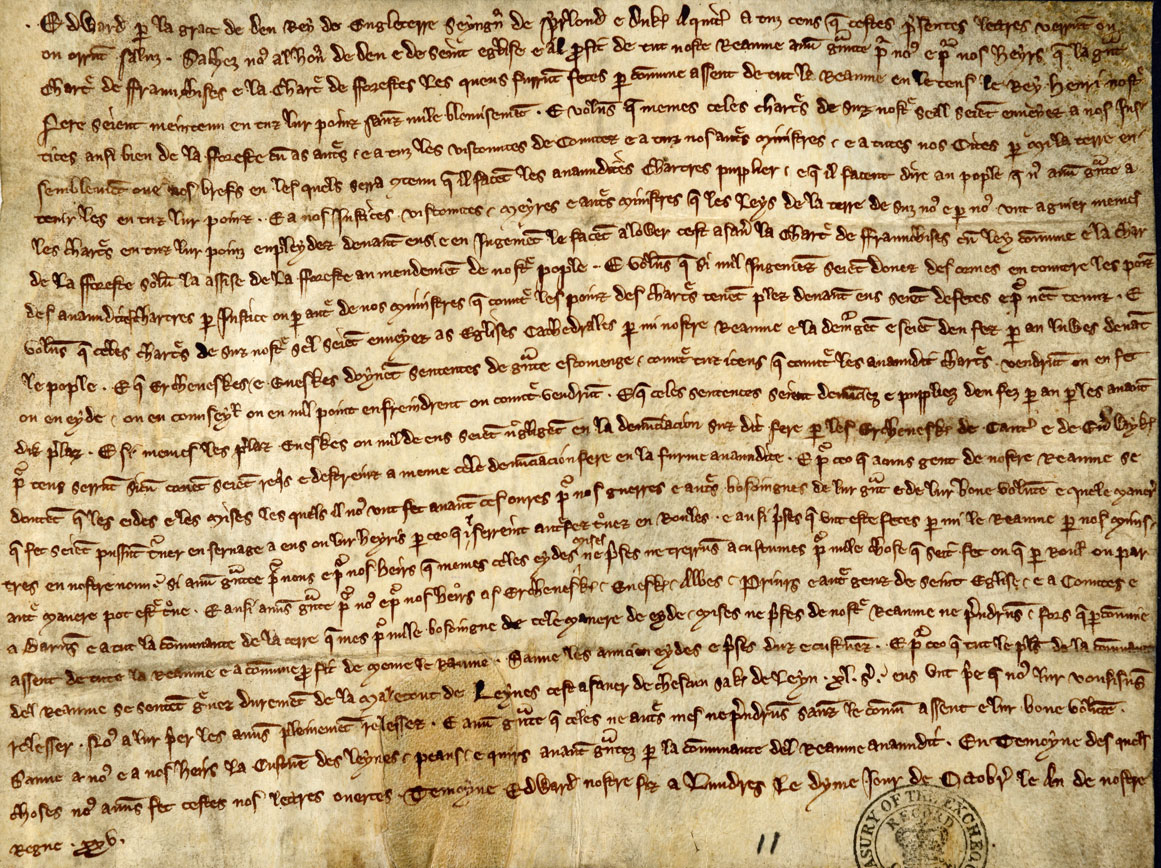 King Edward was not prepared to see new clauses added to Magna Carta, and negotiated the issuing of a separate document instead. He realised that if he allowed the barons to add new laws to Magna Carta, it would be very difficult to undo them without facing rebellion. If the king issued the new laws in a separate document, it would be easier to go back on his promises. King Edward later said that the barons forced him to issue this new document against his will, and it was revoked. Dated October 1297 (E 175/1/11).

[1] Know that I, to the honour of God and of holy church and for the benefit of our whole realm, have granted that the great charter of liberties and the forest charter which were made by common agreement of all the realm in the time of king Henry, my father, be kept in all their points. And we order that these same charters be sent to all sheriffs of counties throughout the land.

[2] And I order that if any judgments are given by royal justices which contradict the charters those judgements shall have no value.

[6] And I have likewise granted that I will not take taxation from the realm from now on, except with the common agreement of all the realm.

[7] And because by far the greater part of the community of the realm feel themselves greatly burdened by the taxation on wool, at their request I have completely revoked this tax.