Motivations of the Indian troops 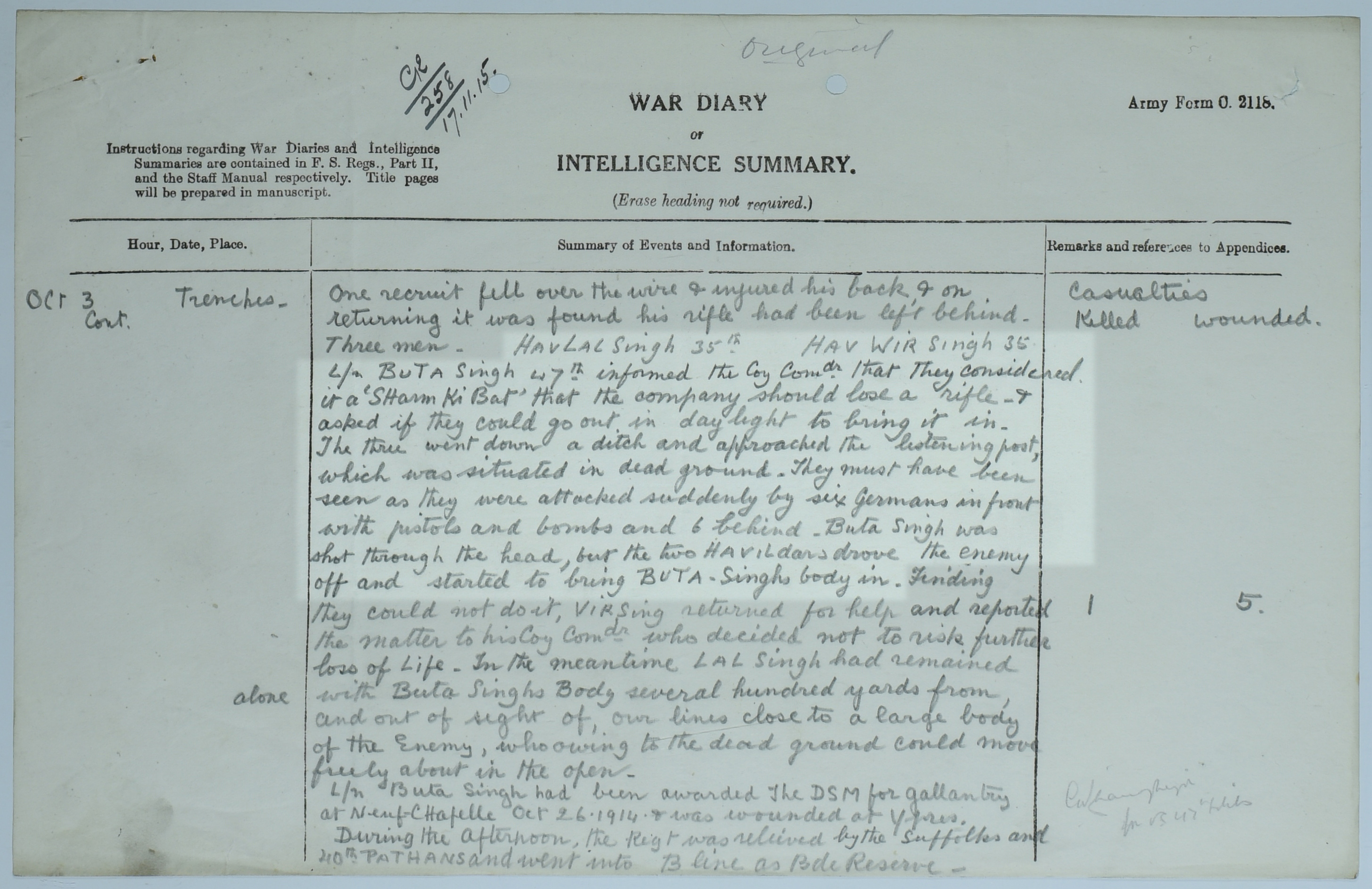 This war diary entry, dated 3 Oct 1915,  recounts how three Indian soldiers – Havildar Lal Singh, Havildar Wir Singh and Lance Naik Buta Singh – informed their Company Commander that they considered leaving a rifle in the field of battle to be ‘Sharam Ki Baat’ (a matter of shame). Accordingly it needed to be recovered.

Indians enlisted in the army for a number of reasons and not just for regular pay. Family tradition – securing ‘izzat’ or honour for their regiment, family, clan or caste – motivated some to enlist. The idea of ‘sharm’ or shame was also an incentive: soldiers felt that disloyalty was shameful when they had ‘eaten’ the ‘salt of the government’. The idea of shame was also linked to masculinity, as soldiers behaving dishonourably were held to be imperfect males.

Lal Singh, Wir Singh, Buta Singh informed the Company Commander that they considered it a ‘Sharm Ki Bat’ that the company should lose a rifle and asked if they could go out in day light to bring it in. The three went down a ditch and approached the listening post, which was situated in dead ground. They must have been seen as they were attacked suddenly by six Germans in front with pistols and bombs and 6 behind. Buta Singh was shot through the head, but the two Havildars drove the enemy off and started to bring Buta Singh’s body in.