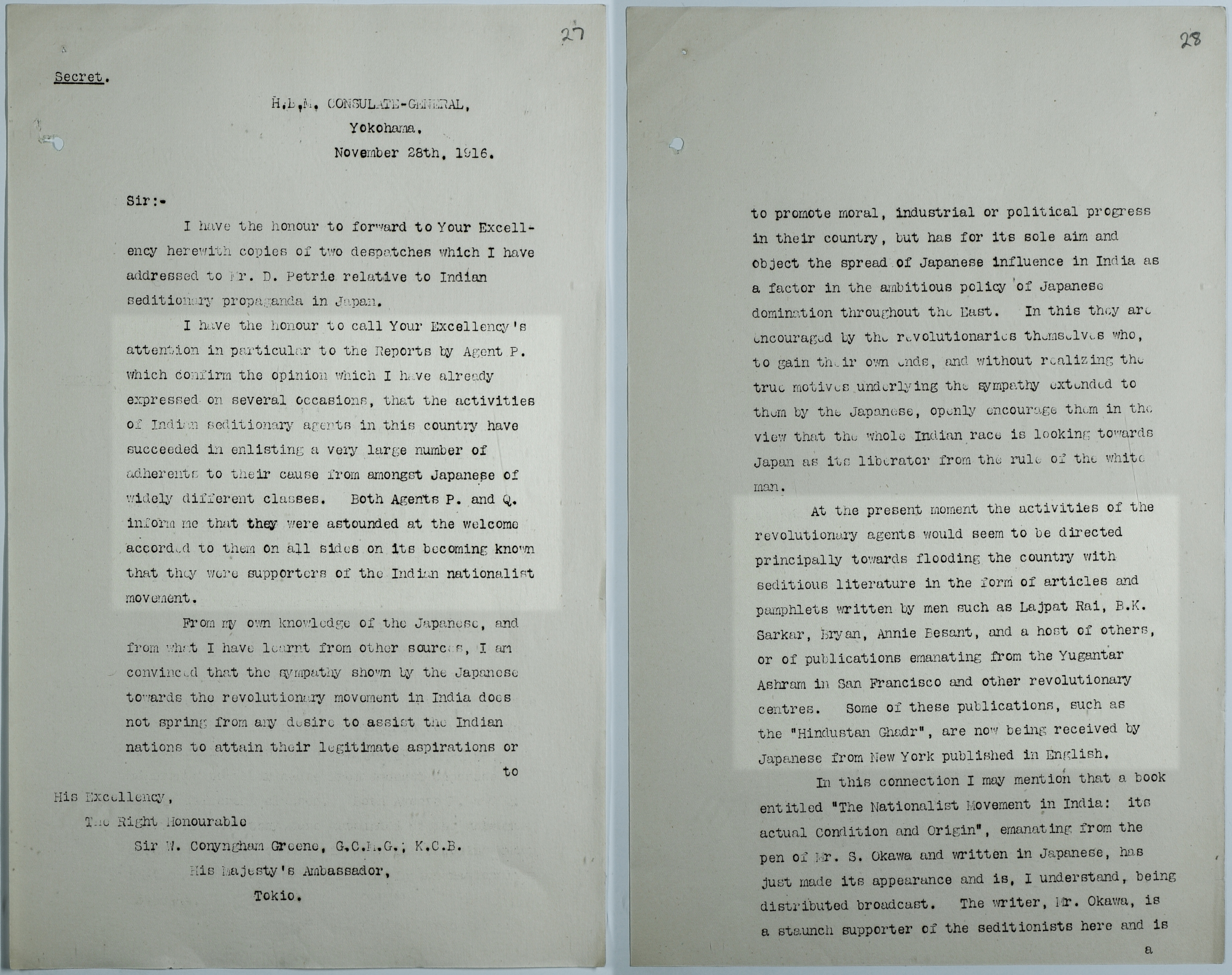 This document is particularly concerned with what the British viewed as ‘seditious’ activities by Indian radicals in Japan. This extract, written by His Majesty’s Consul General and dated November 28 1916, calls attention to the report by Secret Agent P. The extract shows methods used by radical Indians in the USA, Europe and Japan to agitate against British rule in India and to enlist others – in this case, the Japanese – to their cause.

I have the honour to call Your Excellency’s attention in particular to the Reports by Agent P. which confirm the opinion which I have already expressed on several occasions, that the activities of Indian seditionary agents in this country have succeeded in enlisting a very large number of adherents to their cause from amongst Japanese of widely different classes. Both Agent P. and Q. inform me that they were astounded that the welcome accorded to them on all sides on its becoming known that they were supporters of the Indian nationalist movement.

At the present moment the activities of the revolutionary agents would seem to be directed principally towards flooding the country with seditious literature in the form of articles and pamphlets written by men such a Lajpat Rai, B.K. Sarkar, Bryan, Annie Besant and a host of others, or of publications emanating from Yugantar Ashram in San Francisco and other revolutionary centres. Some of these publications, such as the “Hindustan Ghadr”, are now being received by Japanese from New York published in English.