Home >  Education > Classroom resources > Letters from the First World War, part two > Egypt: ‘we are all as fit as ever’

Egypt: ‘we are all as fit as ever’ 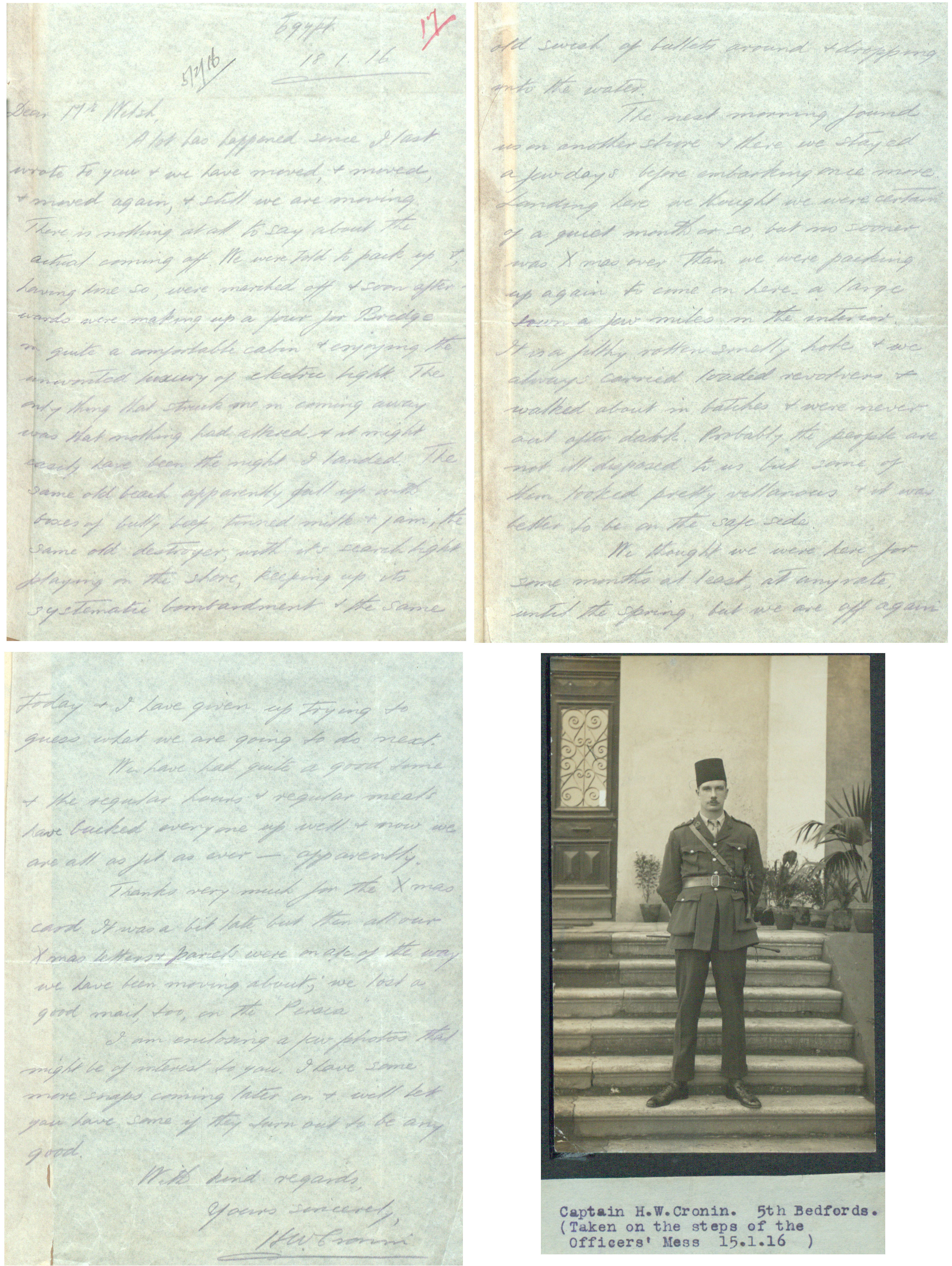 A lot has happened since I last wrote to you and we have moved, and moved, and moved again, and still we are moving. There is nothing at all to say about the actual coming off. We were told to pack up, and having done so, were marched off and soon afterwards were making up a four for Bridge in quite a comfortable cabin and enjoying the unwanted luxury of electric light.

The only thing that struck one in coming away was that nothing had altered and it might easily have been the night I landed. The same old beach apparently full up with boxes of bully beef, tinned milk and jam, the same old destroyer, with its search light playing on the shore, keeping up its systematic bombardment and the same old swish of bullets around and dropping into the water. No sooner was Christmas here than we were packing up again, to come on here. A large town a few miles on the interior, it is a filthy rotten smelly hole and we always carried loaded revolvers and walked about in batches and were never out after dark. Probably the people are not ill disposed to us but some of them looked pretty villainous and it was better to be on the safe side…

We have had quite a good time and the regular hours and regular meals have backed everyone up well and now we are all as fit as ever- apparently.

Thanks very much for the Xmas card it was a bit late but then all our Xmas letters and parcels were on account of the way we have been moving about; we lost a good mail, too, on the Persia (S.S. Persia, which was torpedoed and sunk in December 1915). I am enclosing a few photos that might be of interest to you. I have some more snaps coming later on and will let you have some if they turn out to be any good. With kind regards. Yours sincerely,