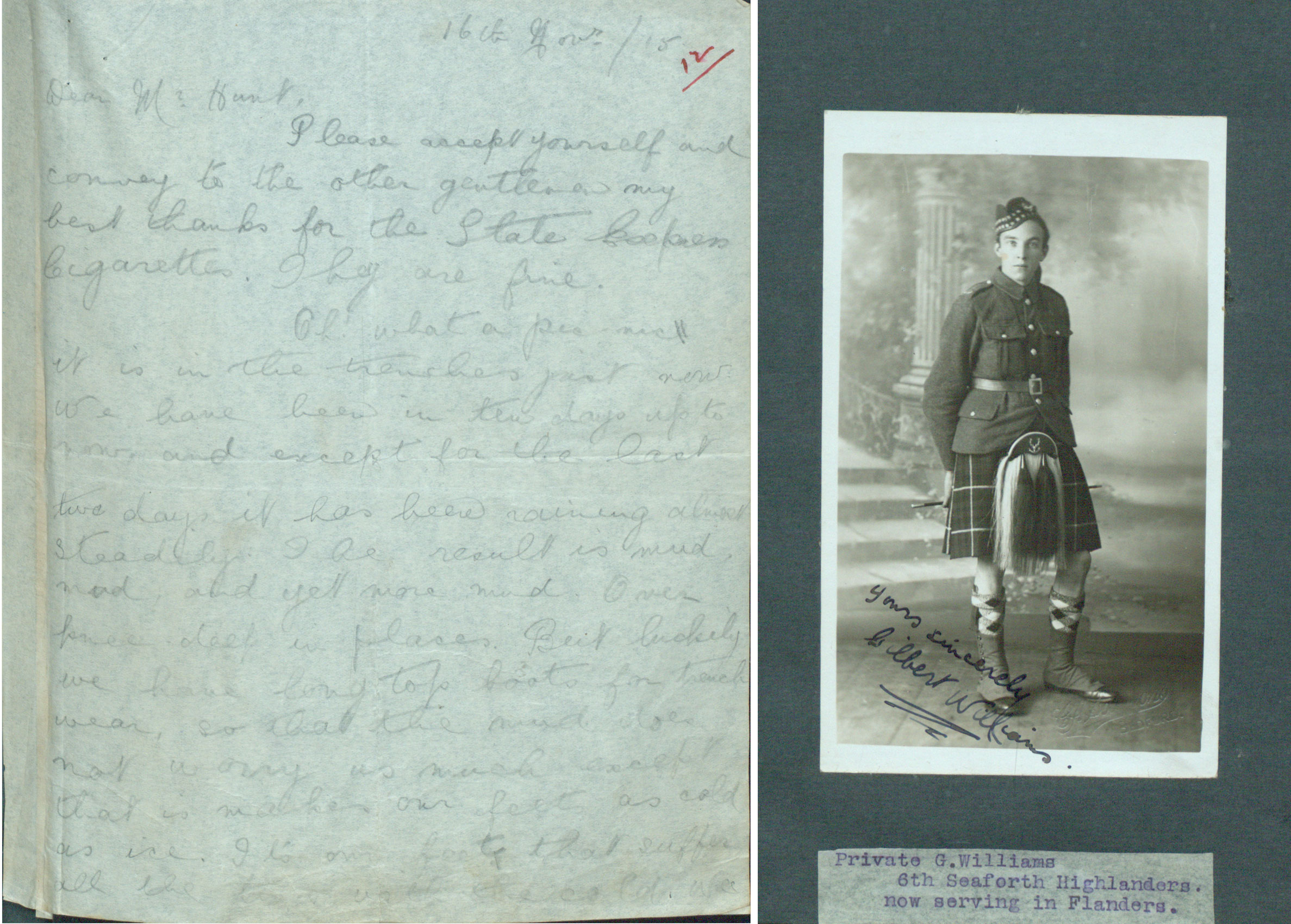 Please accept yourself and convey to the other gentlemen my best thanks for the State Express cigarettes. They are fine. Oh what a picnic it is in the trenches just now. We have been in the trenches 10 days up to now, and except for the last two days it has been raining almost steadily. The result is mud, mud and yet more mud, knee deep in places. But luckily we have long top boots from trench wear, so that the mud does not worry as much, except that is making our feet as cold as ice… We have been issued with fur jackets so we can keep our bodies warm.

Just now the whole countryside is covered with snow and moving objects are distinguishable a long distance off. For instance this morning when I was on duty with the gun I could see the Germans walking down a road away behind their lines. I had several bursts at them with the gun but they were out of range. Made me damned mad I can tell you seeing the blighters and then not being able to lay them out.

You can’t realise the power one seems to possess when handling a Maxim. Personally I feel as if I could lay out the whole German army. We fire about a couple of thousand rounds every night into Fritz’s trenches just to keep them quiet. They (the Germans) have been trying to find the gun, both with their Maxims and with shells, but up to now, they’ve not succeed. Kind regards to everybody. Yours very sincerely,