Home >  Education > Classroom resources > Letters from the First World War, part one > Trenches: ‘had a game of football’

Trenches: ‘had a game of football’ 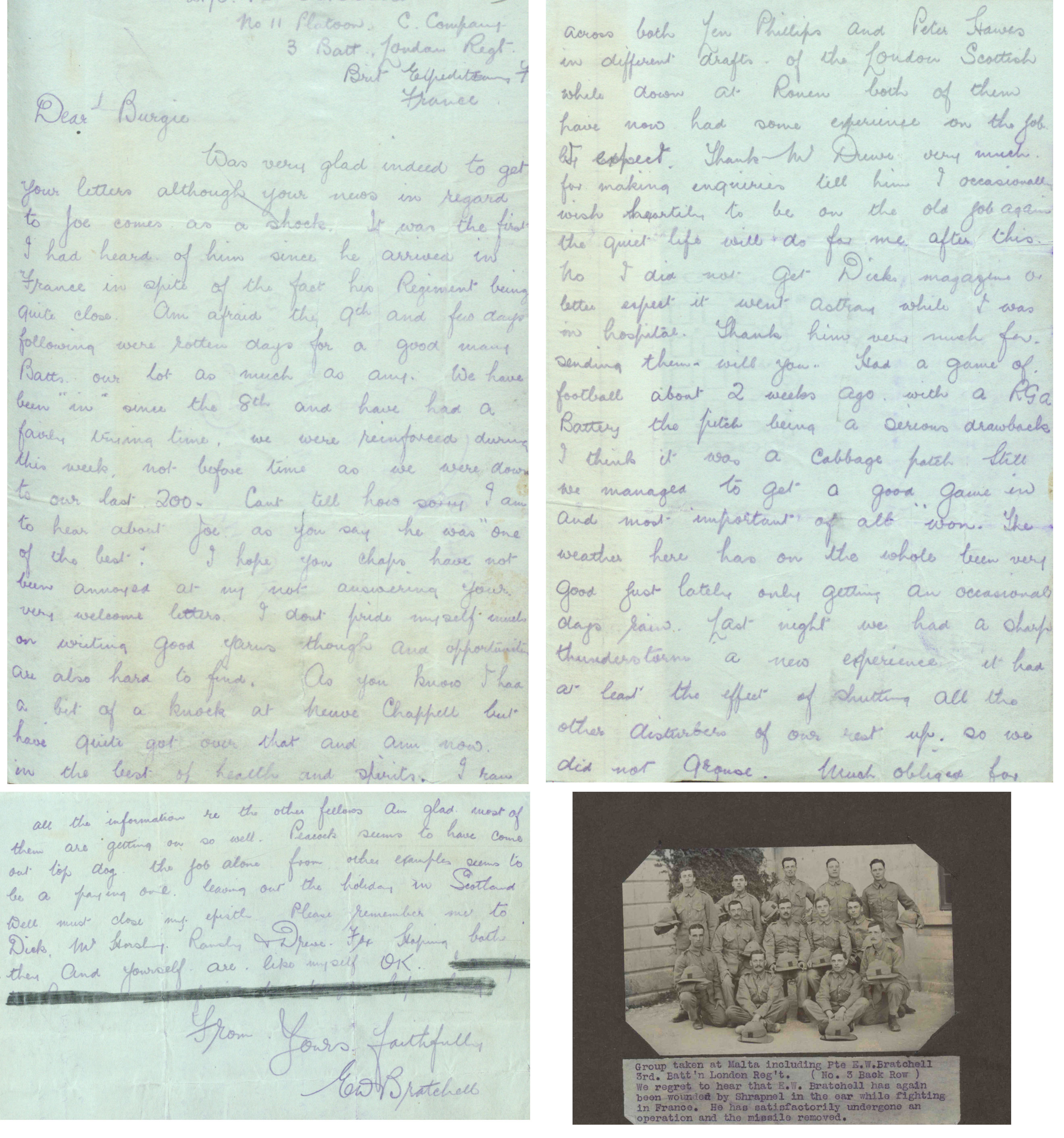 Was very glad indeed to get your letters although, your news in regard to Joe [Chamberlain] comes as a shock. It was the first I had heard of him since he arrived in France in spite of the fact his regiment being quite close. Am afraid the 9th and few days following were rotten days for a good many battalions, our lot as much as any. We have been “in” since the 8th and have had a fairly trying time we were reinforced during this week, not before time as we were down to our last two hundred. Can’t tell how sorry I am to hear about Joe as you say he was “one of the best”. I hope you chaps have not been annoyed at my not answering your very welcome letters. I don’t pride myself much on writing good yarns though and opportunities are also hard to find. As you know I had a bit of a knock at Neuve Chappell but have quite got over that and am now in the best of health and spirits. I came across Len Phillips and Peter Hawes in different drafts of the London Scottish while down at Rouen both of them have now had some experience on the job I expect. Thank Mr Drewe very much for making inquiries, tell him I occasionally wish heartily to be on the old job again the quiet life will do for me after this. No I did not get Dick’s magazine or letter expect it went astray while I was in hospital. Thank him very much for sending them will you. Had a game of football about two weeks ago with R.G.A.* Battery, the pitch being a serious drawback. I think it was a cabbage patch. Still we managed to get a good game in and most important of all, won. The weather here has on the whole been very good just lately only getting an occasional day’s rain. Last night we had a sharp thunderstorm, a new experience it had at least the effect of shutting all the other disturbances of our rest up so we did not grouse. Much obliged for all the information re the other fellows. Am glad most of them are getting on so well. Peacock seems to have come out top dog. The job alone from other examples seems to be a paying one, leaving out the holiday in Scotland. Well must close my epistle. Please remember me to Dick, Mr Horsley, Ransley and Drewe, Fox. Hoping both they, and yourself are, like myself O.K. [Line censored]. From yours faithfully,