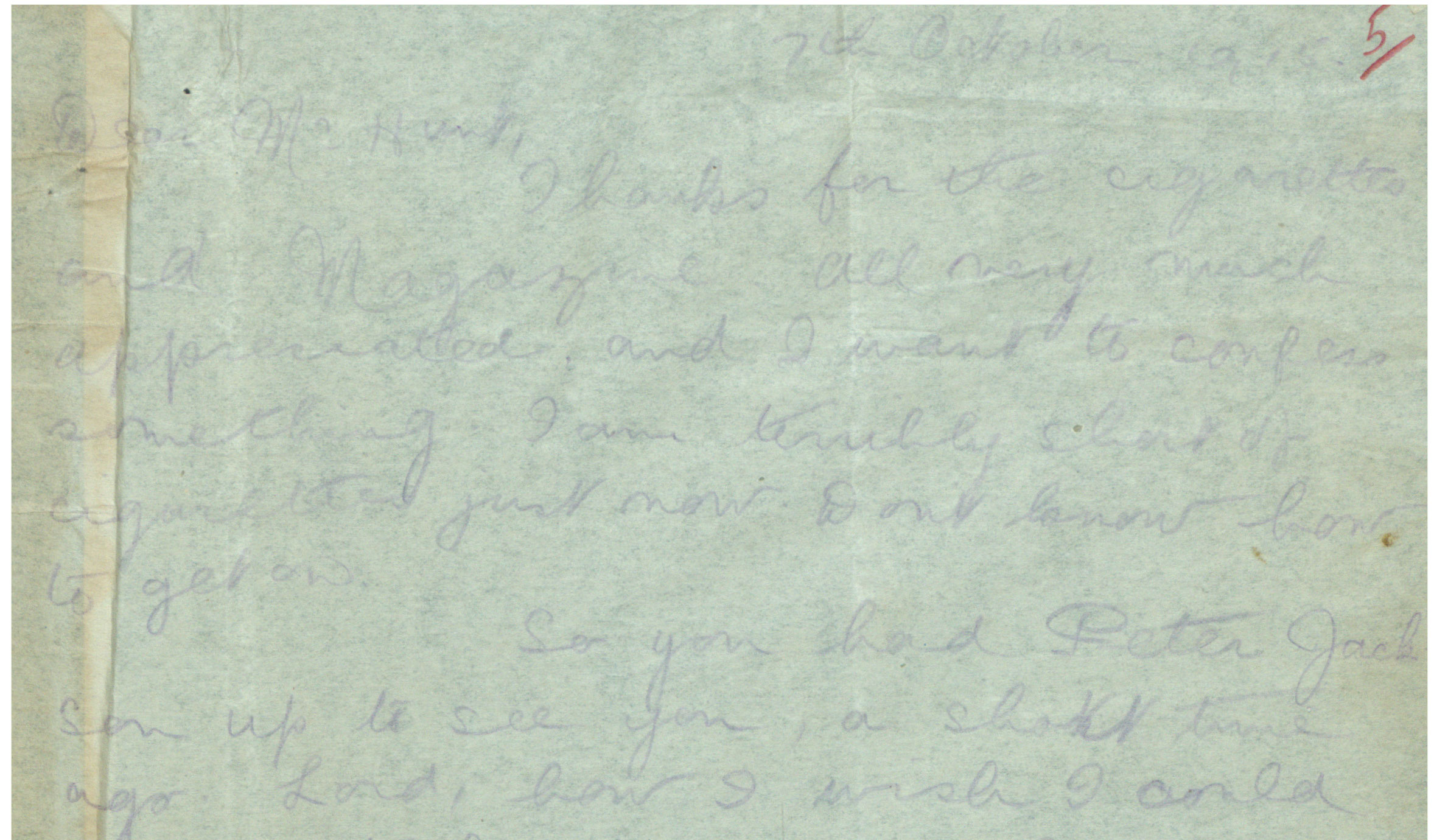 Thanks for the cigarettes and magazine, all very much appreciated and I want to confess something. I am terribly short of cigarettes just now. Don’t know how to get on.

So you had Peter Jackson up to see you a short time ago. Lord, how I wish I could get up to London. Some of our chaps have leave but this advance seems to have put a stop to it. That’s the only reason I am sorry for the long awaited advance. God knows it was really time we did do something if only to relieve the pressure on Eastern front. We are in this part of the line and are still sitting tight worse luck. I wish they would get a move on here as well. It has cost us a good many casualties, but I think the Germans, what with the bombardment they got and the counter attacks they delivered must have lost many more than us.

I have got an interesting souvenir. It is part of the framework of a German aeroplane, the fourth which our airmen have recently brought down in this neighbourhood. The machine gun in one of our planes had killed the German pilot and the machine getting out of control exploded, or at least the engine did, and the whole aircraft crashed to earth. God, it was an awful mess. Both the pilot and observer were killed, the former being bashed out recognition, but the latter survived the fall but died shortly afterwards. Our airmen seem to be the masters of the Germans now, although the taubes seem to be the faster machines, our men seem to have much spirit and initiative.

About a fortnight ago I saw a fleet of fourteen of our planes cross over our lines on a raiding expedition. They were in close formation, and the Germans sent up a rain of shells without doing any damage. The raid was very successful, I believe, two transport trains full of German reinforcements being wrecked, a large station destroyed.

Well that’s about all from me, let me hear from you soon. How is everybody up there? Best regards to all the section,