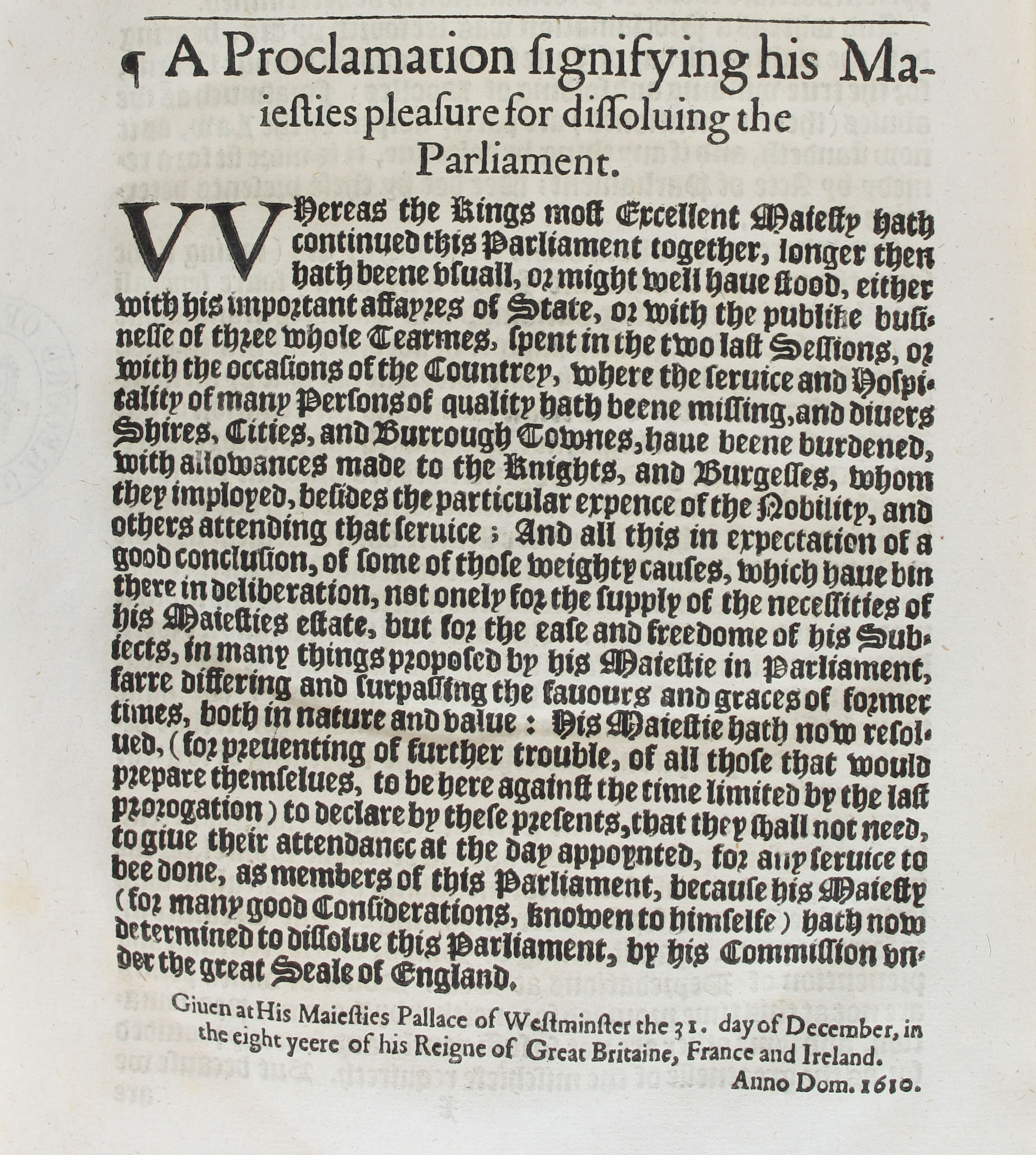 This printed proclamation outlines King James’ intention to dissolve Parliament in 1610. It shows the breakdown in their relationship and some of the disagreements that had led to Parliament being closed.

Whereas the King’s most Excellent Majesty has continued this Parliament together, longer than hath been usual, or might well have stood, either with his important affairs of State, or with the public business of three whole terms, spent in two last sessions, or with the occasions of the Country, where the service and hospitality of many persons of quality hath been missing, and divers Shires, Cities, and Borough Townes, have been burdened, with allowances made to the Knights, and Burgesses, whom they employed, besides the particular expense of the Nobility, and others attending that service. And all this in expectation of a good conclusion, of some of those weighty causes, which have been there in deliberation, not only for the supply of the necessities of his Majesty’s estate, but for the ease and freedom of his Subjects, in many things proposed by his Majesty in Parliament, far differing and surpassing the favours and graces of former times, both in nature and value. His Majesty has now resolved, (for preventing of further trouble, of all those that would prepare themselves, to be here against the time limited by the last prorogation [time without Parliament]) to declare by these presents, that they shall not need to give their attendance at the day appointed, for any service to be done, as members of this Parliament, because his Majesty (for many good considerations, known to himself) hath now determined to dissolve this Parliament, by his commission under the great Seale of England.

Given at His Majesty’s Palace of Westminster the 31 day of December, in the eighth year of his reign of Great Britain, France and Ireland. Anno Dom [the year] 1610.