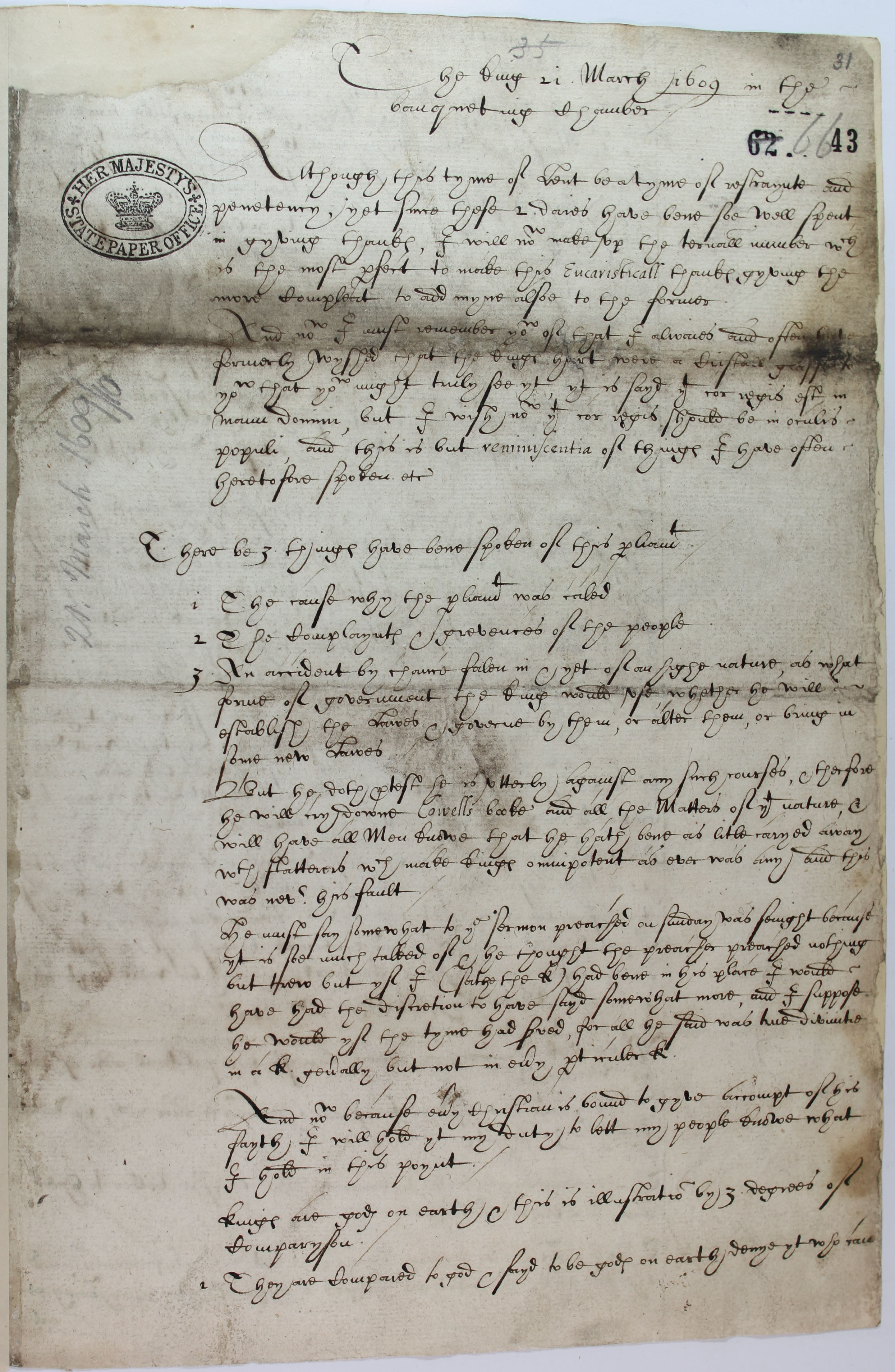 This covers James I’s opinions on Divine Right which were central to debates on Parliamentary prerogative.

Although this time of Lent be a time of restraint and penitence, yet since these 2 days have been so well spent giving thanks, I will now make up the terminal [final] number which is the most present to make this Eucharistical thanks giving the more complete to add mine also to the service.

And now I must remember you of that I always and often but formerly wished that the King’s heart were a Crystal glass that you might truly see it, it is said that cor regis est in meum dominum [the king’s heart is in the hand of the Lord], but I wish how that cor regis should be in oculis populi [the King’s heart should be in the eyes of the people], and this is but reminiscentia [reminiscent] of things I have often here to for spoken etc.

There be 3 things have been spoken of this Parliament.

But he doth protest he is utterly against any such courses, & therefore he will cry down Cowell’s book and all the matters of that nature, & will have all men know that he hath been as little carried away with flatterers which make kings omnipotent as ever was any and this was never his fault.

He must say somewhat to the sermon preached on Sunday was sought because it is so much talked of & he thought the preacher preached nothing but truth but if I (saith the King) had been in his place I would have had the discretion to have said somewhat more, all I suppose he would if the time had proved, for all he said was true divinity in a King generally but not in every particular King.

And now because every Christian is bound to give an account of his faith I will hold it my duty to let my people know what I hold in this point.

Kings are gods on earth & this is illustrated by 3 degrees of comparison….