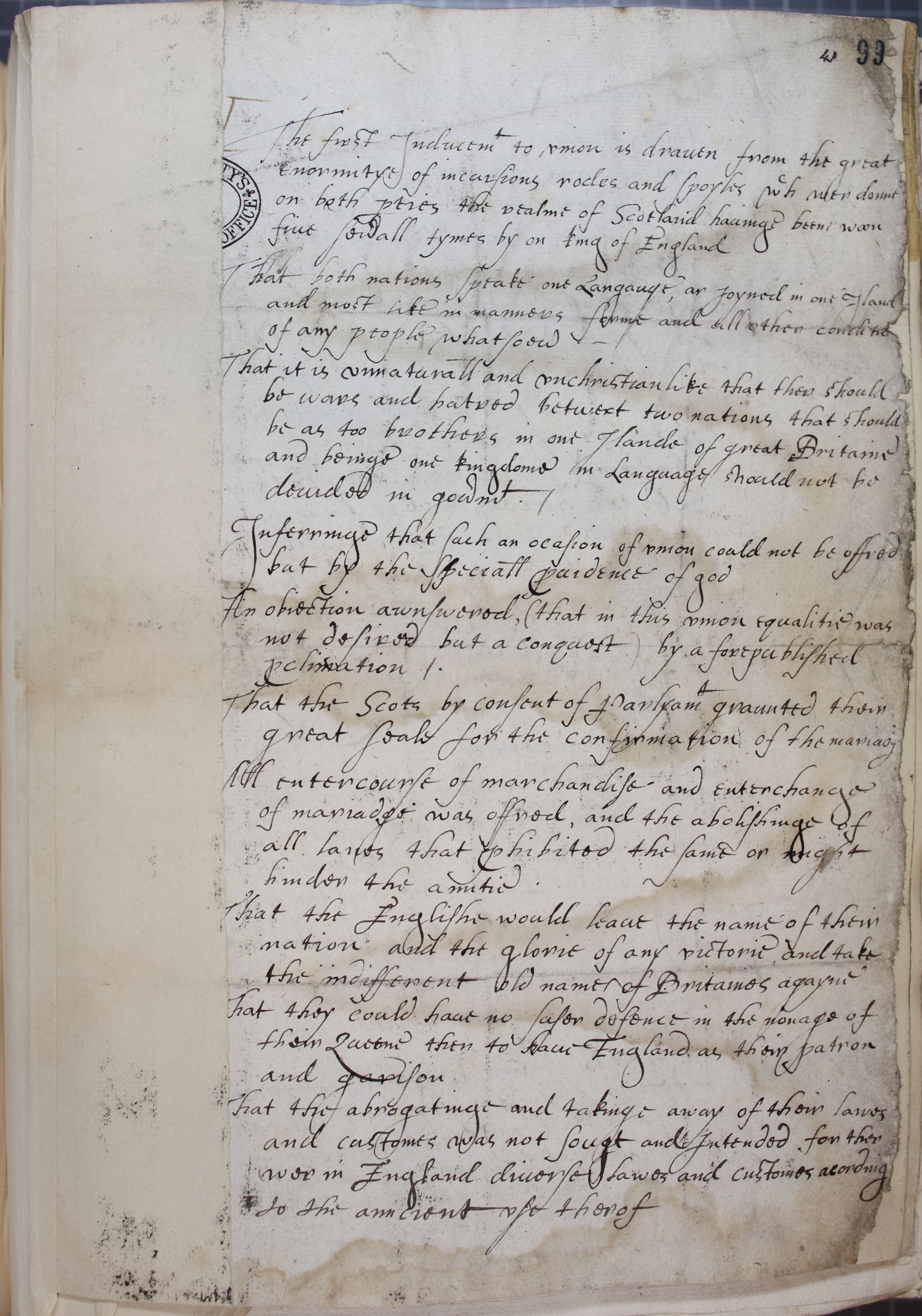 Ideas and possible objections for union are expanded upon here.

The first Inducement [encouragement] to union is from the great enormity of incursions, rods, and spoils which were done on both parties, the realm of Scotland having been won fiue, several times by our King on England.

That both nations speak one language, are joined in one land and most like in manners, form and all other conducts of any people whatsoever.

That is unnatural and un-christianlike that they should be wars and hatred between two nations that should be as two brothers in one Island of great Britain and being one kingdom in language should not be divided in government.

Inferring that such an occasion of union could not be offered but by the special providence of god.

An objection answered (that in this union equality was not desired but a conquest) by a for-published [previously published] proclamation.

All intercourse of merchandise and interchange of marriage was offered, and the abolishing of all laws that prohibited the same or might hinder the amity [friendship].

That the English would have the name of their nation and the glory of any victory, and take the indifferent old names of Britain’s again.