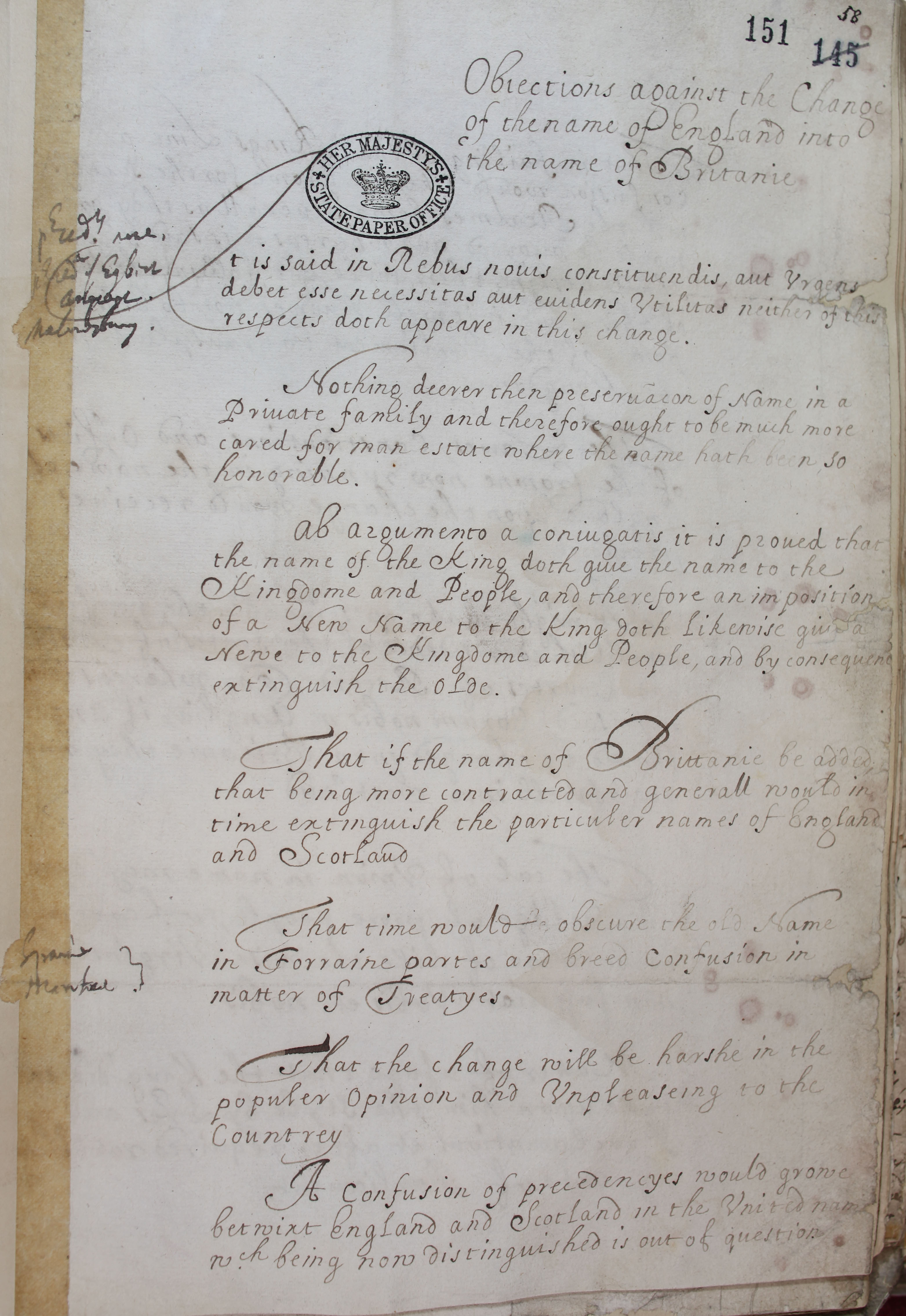 Arguments against changing the name of England to Britain are explored and there is evident concern over popular opinion.

It is said in Rebus novis constituendis, aut Virgens debet esse necessitas aut evidens Veilitas [that when it comes to establishing new things, either there ought to be some fresh necessity or some obvious old age] neither of this respects doth appear in this change.

Nothing dearer then preservation of name in a private family and therefore ought to be much more cared for [in a] man’s estate where the name hath been so honourable.

That if the name of Britain be added that being more contracted and general would in time extinguish the particular names of England and Scotland.

That time would obscure the old name in foreign parts and breed confusion in matter of treaties.

That the change will be harsh in the popular opinion and unpleasing to the country.

A confusion of precedents would grow between England and Scotland in the united name which being now distinguished is out of question.