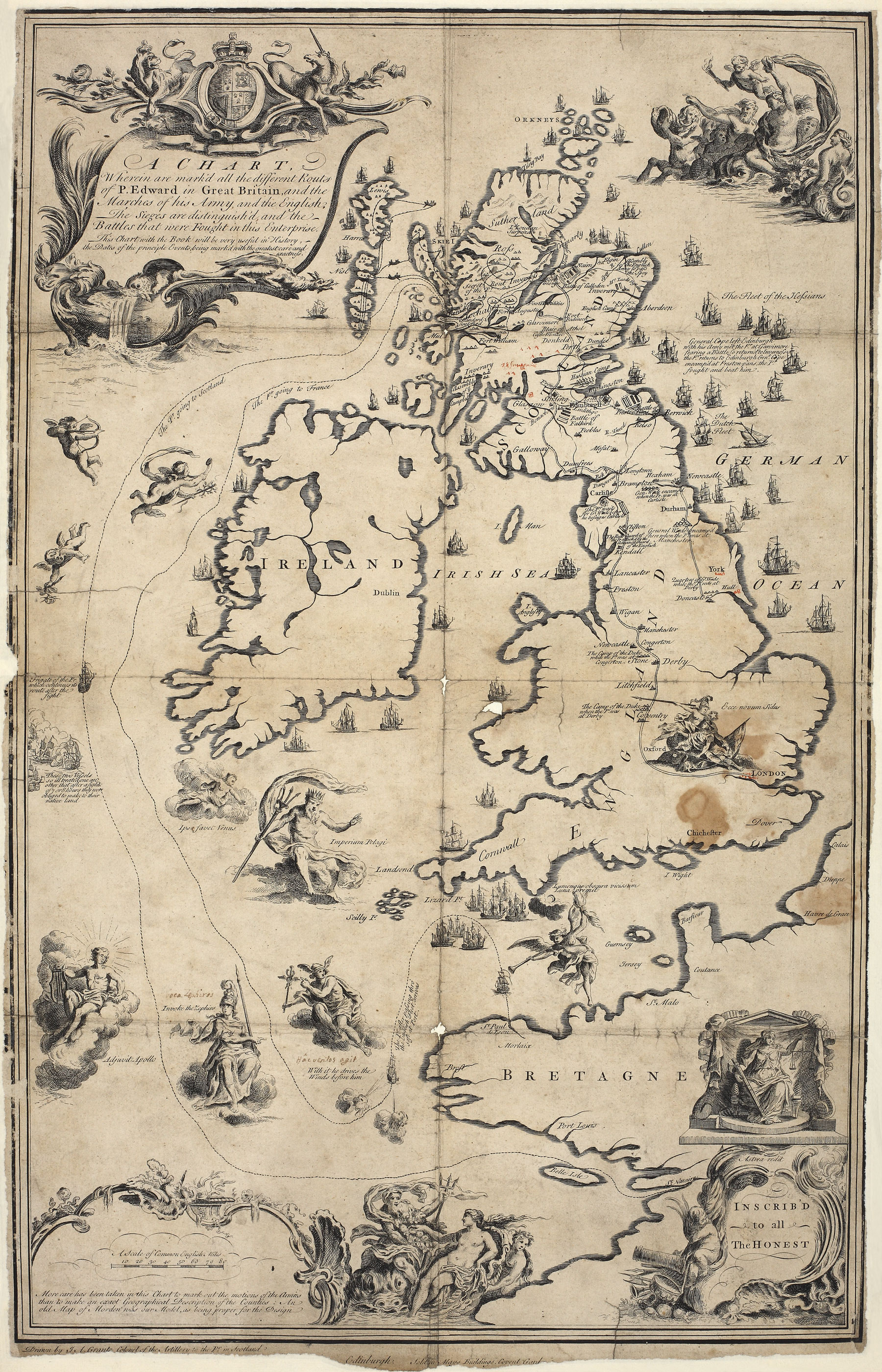 Map of Great Britain drawn by J.A. Grante, Colonel of the Artillery to Prince Charles Edward Stuart in Edinburgh. It was produced in 1749, and probably only a proof, so few copies would have been seen by the public (MPF 1/2).

Wherein are mark’d all the different Routs of P. Edward [Prince Charles Edward Stewart] in Great Britain, and the Marches of his Army, and the English. The Sieges are distinguish’d, and the Battles that were Fought in this Enterprise [process].
This Chart with the Book will be very useful in History, the Dates of the principle Events, being marked with the greatest care and exactness.

The Fleet of the Hessians
General Cope left Edinburgh with his army met the Pr [Prince] at Garvimore fearing a Battle so return’d to Inverness the Pr. [Prince] Returns to Edinburgh [General] Cope encamp’d at Preston-pans, the Pr. [Prince] Fought and beat him.

More care has been taken in this Chart to mark out the motions of the armies than to make an exact Geographical Description of the Counties: An old Map of Morden was our Model, as being proper for the Design

INSCRIB’D – to all –The HONEST [a name that the Jacobites called themselves].