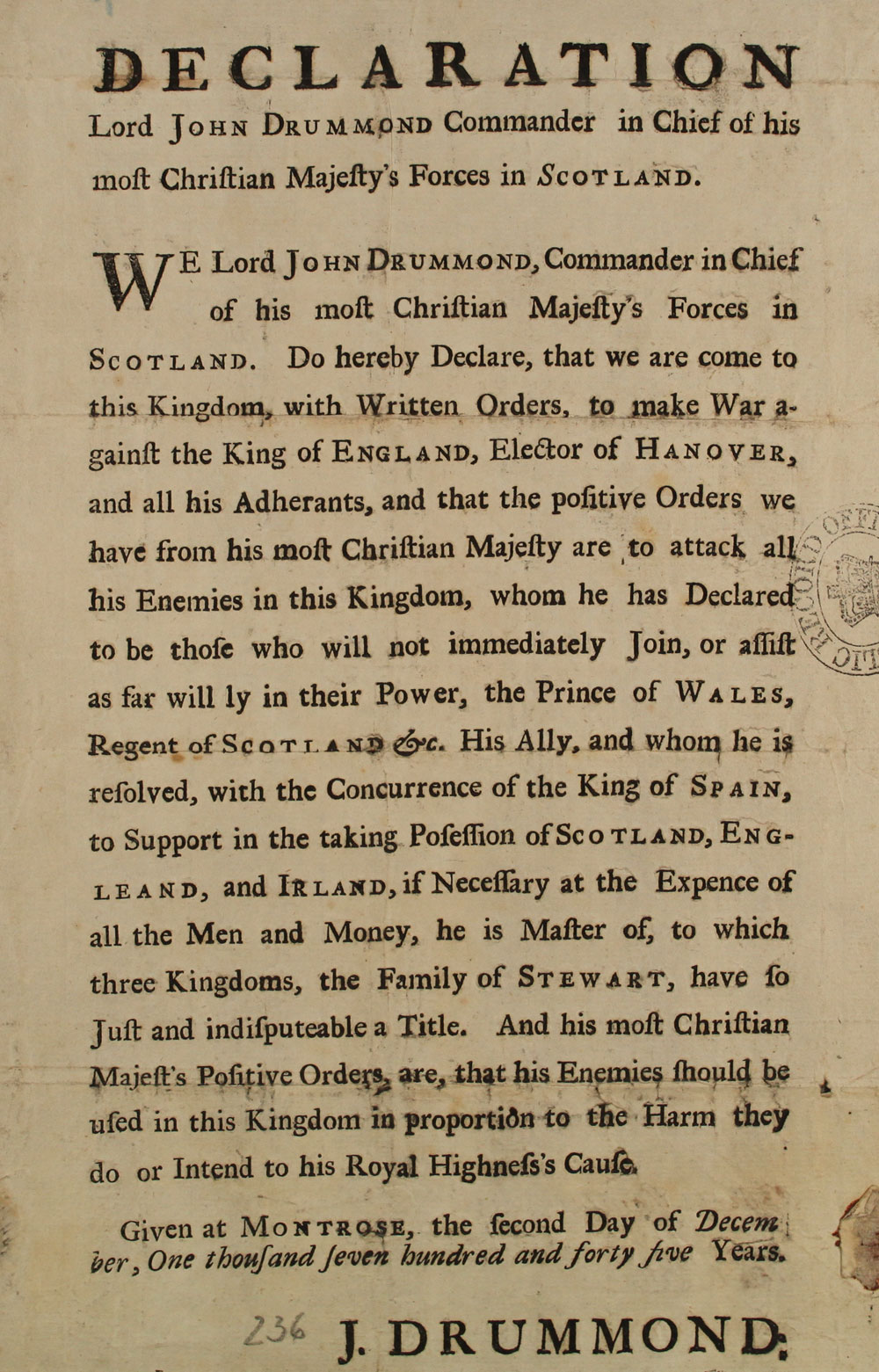 Lord JOHN DRUMMOND Commander in Chief of his most Christian Majesty’s Forces in SCOTLAND.

WE Lord JOHN DRUMMOND, Commander in Chief of his most Christian Majesty’s Forces in SCOTLAND. Do hereby Declare, that we are come to this Kingdom, with Written Orders, to make War against the King of ENGLAND, Elector of HANOVER, and all his Adherants, and that the positive Orders we have from his most Christian Majesty are to attack all his Enemies in this Kingdom, whom he has Declared to be those who will not immediately Join, or assist as far will ly in their Power, the Prince of WALES, Regent of SCOTLAND etc. His Ally, and whom he is resolved, with the Concurrence of the King of SPAIN, to Support in the taking Posession of SCOTLAND, ENGLEAND, and IRLAND, if Necessary at the Expence of all the Men and Money, he is Master of, to which three Kingdoms, the Family of STEWART, have so Just and indisputeable a Title. And his most Christian Majest’s Positive Orders are, that his Enemies should be used in this Kingdom in proportion to the Harm they do or Intend to his Royal Highness’s Cause.

Given to MONTROSE, the second Day of December, One thousand seven hundred and forty five Years.