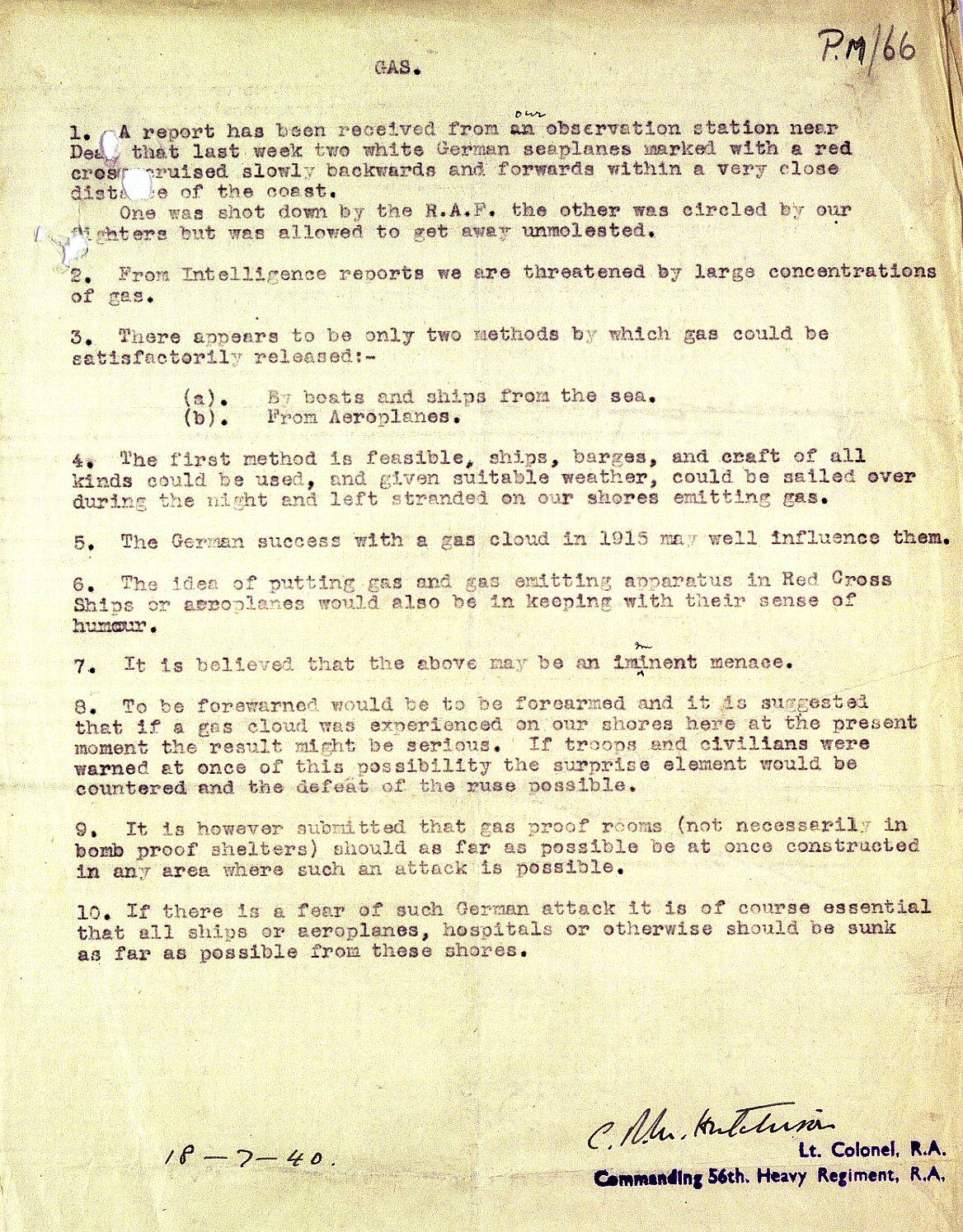 1. A report has been received from an observation station near Deal that last week two white German seaplanes marked with a red cross cruised slowly backwards and forwards within a very close distance of the coast.

One was shot down by the R.A.F. the other was circled by our fighters but was allowed to get away unmolested.

2. From Intelligence reports we are threatened by large concentrations of gas.

3. There appears to be only two methods by which gas could be satisfactorily released:-

(a). By boats and ships from the sea.

4. The first method is feasible, ships, barges, and craft of all kinds could be used, and given suitable weather, could be sailed over during the night and left stranded on our shores emitting gas.

5. The German success with a gas cloud in 1915 may well influence them.

6. The idea of putting gas and gas emitting apparatus in Red Cross Ships or aeroplanes would also be in keeping with their sense of humour.

7. It is believed that the above may be an imminent menace.

8. To be forewarned would be to be forearmed and it is suggested that if a gas cloud was experienced on our shores here at the present moment the result might be serious. If troops and civilians were warned at once of this possibility the surprise element would be countered and the defeat of the ruse possible.

9. It is however submitted that gas proof rooms (not necessarily in bomb proof shelters) should as far as possible be at once constructed in any area where such an attack is possible.

10. If there is a fear of such German attack it is of course essential that all ships or aeroplanes, hospitals or otherwise should be sunk as far as possible from there shores.