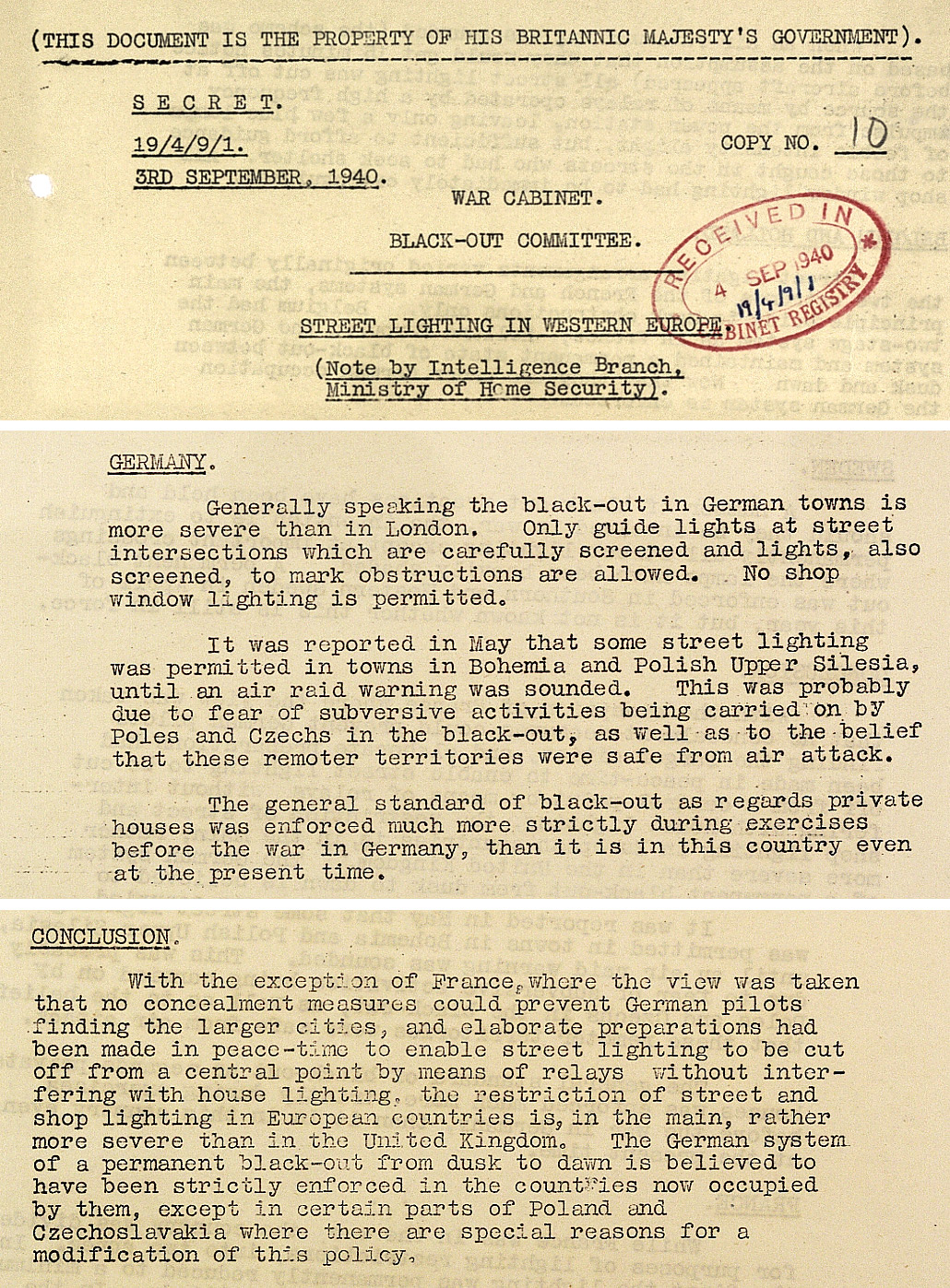 Secret War Cabinet document on the Blackout in the rest of Western Europe, 1940, Catalogue ref: CAB 21/1093.

(THIS DOCUMENT IS THE PROPERTY OF HIS BRITANNIC MAJESTY’S GOVERNMENT).

Generally speaking the black-out in German towns is more severe than in London. Only guide lights at street intersections which are carefully screened and lights, also screened, to mark obstructions are allowed. No shop window lighting is permitted.

It was reported in May that some street lighting was permitted in towns in Bohemia and Polish Upper Silesia, until an air raid warning was sounded. This was probably due to fear of subversive activities being carried on by Poles and Czechs in the black-out, as well as to the belief that these remoter territories were safe from air attack.

The general standard of black-out as regards private houses was enforced much more strictly during exercises before the war in Germany, than it is in this country even at the present time.

With the exception of France, where the view was taken that no concealment measures could prevent German pilots finding the larger cities, and elaborate preparations had been made in peace-time to enable street lighting to be cut off from a central point by means of relays without interfering with house lighting, the restriction of street and shop lighting in European countries is, in the main, rather more severe than in the United Kingdom. The German system of a permanent black-out from dusk to dawn is believed to have been strictly enforced in the countries now occupied by them, except in certain parts of Poland and Czechoslovakia where there are special reasons for a modification of this policy.