Gas chambers and crematoria at Birkenau 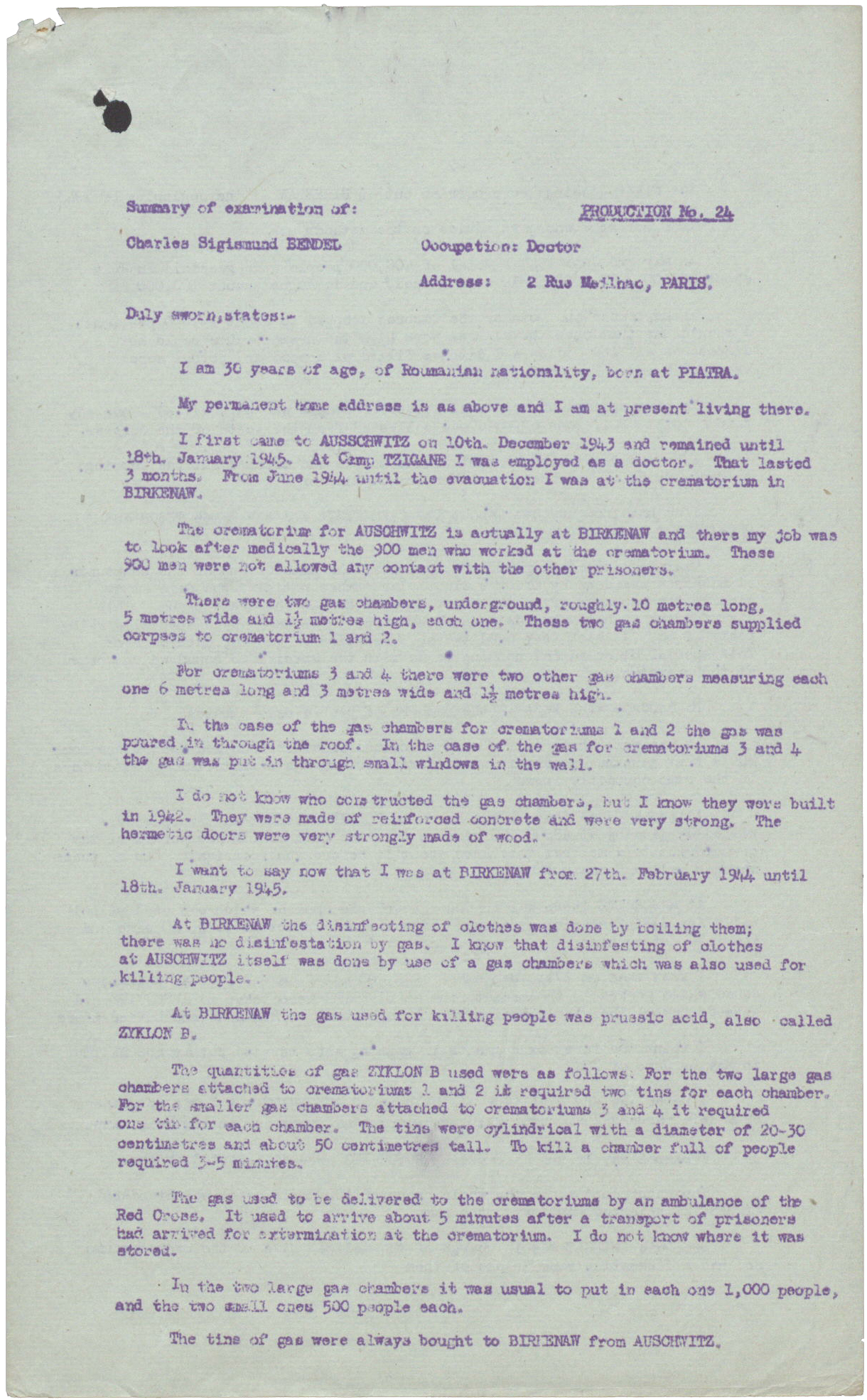 Summary of interview with Dr Bendel, a doctor in the crematoria of Birkenau camp (catalogue reference WO 309/625)

Summary of examination of:

I am 30 years of age, of Roumanian nationality, born at PIATRA.

My permanent home address is as above and I am at present living there.

I first came to AUSSCHWITZ on 10th. December 1943 and remained until 18th. January 1945. At Camp TZIGANE I was employed as a doctor. That lasted 3 months. From June 1944 until the evacuation I was at the crematorium in BIRKENAW.

The crematorium for AUSCHWITZ is actually at BIRKENAW and there my job was to look after medically the 900 men who worked at the crematorium. These 900 men were not allowed any contact with other prisoners.

For crematoriums 3 and 4 there were two other gas chambers measuring each one 6 metres long and 3 metres wide and 1 1/2 metres high.

I do not know who constructed the gas chambers, but I know they were built in 1942. They were made of reinforced concrete and were very strong. The hermetic doors were very strongly made of wood.

At BIRKENAW the gas used for killing people was prussic acid, also called ZYKLON B.

The gas used to be delivered to the crematoriums by an ambulance of the Red Cross. It used to arrive about 5 minutes after a transport of prisoners had arrived for extermination at the crematorium. I do not know where it was stored.

In the two large gas chambers it was usual to put in each one 1,000 people, and the two small ones 500 people each.

The tins of gas were always brought to BIRKENAW from AUSCHWITZ.