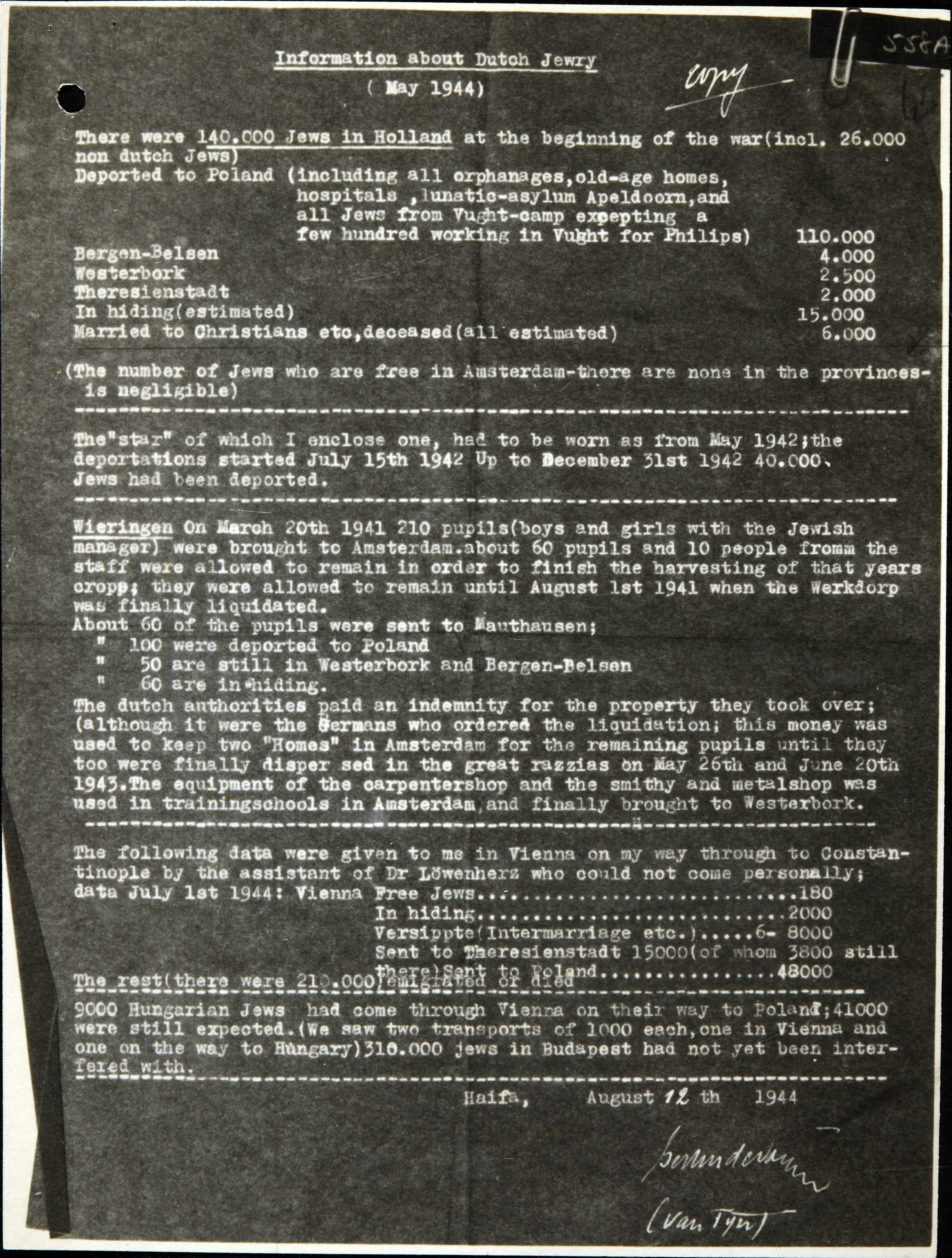 Deported to Poland (including all orphanages, old-age homes, hospitals, lunatic-asylum Apeldoorn, and all Jews from Vught-camp excepting a few hundred working in Vught for Philips) 110.000

Wieringen on March 20th 1941 210 pupils (boys and girls with the Jewish manager) were brought to Amsterdam about 60 pupils and 20 people from the staff were allowed to remain in order to finish the harvesting of that years crops; they were allowed to remain until August 1st 1941 when the Werkdorp was finally liquidated.

About 60 of the pupils were sent to Mauthausen;

“ 50 are still in Westerbork and Bergen-Belsen

The dutch authorities paid an indemnity for the property they took over; (although it were the Germans who ordered the liquidation; this money was used to keep two ‘Homes’ in Amsterdam for the remaining pupils until they too were finally dispersed in the great razzias on May 26th and June 20th 1943. The equipment of the carpentershop and the smithy and metalshop was used in trainingschools in Amsterdam and finally brought to Westerbork.

The following data were given to me in Vienna on my way through to Constantinople by the assistant of Dr Löwenherz who could not come personally;

9000 Hungarian Jews had come through Vienna on their way to Poland; 41000 were still expected. (We saw two transports of 1000 each, one in Vienna and one on the way to Hungary) 310000 jews in Budapest had not yet been interfered with.