Suez and the United States 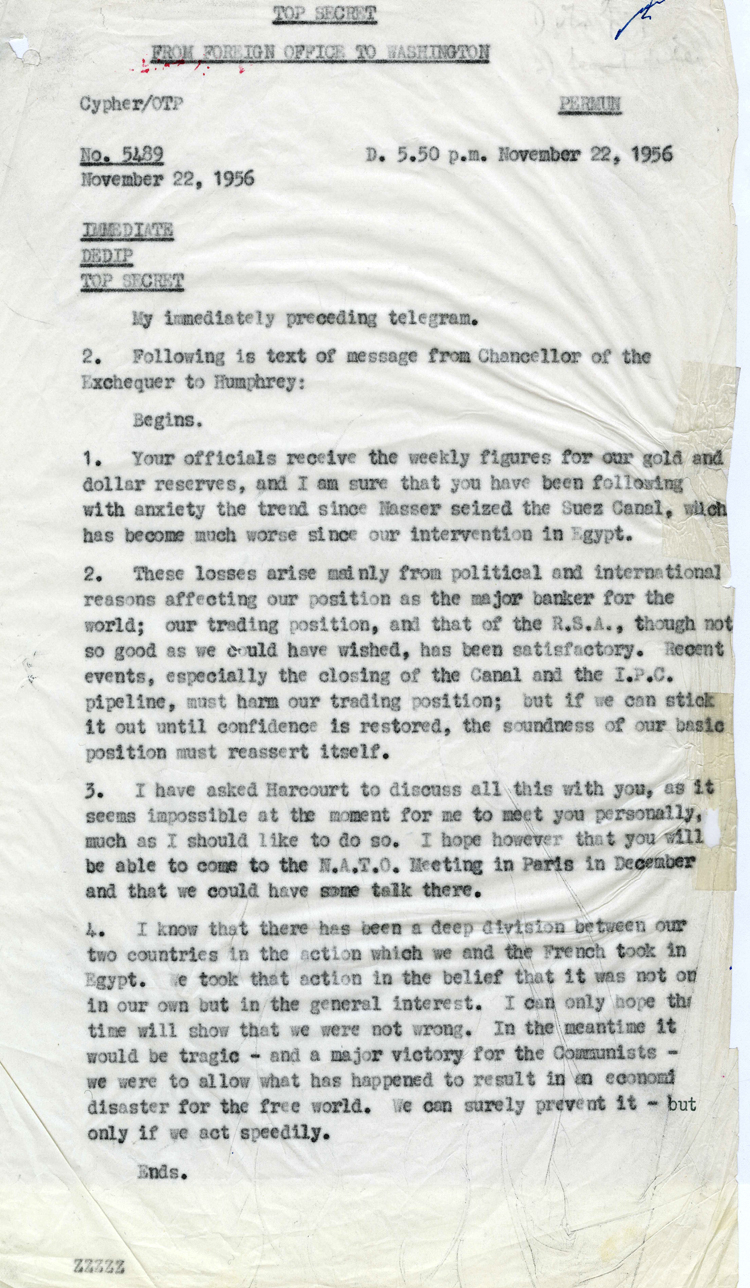 FROM FOREIGN OFFICE TO WASHINGTON

2. Following is text of message from Chancellor of the Exchequer to Humphrey:

1. Your officials receive the weekly figures for our gold and dollar reserves, and I am sure that you have been following with anxiety the trend since Nasser seized the Suez Canal, which has become much worse since our interventions in Egypt.

2. These losses arise mainly from political and international reasons affecting our position as the major banker for the world; our trading position and that of the R.S.A., though not so good as we could have wished, has been satisfactory. Recent events, especially the closing of the Canal and the I.P.C. pipeline, must harm our trading position; but if we can stick it out until confidence is restored, the soundness of our basic position must reassert itself.

3. I have asked Harcourt to discuss all this with you, as it seems impossible at the moment for me to meet you personally much as I should like to do so. I hope however that you will be able to come to the N.A.T.O. Meeting in Paris in December and that we could have some talk there.

4. I know that there has been a deep division between our two countries in the action which we and French took in Egypt. We took that action in the belief that it was not [only] in our own but in the general interest. I can only hope [that] time will show that we not wrong. In the meantime it would be tragic- and a major victory for the communists- [if] we were to allow what has happened to result in an economic disaster for the free world. We can surely prevent it- but only if we act speedily.