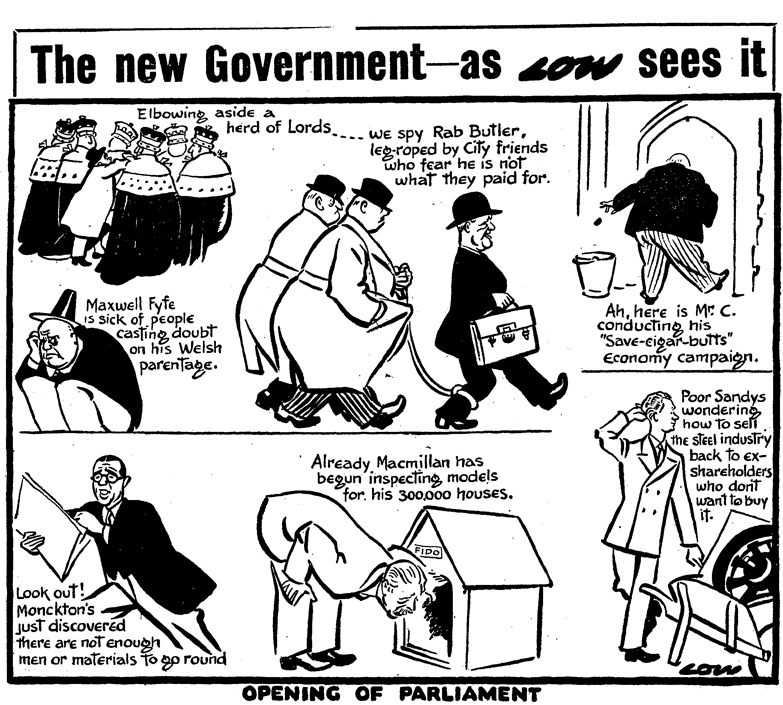 From the collection of the British Cartoon Archive, University of Kent. © Solo Syndication

The new Government – as Low sees it

[Man elbowing aside a group of men dressed in robes and crowns:]

Elbowing aside a herd of Lords…

[Two men in trench coats following a suited man with a rope around his leg:]

we spy Rab Butler, leg-roped by City friends who fear he is not what they paid for.

Maxwell Fyfe is sick of people casting doubt on his Welsh parentage.

[Harried man holding onto a file:]

Look out! Monckton’s just discovered there are not enough men or materials to go around.

[Man bending down to inspect a dog house labelled Fido:]

Already Macmillan has begun inspecting models for his 300,000 houses.

[Man standing next to a wheelbarrow with a steel propeller in it:]

Poor Sandys, wondering how to sell the steel industry back to ex-shareholders who don’t want to buy it.