The Great Seal of Elizabeth I 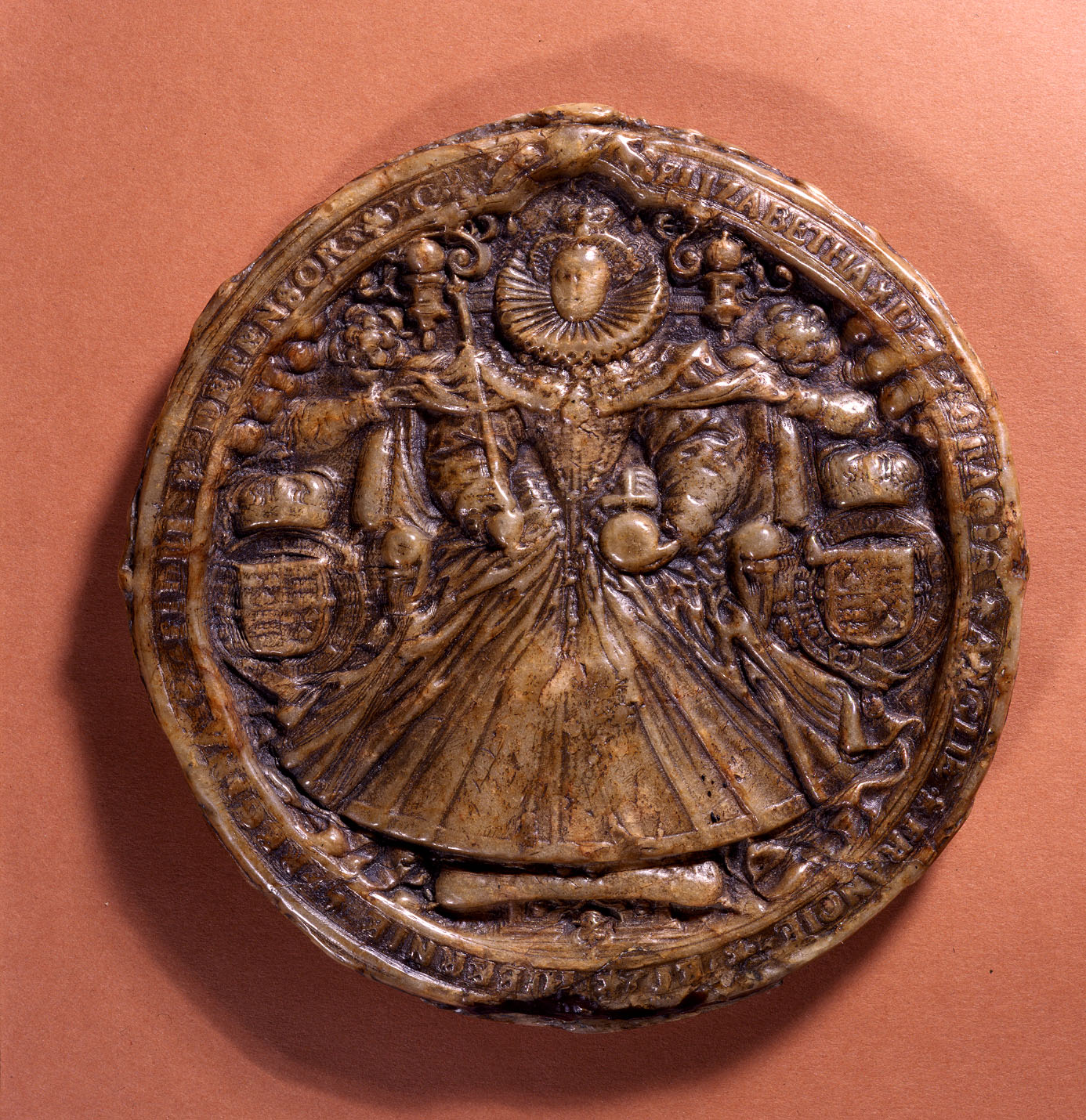 Almost all documents during the Tudor period were closed with seals, both to ensure that they would not be read before they reached the intended recipient and to identify the sender. Most seals had a picture of the owner and a motto around the edge. The same was true of a Great Seal, which belonged to the monarch and was attached to all the important transactions that he or she carried out.

The Great Seal was also an important instrument of propaganda. Of all the Tudor monrachs, Elizabeth I was the most skilled at crafting her public image. This, her second Great Seal, is laden with symbolism. The inscription reads: Elizabetha dei gracia Anglie Francie et Hibernie Regina Fidei Defensor (‘Elizabeth, by grace of God, Queen of England, France and Ireland, Defender of the Faith’). It depicts the queen in typically resplendent dress, flanked by the royal arms and Tudor roses. It was engraved by the celebrated miniaturist Nicholas Hilliard.

The image presented in this seal became the unwritten ‘official’ portrayal of the queen, and was reproduced in numerous potraits and illuminations.