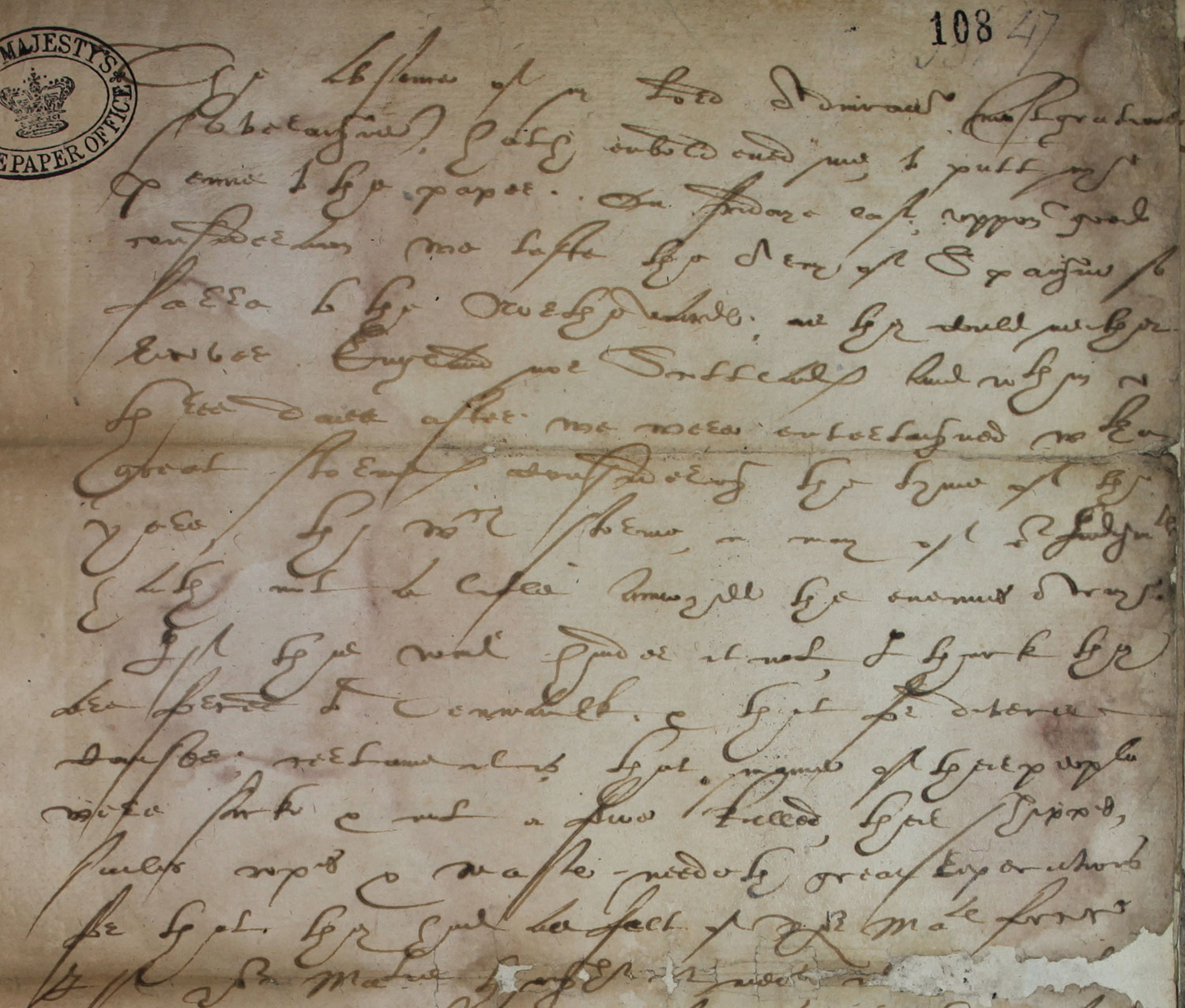 The queen would have rejoiced upon receiving this letter from her most celebrated naval commander, in which he announced the flight of the mighty Spanish Armada. The skill of Elizabeth’s navy, coupled with some fortuitous weather, had scattered Philip II’s ships. Many had been lost, and those that survived were blown so far northwards that they could reach neither England nor Scotland. The defeat of the Spanish Armada catapulted Elizabeth’s kingdom onto the world stage. It also secured the queen’s reputation as the iconic ‘Gloriana’ and her reign as the ‘Golden Age’. Although Drake was only second in command, he grabbed all of the glory. Even Elizabeth’s enemy Pope Sixtus V was fulsome in his praise, exclaiming: ‘Have you heard how Drake with his fleet has offered battle to the Armada? With what courage!  Do you think he showed any fear? He is a great captain.’ The Spanish nicknamed him ‘El Draque’, the dragon.

The absence of my Lord Admirall most gratious Soverayne, hath emboldened me, to putt my penne to the paper. On fridaye last, upon good consideracion we lefte the army of Spagne so farre to the northewardes, as they could neither recover England nor Scottland. And within three daies after we were entertayned with a great storme, considering the tyme of the yere, the which storme, in many of our judgmentes hath not a litle annoyedd the enemies army. If the wind hinder it not, I think they are forced to Denmark, & that for diverce causes. Certain it is that manie of their people were sick and not a fewe killed, there shippes, sailes ropes & mastes needeth great reperations for that they had all felt of your Majestie’s force…