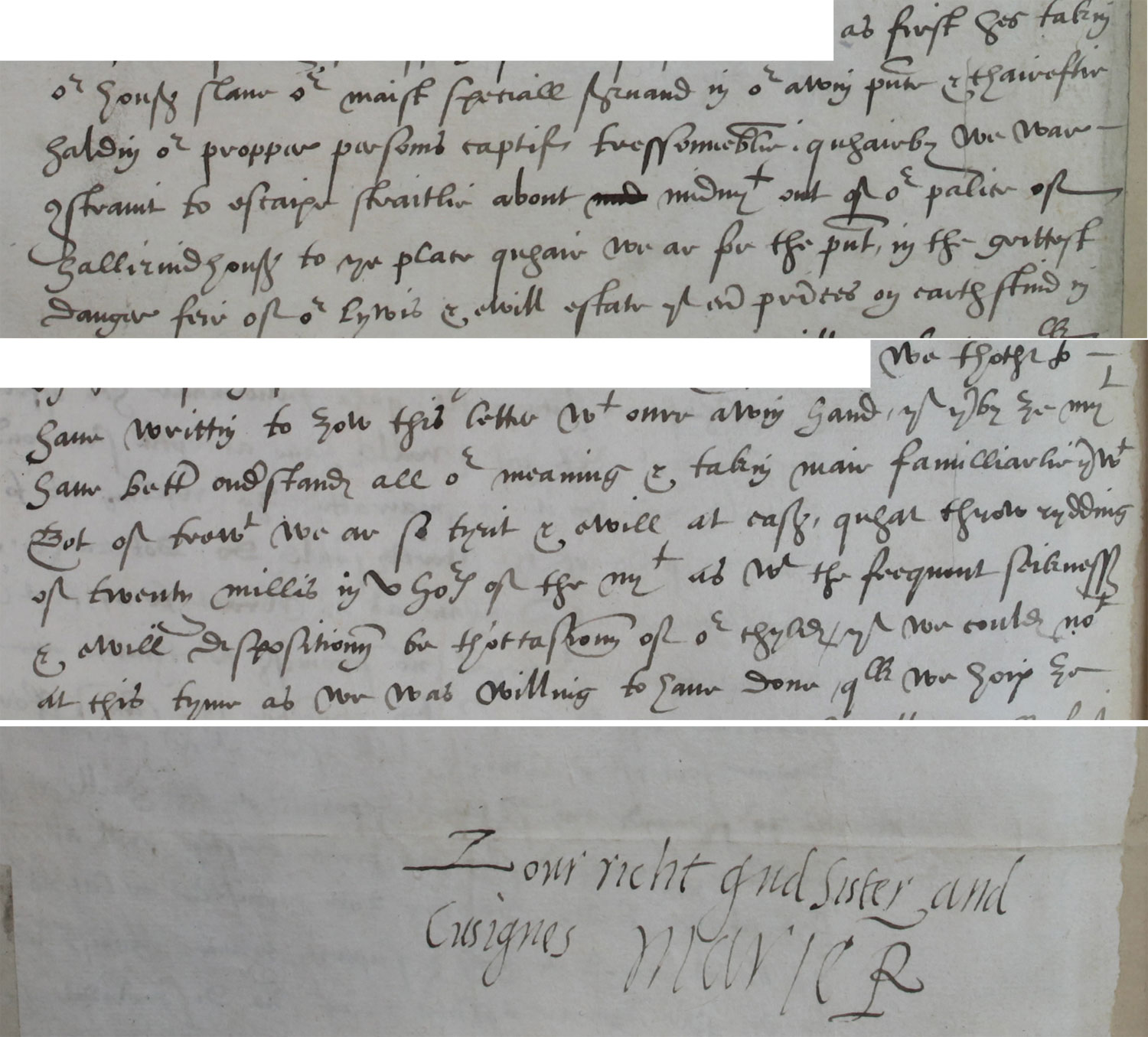 This letter, which is written in broad Scots, describes the murder in Mary’s presence at Holyroodhouse in Edinburgh of her Italian secretary David Rizzio. The murder had been orchestrated by her husband, Lord Darnley, and a group of Protestant Lords who were jealous of the influence that Rizzio enjoyed over the Scottish queen. It took place on the evening of 9 March 1565 when Mary had been taking supper with Rizzio in her private apartments. Her husband held her down and one of his fellow conspirators pointed a pistol at her belly while her hapless secretary was dragged out of the room, clutching at her hem and screaming for her to save him. He was then stabbed to death, in all receiving 56 wounds. After the murder, Mary was held prisoner at Holyrood but persuaded Darnley to run away with her. They reached Dunbar on 12 March, and it was from here that Mary dictated this letter, breathlessly describing the horrific episode to Elizabeth, to whom she always referred as a ‘sister queen’. Although Elizabeth replied in the same affectionate terms, she never trusted Mary and must have derived some satisfaction from hearing about the collapse of her rival’s regime.

We thotht to have writtin to you this letter with oure awin [own] hand, that therby ye myght have better onestand all our meaning & takin mair [more] familliarlie therewit. Bot of trewt [truth] we ar so tyrit [tired] & ewill [ill] at eass [ease], quhat [what] throw rydding of twenty millis [miles] in v [5] horis [hours] of the nyght as wit the frequent seikness & weill dispositioun be th’occasioun of our child/that we could not at this tyme as we was willing to have done…