Elizabeth’s translation of The Consolation of Philosophy 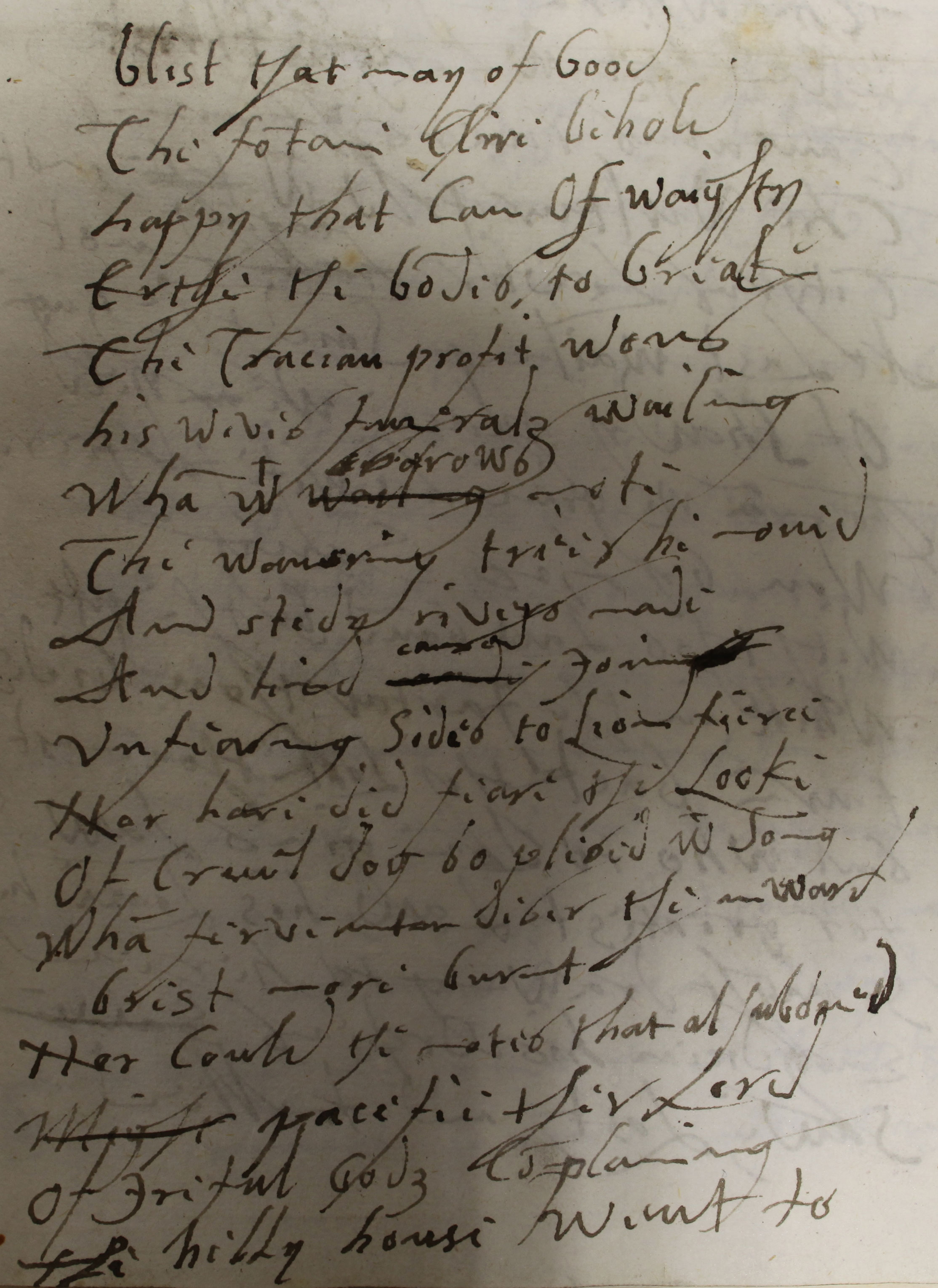 Elizabeth had an exceptional intellect and had always loved learning for its own sake. From the age of five, she had been taught a range of languages, including Latin and Greek, and she loved to make translations of classical authors. It was clearly an abiding passion because the translation shown here was undertaken by the queen shortly after her sixtieth birthday. There is no evidence that it was intended for circulation, but rather for the pleasure that it gave her. She worked on it while staying at Windsor Castle in the autumn of 1593 and began writing it all in her own hand. After a few pages, however, she started dictating the prose sections to her secretary, Thomas Windebank, while continuing to write the verse herself. Boethius’s work had been written from prison during the closing years of the Roman Empire. It had already been ‘Englished’ by authors such as King Alfred, Geoffrey Chaucer and William Caxton. The following verse, in Elizabeth’s hand, uses the example of Orpheus to show that the light of truth may be lost by returning to darkness.

blist that may of Good

happy that Can of weighty

The wavering trees he moved

Nor hare did feare the Looke

Of Cruel dog so plised with Song

Nor Could the notes that al subdued

The helly house went to…