Elizabeth I to Robert Devereux 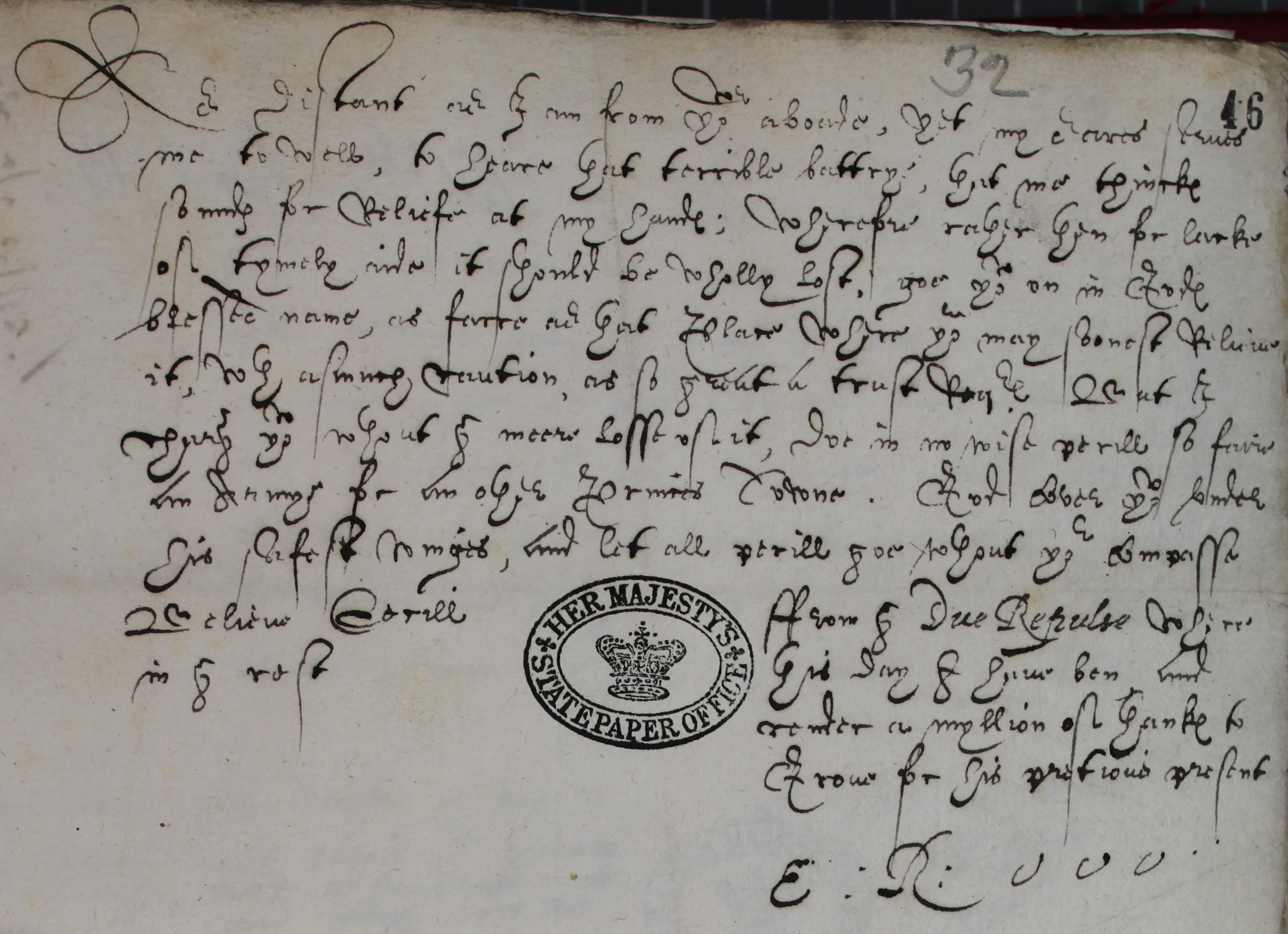 Throughout the winter and spring of 1595-6, great preparations were being made for a combined naval and military expedition against Spain. Although the first Armada had been soundly beaten in 1588, a second was feared imminent. At the beginning of April, news reached Elizabeth that Archduke Albert of Austria, Governor-General of the Spanish Netherlands, was preparing to lay siege to Calais, which had been held by France since its loss by Elizabeth’s sister Mary in 1558. The Earl of Essex, Elizabeth’s last great favourite, and Lord Charles Howard, the Lord Admiral, hastened down to Dover to collect all available troops and ships. But the queen, ever averse to expensive foreign wars, hesitated and haggled over the terms on which her help should be given. On 14 April the noise of the cannonade was heard in London and the order to embark was given. But no sooner had the troops boarded the ships than news came that Calais had fallen.

As distant as I am from your abowde, yet my eares serves me too well, to heare that terrible battery that methinkes sounds for relief at my handes; wherefore rather than for lacke of tymely aide it should be wholly lost, goe you on in God’s Blessed name, as farre as that place where you may soonest relieve it, with asmuch caution, as so great a trust requires. But I charge you without the mere losse of it, doe in no wise perill so faire an Armye for another Prince’s Town. God cover you under His safest winges, and let all perill goe without your Compasse. Believe Cecill in the rest.

From the Due Repulse, where this day I have ben, and render a myllion of thankes to Grove for his precious present.