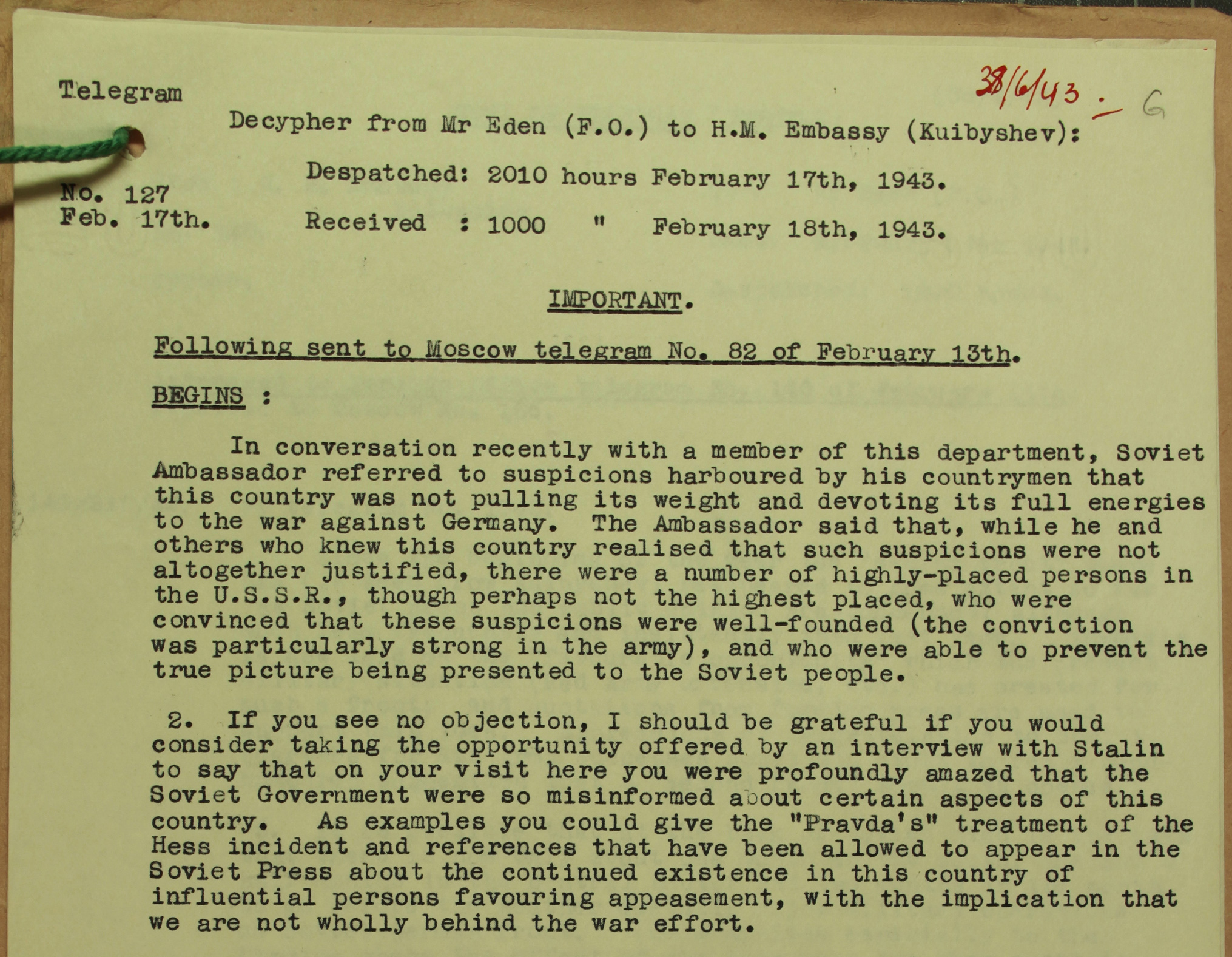 Following sent to Moscow telegram No. 82 of February 13th

In conversation recently with a member of this department, Soviet Ambassador referred to suspicions harboured by his countrymen that this country was not pulling its weight and devoting its full energies to the war against Germany. The ambassador said that, while he and others who knew this country realised that such suspicions were not altogether justified, there were a number of highly placed persons in the USSR, though perhaps not the highest placed, who were convinced that these suspicions were well founded (the conviction was particularly strong in the army), and who were able to prevent the true picture being presented to the Soviet people.

If you see no objection, I would be grateful if you would consider taking the opportunity offered by an interview with Stalin to say that on your visit here you were profoundly amazed that the Soviet Government were so misinformed about certain aspects of this country. As examples you could give the ‘Pravda’s’ treatment of the Hess incident and references that have been allowed to appear in the Soviet press about the continued existence in this country of influential persons favouring appeasement, with the implication that we are not wholly behind the war effort.