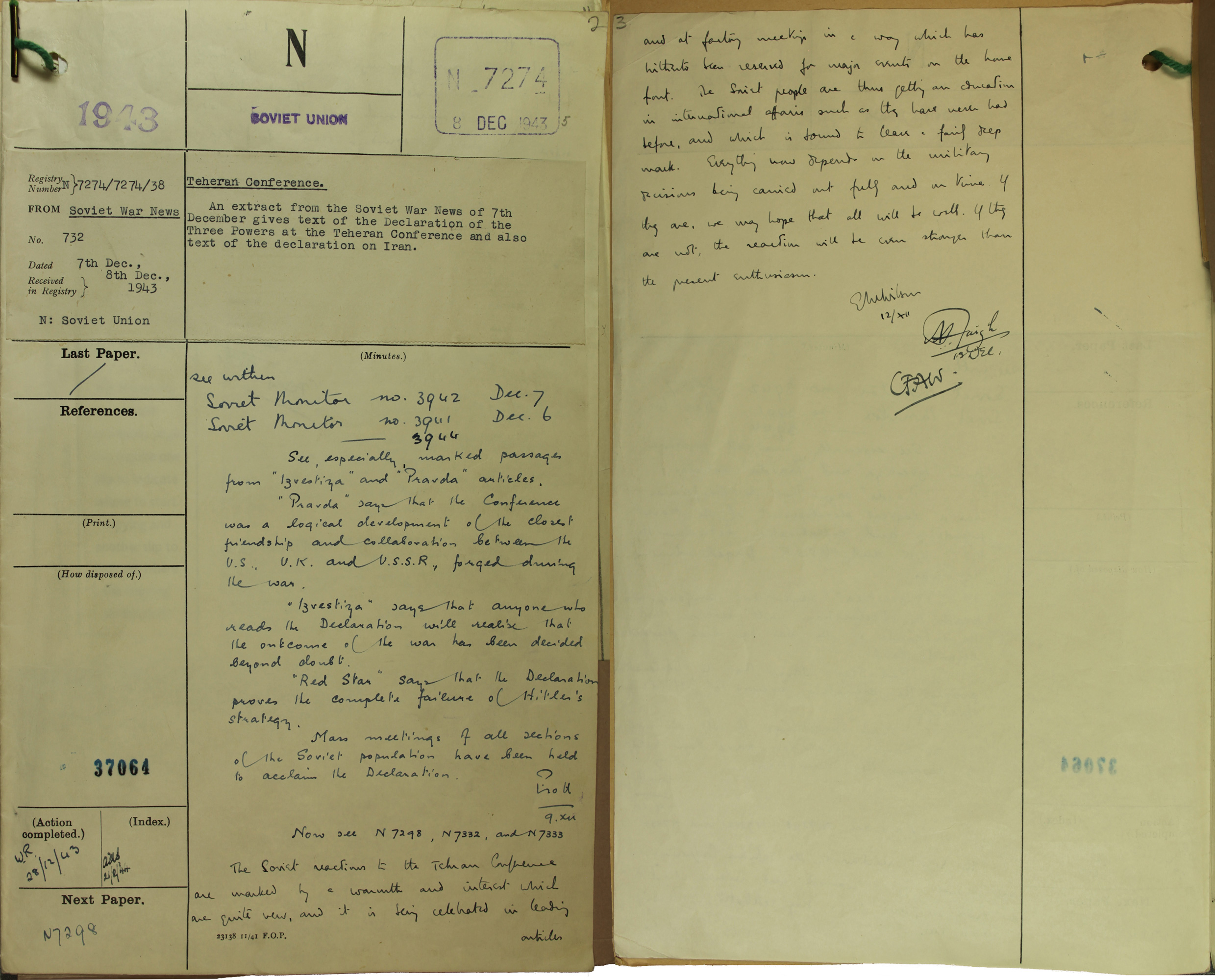 Handwritten notes on the cover of a report written by British officials in Moscow in December 1943. (Catalogue ref: FO 371/37064)

“Pravda” says that the Conference was a logical development of the closest friendship and collaboration between the US, UK and USSR, forged during the war.

“Izvestiza” says that anyone who reads the Declaration will realise that the outcome of the war has been decided beyond doubt.

“Red Star” says that the Declaration proves the complete failure of Hitler’s strategy.

Mass meetings of all sections of the Soviet population have been held to acclaim the Declaration.

The Soviet reactions to the Tehran Conference are marked by a warmth and interest which are quite new and it is being celebrated in leading articles and at factory meetings in a way which has hitherto been reserved for major events on the home front. The Soviet people are thus getting an education in international affairs such as they have never had before and which is bound to leave a fairly deep mark. Everything now depends on the military business being carried out fully and on time. If they are, we may hope that all will be well. If they are not, the reaction will be even stronger than the present enthusiasm.